Good morning, early birds. South Australia has reintroduced a number of COVID-19 restrictions from midnight last night, and a former executive assistant to acting Immigration Minister Alan Tudge has reportedly urged Scott Morrison to support an investigation into his office. It's the news you need to know, with Chris Woods.

The ABC reports that South Australia has reintroduced a number of COVID-19 restrictions from midnight last night — including closing gyms, mandating masks at aged care facilities, and limiting private gatherings to groups of 10 — as SA Health reports that, despite a testing blitz, no new cases have been identified in the northern suburbs cluster beyond the 17 announced yesterday morning.

The broadcaster has listed a number of identified hotspots — including Elizabeth Shopping Centre, Mantra on Frome Hotel, and a Brompton aged care home — while Premier Steven Marshall has announced that all inbound international flights to Adelaide have been cancelled to make space at hotels for potential new cases, and that the Australian Defence Force will be deployed in the state.

Queensland, Tasmania, Western Australia, and the Northern Territory have again put up soft borders to the state, and The Australian ($) explains Scott Morrison is also sending contact tracers and hopes to salvage national cabinet plans to reopen Australian borders in time for Christmas.

PS: According to The Guardian, Jacinda Ardern yesterday labelled Australia’s higher-tolerance for community transmission “problematic” and indicated that a trans-Tasman bubble by Christmas is all but dead.

NOT GOING TO TUDGE

According to news.com.au, a former executive assistant to acting Immigration Minister Alan Tudge has claimed she felt “bullied” and “belittled” by the Victorian MP and has urged Scott Morrison to support an investigation into his office.

The news comes after Four Corners journalist Louise Milligan tweeted that Rachelle Miller — who went public about her affair with Tudge and has lodged an official complaint with the Department of Finance over bullying accusations — was told on what would have been her first day of work at a Defence contractor that they “need more time to consider” her contract given her media appearance.

Tudge yesterday issued a plea on Facebook for voters to forgive him for the affair, but has rejected bullying allegations.

PS: As The Sydney Morning Herald reports, former Labor MP Emma Husar outlined to Q+A last night why male politicians do not face the same level of scrutiny she did following unproven allegations of sexualised workplace misconduct, while Barnaby Joyce — whose affair, it should be noted, included the creation of two staffer jobs for Vikki Campion — argued against “the state” instituting bonk bans.

As we reported over at sister-site The Mandarin, the Morrison government yesterday settled the class action lawsuit against robodebt — which Tudge oversaw as government service minister and defended to the point of leaking a critic’s personal information to The Canberra Times — for $112 million.

Bill Shorten and Greens senator Rachel Siewert yesterday repeated their call for a royal commission into the unlawful debt-averaging program, a call The Sydney Morning Herald today explains has been echoed by victims of the scheme at the Australian Unemployed Workers Union; union spokesman Thomas Studans has also called on law firm Gordon Legal to provide more information on why it chose to settle the case.

MONEY FOR SOMETHING, AND YOUR CHIPS FOR FREE

According to The Sydney Morning Herald, today’s NSW state budget will provide every adult in the state four $25 vouchers as stimulus for local dining and entertainment venues, and, under a separate $1 billion three-year scheme, will see interest-free loans available for apartment owners forced to replace flammable cladding on high-risk buildings.

The news comes after Treasurer Dominic Perrottet pledged that his financial plan should see the state’s unemployment level drop from a forecast 7.5% in Christmas to 5.25% by 2024.

PS: In less exciting news for the NSW government, The Sydney Morning Herald also reports that a secret Transport for NSW report into a highly contaminated block of land near Parramatta bought by the state government for $53.5 million classified the property as worthless.

According to The Guardian, US biotech firm Moderna has released interim analysis that found its COVID-19 vaccine has has an efficacy of 94.5%.

The company has also said it plans to apply for emergency-use authorisation from the Food and Drug Administration in the coming weeks, and follows similar announcements on candidates from Pfizer and BioNTech (90%) and Russia’s “Sputnik V” (“92%,” although Science explains why its 20 cited case subjects are far too few to be convincing).

WHY DID THEY ASK EVANS?

Finally, the Herald Sun ($) reports that publishing company Pan Macmillan has dumped Pete Evans after the celebrity chef and noted conspiracy theorist shared Nazi iconography — but his forthcoming appearance on I’m a Celebrity… Get Me Out of Here! is due to go ahead.

As Crikey reported yesterday, Evans posted a meme with the Nazi symbol of the Black Sun on his Facebook page — along with a since-deleted response to a reader’s comment naming the image, “I was waiting for someone to see that” — and has since apologised and suggested he did not know the symbol’s real meaning.

[responding to AFR headline ‘Victoria to spend $5.3b on social housing’]: This should read Socialist Victorian Government spends $5.3 billion to entrench inequality.

“With corporate rivals stalking him, his own board at loggerheads over his behaviour and reports of damaging anonymous emails circulating about him, it’s no wonder outgoing Nine CEO Hugh Marks was described as ’emotional’ this past weekend.

“He even raised the question of whether ‘someone was out to get [him]’.

“If there was, then the list of suspects could be very long.”

“Once the relationship with direct report Alexi Baker had commenced ‘a couple of months ago’, Marks should have informed the full Nine board. Instead, he didn’t tell them until last week, even though Baker resigned from the business with approving quotes from Marks provided to the AFR back on October 1.

“I had no idea about any of this when lodging this written question at the Nine annual general meeting (AGM) last Thursday:

The Sunday Telegraph published a story last May which seemed to suggest that our CEO was now in a relationship with an employee of Nine. Is this correct?

If so, how were the obvious sensitivities of this situation managed internally and is the chairman comfortable with the situation?

“A lot is at stake for highly decorated former soldier Ben Roberts-Smith, who was allegedly involved in seven unlawful killings during his time serving in the Special Air Service Regiment (SAS) in Afghanistan.

“Millions of dollars in debt, Roberts-Smith is at the centre of an Australian Federal Police (AFP) investigation into the death of Ali Jan, an Afghani villager. He’s also fighting a costly defamation suit against the Nine papers, refusing to back down as evidence against him mounts.”

Nine board was sent anonymous email before Hugh Marks resigned

Armenia foreign minister quits as gov’t under fire over ceasefire

‘They are not one of us’: SAS soldiers condemn war crime perpetrators — SAS Soldiers (The Sydney Morning Herald): “Our regiment is now the subject of the longest inquiry into allegations of war crimes conducted by the Australian Defence Force. Accusations and allegations of war crimes as well as failures of leadership cut to the very core of the SASR. Such actions go against the very purpose of who we are as an organisation, and against the very nature of who we are as individuals.”

The ABC doesn’t need redemption ($) — Joseph Gersh (The Australian): “Chris Kenny has been a vigorous critic of the ABC while previously ‘resisting calls for its privatisation or abolition’, but after last week’s Four Corners, Media Watch and Q&A he has asserted that it now ‘is beyond redemption”. This follows similar calls from the Institute of Public Affairs and other respected organisations. I cannot agree. I declare my centre-right bias; a long-time reader of The Australian, I was appointed to the ABC board by Turnbull government communications minister Mitch Fifield.”

Robodebt was a policy fiasco with a human cost we have yet to fully appreciate — Peter Whiteford (The Conversation): “There is an extensive literature on ‘policy failure’. Well-known examples range from cost overruns in constructing the Sydney Opera House and the Bay Area Rapid Transit network in San Francisco, to the poll tax in Britain in the 1980s. What separates a ‘fiasco’ from other forms of policy failure is that it is commonly regarded as being reasonably foreseeable — that is, the failure should or could have been avoided with foresight.” 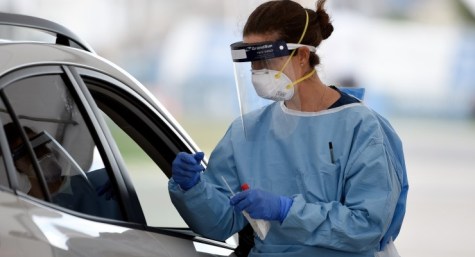 With any luck, they’ll leave Evans “here” when everybody else goes home ……

And any surprise Tudge is asking “Scotty’s Laundry and Whitewash Service” to ‘probe’ his department?
Maybe Scotty’s bin-buddy Mick Fuller and his “NSW Keystone’s” can muck in to and help out the clean-up – after the way they got “Givus” Taylor off his “altercation” with Clover Moore’s Sydney Council travel figures – not interviewing anyone germane to the matter?

Phil “The Turd Polisher” Gaetjens is probably at a loose end at the moment?

The Morrison government is prepared to subsidize grants for spending on new bathrooms and home renovations but not interested in supporting social housing for those who most need it. Jason Falinski’s comments show that his empathy bypass was a complete success

Good stuff at the SAS people too cowardly to put their name to their half arsed condemnation.