More transparently opaque conduct from the government, Amazon reveals a republican bent, and a new low for Pete Evans.

Utterly transparent In another blow to transparency, the Department of Finance has decided it’s not in the public interest to release reports into the conduct of Liberal MPs Kevin Andrews and Michael Sukkar.

The reports were compiled (by Sukkar’s old law firm) following allegations of misuse of taxpayer-funded electorate staff and branch stacking. They concluded that “further investigation of the matters within the scope of the review is not warranted as there is not a sufficient basis to form a view that there was serious misuses of Commonwealth resources”.

That much, at least, was shared with the public.

Following the work of freedom of information expert and friend of Crikey William Summers, the department has concluded that anything more would be against “the public interest”.

Adult concerns Crikey has long catalogued the financial discrimination faced by sex workers. Today Australia’s adult industry association, The Eros Association, has highlighted yet another example: the exclusions of businesses in the adult industry from JobSeeker and work incentive programs.

The association has put out a report documenting how government contracts with employment service providers “specifically exclude the placement of job seekers in any ‘position, including a retail position, involving nudity or in the sex industry'”. That includes customer service jobs in adult shops, warehouse roles, social media positions, etc.

This would be maddening enough if everything was fine with the economy, but to exclude an entire industry (there are around 300 adult retailers across Australia) from job creation programs during an unprecedented unemployment crisis is, well, a load of old toss.

Geopolitical help desk In slightly unexpected news, Amazon struck a blow for the cause of, er, a united Ireland over the weekend.

After a customer queried about streaming the Rugby Autumn Nations Cup, the Amazon Help Twitter account responded that unfortunately the user was in Northern Ireland and the tournament was only available to members “based in the UK”.

The revelation that Northern Ireland was no longer part of the UK would be a real boon to many after so many decades of sectarian violence for that cause. They later apologised to another user experiencing something similar for “the troubles”.

Staring directly into the Black Sun Pete Evans has posted a Nazi meme on his prolific Facebook page. The cartoon depicts a MAGA-hatted caterpillar sitting across a table from a butterfly with the Nazi symbol of the Black Sun on its wings.

Evans captioned the picture “An oldie but a Goldie”. He then posted and then deleted a comment indicating he knew exactly what the symbol was.

While we assume that most people are past the “on-the-fence” stage when it comes to the celebrity chef (“I loved him when he was suggesting my baby drink bone broth but not get vaccinated while staring directly into the sun, but this is a step too far…”), it’s worth remembering Evans doesn’t just make his money hocking scam cures for coronavirus. He’s also a fairly prolific author, having published 15 cookbooks in the last six years.

Pan Macmillan released his latest keto book back in September, and has previously had to defend its decision to continue publishing him.

Today’s post raises the question: is there anything that could cause them to dump him? 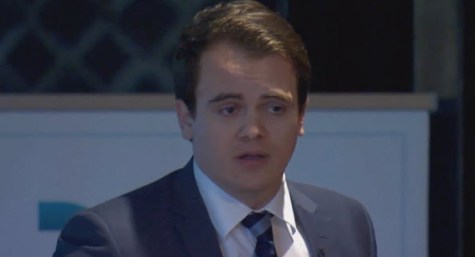 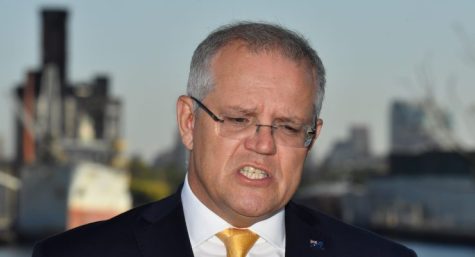 So how does the Dept; of Finance define “public interest”?

Anything that might arouse the peasants from their apathetic torpor.

And let’s not forget the exposure, PR and “legitimacy” granted Evans, appearing on 7’s BH&G.