As the wave of unemployment begins to flatten in the US, the virus surges

America faces a grim winter with millions still unemployed as a third wave of the virus mounts.

While the possibility of an effective vaccine provides hope for a better 2021, the Biden administration will still begin work on January 20 facing a difficult economy.

The US unemployment figures for October, released last Friday, had plenty of good news. The unemployment rate fell to 6.9% in October from 7.9%, after a total of 638,000 jobs were added last month, topping estimates ranging from 530,000 to just a bit more than 600,000.

But about 22 million people are still without jobs and 7.3 million Americans are either permanently unemployed or had been out of work for at least six months. That figure rose by 1.2 million in October.

“Employment is still only at its late 2015 level,” Gus Faucher, chief economist at PNC Financial, told Reuters. “And at October’s pace, it would take about 16 months for employment to return to its pre-pandemic level.”

There was a solid rise in new jobs in the cafe, bars and takeaway food services but employment in that sector is still 21% below the February level, a bigger gap than any other industry. State and local government employment was also down sharply as lower tax revenues forced budget cuts, but hiring in the retail, utilities and finance sectors is nearly back to pre-pandemic levels.

Meanwhile, the third wave of the virus gathers momentum. Last week there were three successive daily records for new infections, and daily numbers have stayed above 100,000 since then, even at the weekend when reporting usually tapers off. There seems little respite from widespread infection as winter closes in.

Fed chair Jay Powell summed up the main policy problem in his post-Fed meeting media conference. He said the recent rise in coronavirus infections in the US and abroad was “particularly concerning” and social distancing and masks were needed to help contain the virus and support the economy.

He repeated his warning that “a full economic recovery is unlikely until people are confident that it’s safe to reengage in a broad range of activities.”

That’s illustrated well here in Australia, where consumer confidence has surged to its highest level since the start of the year as Victoria appears to have successfully suppressed — perhaps even eliminated — the virus. That will boost consumer spending and in turn — hopefully — get businesses investing.

And Moody’s Analytics chief economist Mark Zandi told CNBC there’s a growing threat to the US recovery from the intensifying spread of COVID-19 and a lack of additional support measures, saying: “I think the risks are pretty high here that the economy backtracks … And then we have no additional fiscal support, at least not on the near-term horizon, at least not until … the presidential inauguration in January in all likelihood. So that leaves the economy pretty vulnerable here.”

Many of the measures in the US$2 trillion US relief package, the CARES Act, have expired or are due to end soon. Negotiations for further support reached a stalemate before the election.

Now new spending will be needed to support jobs and growth after the new president is sworn in on January 20, which for American workers can’t come soon enough. 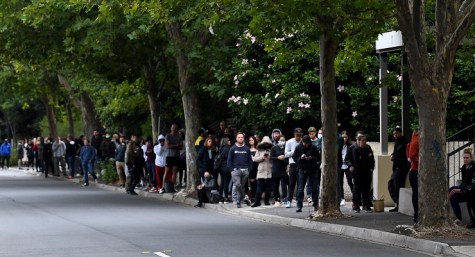 3 million out of work: record US unemployment every bit as bad as feared 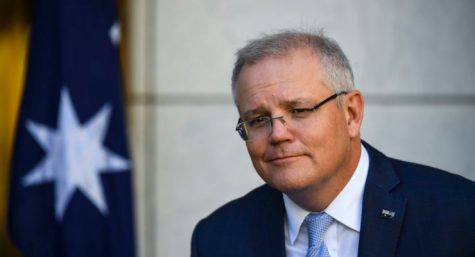 Guys do you have information about the ‘number of hours worked’ that these employment figures represent? My understanding is that the reporting of a boost in employment figures, as in Australia, is complicated by the quality of, and security of, the work being obtained.

And with Trump unlikely to assist govt in responding to the crisis, and he and the Republicans seeing benefit in handing over a train wreck to Biden, it still beggars belief that this hasn’t got a long way to go. The sharemarkets insouciance is dazzling, there is almost no signal they will take as a downside. It’s astonishing.

And literally, winter is coming!

Remember this people, who has the majority in the Senate there and do you think they will make it easy for Biden?