Christian Porter was pushing his toothless anti-corruption watchdog even as his behaviour was being investigated by the media.

Now we know why Christian Porter might not want a federal integrity commission.

The attorney-general has been revealed as allegedly having a history of sexism and inappropriate behaviour going back to the 1980s and is facing the toughest scrutiny of his political career.

There is likely to be more to the Four Corners story than what was aired last night. A rallying cry by producer Peter Cronau suggests there were things that didn’t get past the lawyers.

But former prime minister Malcolm Turnbull said he found reports of Porter’s public behaviour with a young female Liberal staffer concerning enough to cause him to warn Porter about the risk of compromise or blackmail. 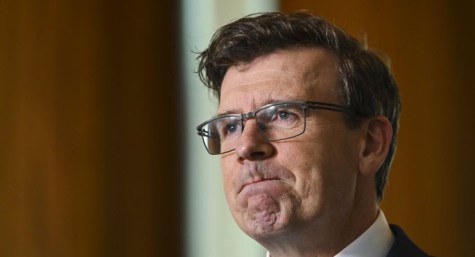 The private/public lives of politicians: are the floodgates about to open?

While the story raises questions about Porter’s conduct towards female staffers, it also reveals a fundamental conflict of interest when it comes to the government’s flawed integrity commission proposal.

As the country’s most senior law officer, Porter has been in charge of designing the stalled anti-corruption watchdog, which was widely criticised when it was unveiled on November 2.

The proposed commission has no power to institute an investigation and would rely on MPs to “dob” themselves in if they reasonably suspected they had committed an offence. As Crikey has noted, it could even help crooked ministers evade scrutiny further by allowing them to control what matters get investigated.

Porter and the government insist that any federal integrity body should hold hearings behind closed doors, arguing that government ministers don’t deserve to have their careers “destroyed” in public hearings like the ones held by the NSW Independent Commission Against Corruption.

Porter was still pushing this line earlier this month while Four Corners was investigating his behaviour and at a time he was apparently aware his reputation was on the line.

Anthony Whealy QC, chair of the Centre for Public Integrity, said Porter has been exposed as having a vested interest.

“I think there is now a real question mark over Christian Porter’s involvement in the design of this model, and I think we have a better understanding of where he is coming from,” he tells Crikey.

Porter has issued a statement rejecting some claims in the Four Corners story. But his response raises further questions about integrity. Not only did he refuse to give an interview to the ABC to respond to the allegations, he now claims that he wasn’t approached for a response — something the program denies.

If Porter survives the scandal, Whealy says the government will need to explain why he should keep the job of setting up a body that could eventually investigate his own conduct.

“It throws into relief that this is really what he’s concerned about with an integrity commission,” Whealy says. “He doesn’t want any public examination of ministers’ behaviour.” 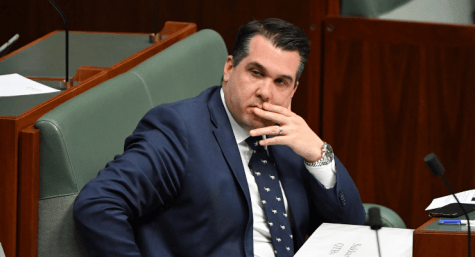 We don’t just need a federal integrity body. We must nix the Coalition’s proposed one 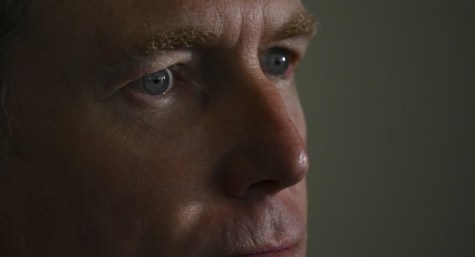 Another classic example of why we need a strong and fearless ABC to keep these bastards honest..a big job, but the commercial media will only rarely punish the conservative class.

Another classic example of why Rupert and his Limited News Party government want to switch the ABC off?

The schadenfreude is delicious. The sanctimonious Porter pursuing Witness K, and his neutered ICAC model.

I’d save the schadenfreude for the day there is some repercussion on Porter. Surely he can remain the Attorney General.

Scotty from marketing has already decreed all ministers are totally safe, there’s nothing to see here, everybody move along…

Of course he’ll survive the scandal. The LNP never admit wrongdoing and will double down as they have with every other scandal/crime in the last 7 years (or forever). It is only Labor that must fall on their swords, ask Sam Dastyari and Luke Foley.

Indeed. Morrison is already passing it off as ‘already dealt with, the code is working a treat’.

You need to broaden that last statement Yclept: Barry O’Farrell and a bottle of Grange, anyone?

I agree, it’s usually Labor who have to do the right thing. But not always.

I think Barry wanted out. None of this current crowd are capable of owning up to their sins.

So Tudge heavied the journo to hit ‘delete’ on the photo of Porter and his staffer, but was he smart enough to insist the journo go into his/her ‘Recently Deleted’ file and remove it from there too?

I can’t believe the journo didn’t know this, and I’ll bet it still exists.

Reckon you are right Mark, and that the ABC are sitting on a heap more evidence, as a precaution in case the government goes early for a hard retaliation, or to be able to keep the pot boiling if it looks like the stonewalling is working.

Is there a clearer example of “conflict of interest” – affecting legislation?

Or that the Age of Entitlement is not dead – when it comes to the privileged classes?

The concept of ‘conflict of interest’ died some time ago. These days having a serious personal stake or axe to grind in an issue is seen as desirable when allocating responsibilities.

Given AG Porter is the Spook in Chief and if the East Timorese access the pics, could be bigger than the ” pee pee tapes”!