WA and COVID: the next state to show how voters love a hard border

Mark McGowan's success at keeping the coronavirus at bay is a bit embarrassing for Scott Morrison — and a source of pride for West Australians.

In 12 days Western Australia’s hard border, which has been in place since early April, will transition to a “controlled border”: people can come and go from low-risk states — Tasmania, Queensland, South Australia and the Northern Territory — without having to quarantine.

This is a welcome reprieve for West Australians who have found ourselves more isolated than ever for the past six months. The hard border, for all its hurt and heartbreak, worked, and we’re almost free of it.

The policy’s success has been somewhat of an embarrassment for the prime minister and a strange intersection of pride and contention for West Australians who are in large part defined by our isolation.

The ever-present sense of disconnect between WA and the rest of Australia was heightened to a state of uncanny dissonance by its approach to COVID-19, and the federal government and national media’s interpretation of it.

As life settled into the new normal in June, West Australians found themselves living within a very different Australia from the one choking our newsfeeds.

The east coast press worked itself into a state of hysteria these past months, reaching new peaks of insularity. This, as in the past, has precluded WA (among others) from being interwoven with the dominant media’s narrative thread around COVID.

The detached gaze of the Murdoch empire saw little to no coverage of the efficacy of Premier Mark McGowan’s hard border lockdown. The barbs and momentum of the culture warrior columnists were undone by the tyranny of distance and their weak presence in WA.

Their attempt to treat McGowan with the same spin they applied to “Dictator Dan” fell flat as West Australian parochialism flipped the narrative on its head. Instead they turned McGowan into a small-town folk hero of sorts, a bespectacled Gary Cooper sheriff, a hard image to unstick in a state with a cowboy complex.

It dodged the stickiness of deifying McGowan by magnifying the state’s “enemies” to the level of cartoon villainy. Clive Palmer became a grotesque caricature of a Captain Planet baddie, and Scott Morrison and his cohort became the high-handed suits, condescending to the punter, and indifferent to their opinion.

But the story of WA’s COVID response is not one of health but rather of the economy.

Retail, entertainment, tourism, sport and indoor dining have been back here for months. Mine workers never stopped flying in and flying out. Driven by resurgent iron ore prices, WA was the only state to record positive economic growth this year, posting a $1.2 billion surplus in the state budget.

That schism between WA and the rest of the nation — which existed before the boom, exploded during it, and now expands during the pandemic — is the main force behind the West Australian tendency to see the eastern states as a great other.

Critics of McGowan argue that he is using the threat of the hard border like a large-scale protection racket, cordoning off WA’s wealth until his terms are met. Others maintain it’s a matter of ego.

In mid-October former finance minister Mathias Cormann said he “never believed [the hard border] was because of health advice” — 2021 is an election year in WA and McGowan is playing politics.

Speaking at the recent Diggers and Dealers Mining Forum in Kalgoorlie, McGowan told the crowd that he would resist any attempt at a GST purse snatch: “While I expect some of them are unhappy about it, obviously trying to unwind that now would invoke a pretty serious fracture between the states and the Commonwealth, particularly Western Australia.”

McGowan maintains the line that if the federal government had had its way, WA would be much worse off. And for the most part, West Australians agree. The frustration of the hard border is nothing compared with the frustrations they feel towards a prime minister they perceive as being apathetic towards their better interests.

It will be interesting to see how, or if, WA and Canberra reconcile as the border is eased. One can hope for a Christmas miracle — but don’t be surprised if McGowan slips a lump of ore into ScoMo’s stocking.

Until then, there’s a sense of greater distance, and lines that can’t go uncrossed. 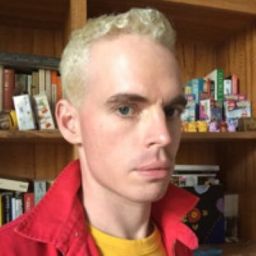 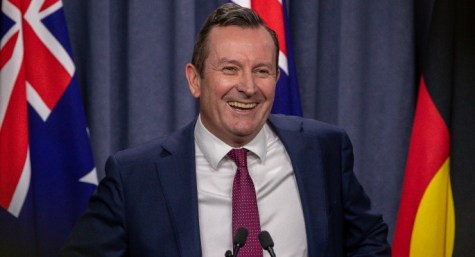 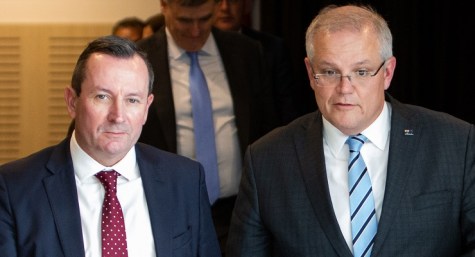 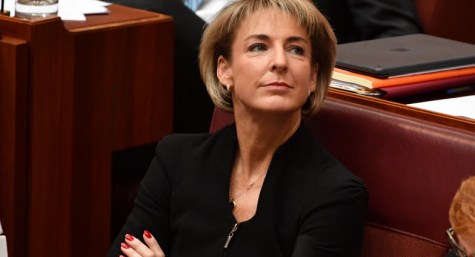 Michaelia Cash to Mark McGowan: open the border at 80% or I’ll see you in court

“But the story of WA’s COVID response is not one of health but rather of the economy.”
An ‘economy’ is a subset of a State’s health together with all the other aspects of a successful society.
For most of the people with whom I am acquainted the freedom from fear of contagion and the freedom of movement within WA have been the more important results of our government’s actions over this pandemic.
The ‘economy’ would have been royally stuffed had the bleatings of business lobbies and the demands of the Parliamentary Opposition had taken us down the road to the conditions being experienced in counties where drastic measures were not intially applied nor when they were applied but prematurely lifted.
You cannot have a thriving economy in a community beset by death and chronic ill health.

McGowan is just one more in a long line of politicians accused of the infamous “playing politics”. In plain English this means McGowan – who is indeed a politician, and therefore his practising of politics should not come as great surprise – has implemented an important and successful policy with overwhelming public support.

Perhaps a day will come when the pejorative use of the term is saved for examples such as Christian Porter’s proposed fraud and rorts preservation commission.

What’s this ‘cowboy complex’? All these clichés and not much substance

So many people try to strike a balance between Covid deaths and economic health. The WA government has determined that ethically, even one Covid death is not an acceptable outcome. Until a vaccine is universally available (as there is with influenza), I agree.

While no-one will be able to accurately determine the right response to Covid for a few years, with more pandemics on the way, an important investment criteria for future overseas investors will be the capability of the host country/state to control pandemics.

I agree Hoss, and with rolly and SSR. There is a balance between deaths and economic health – an absolute minimum of deaths and infections leads to an absolute maximum of economic health. Quite a few have argued the pathetic line that the cure is worse than the symptoms, and it is a line of argument that requires a complete lack of ethics, and an utter ignorance of economics and epidemiology.

What a very disappointing article from Patrick Marlborough I would have expected much better from a news service like Crikey. As a resident of Perth WA we are very pleased and proud of how our state government has managed our borders and controlled the pandemic. Mark McGowan has planned and implemented his responses based on medical advise. If our state had reacted to the politicised bullying from the federal government and the state opposition who knows where we would be now. At no point has the PM acknowledged the effort of the citizens of WA or our government. Apparently Gladys is the “Gold Standard” We live as if there is no pandemic and our state economy is performing very well. Please don’t go down the tired old eastern states centric approach of mocking and belittling us …..we don’t actually need your advice we are doing very well on our own. When the borders are relaxed come ( you may need to self isolate on arrival) and visit our beautiful state and spend sometime at our lovely clean uncrowded beaches and in our diverse country regions….I don’t think you’ll actually see too many cowboys though.