Settle in for a morning, afternoon and evening's viewing — but don't bet on knowing who won by the end of Wednesday.

Here’s where to watch, when to tune in and what to look out for in the 2020 US election — it’s everything you need to know.

All Australian times listed here are in Sydney, Canberra and Melbourne’s AEDT, which is an hour in front of Brisbane and three hours in front of Perth.

Timing of the results is tough to predict

Let’s start with the most important question: when will we get a result?

This is difficult to predict. This year’s voter turnout could be the highest in history, and final results usually take weeks to tally.

Although more than 70 million Americans have voted, many states don’t count the votes until election day. Some states accept mail ballots after election day, provided they were posted on or before November 3.

But unless it’s close we should have an idea of who won by the time polls close at midnight on Tuesday in Washington — 4pm Wednesday here.

When do the polls shut?

Times vary from state to state, although most polls open between 6am and 9am local time, and close between 7pm and 9pm local time.

Where can I watch coverage?

ABC: Tune in on TV or iView from 6am with a special election edition of News Breakfast. From 10am there’ll be continuous coverage with state-by-state results and analysis by Antony Green. Leigh Sales will host an hour edition of 7.30 on both the election and local news, followed by a discussion by Q+A‘s Hamish Macdonald and The Drum‘s Julia Baird. Then there’s Planet America at 9pm, and The World with Beverley O’Connor from 11pm.

Channel 7: After an extended Sunrise Live at 5.30am, rolling coverage will begin from 10am with Professor Simon Jackson from the University of Sydney’s United States Studies Centre and The New York Times’ Damien Cave.

Nine: After an extended episode of Today, coverage kicks off at 11am from local and international correspondents, coupled with analysis from US news channel CNN.

10: Studio 10 starts at 8am, followed by America Decides at 11am and The Project at 6.30pm. Election coverage will be hosted by Sandra Sully and Narelda Jacobs with coverage from CBS News in New York.

SBS: From 11am until 4pm SBS News will feature a special with live coverage.

International broadcasters: BBC, CNN, Fox News and Al Jazeera English will all run on cable TV, while US broadcasters NBC, ABC and CBS are expected to live stream their coverage on YouTube.

Major outlets such as The New York Times will be running live blogs. Crikey is hosting a slack channel for questions, comments and election updates for Inside Access subscribers.

If you’re struggling with election doom, mobile news organisation NowThis has partnered with meditation app Calm to create a live stream of breathing exercises, nature footage and meditation techniques. You can get some zen on their Facebook and YouTube pages from 8.30am AEDT.

There are a few pubs hosting watch parties if a drink is what you need. Democrats Abroad, an official Democratic Party arm for expats, is hosting events at every major city except Hobart. Melbourne has an online event.

Australia’s largest conservative conference in Sydney, Conservative Political Action Conference (CPAC), is doubling as an election watch party but tickets have sold out. You can get a premium standby ticket in case COVID-19 restrictions are eased within the next 24 hours for a tidy $349. 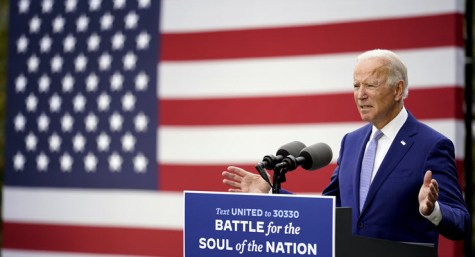 The Sky coverage sounds like it would be a fascinating excursion down the rabbit hole to some alternative planet.

Agree and some lucky people can get it on free to air TV.