If the polls are wrong, it will be their worst performance in 40 years — or since last time

The pollsters are predicting a Joe Biden win in the US election. Could they be wrong again?

On the eve of the most fraught presidential election in half a century, forecasters are offering strong indications that the United States will dodge a bullet tomorrow, with Joe Biden likely to emerge a clear and decisive winner early in the evening.

As long-established poll trends hold firm and time-related uncertainty diminishes to zero, Nate Silver’s FiveThirtyEight forecast model has drifted ever higher for Biden, who is now rated a 90% chance of victory.

The Economist’s model is even stronger for Biden, putting him as high as 96% — although one of its creators seems rather apologetic about the fact, acknowledging that the model provides too little allowance for “black swan” events.

The FiveThirtyEight model grants itself greater wriggle room through a conservative reading of the historical accuracy of presidential election polling, which will have had its worst performance in 40 years if Trump indeed pulls off another upset.

Trump is doing a little better by the reckoning of RealClearPolitics, which dispenses with bias adjustments and performance weightings and simply averages the most recent polls.

With Republican-leaning pollsters like Rasmussen and Trafalgar currently flooding the zone somewhat, this method boosts Trump by about two points in key states relative to FiveThirtyEight — but even this leaves Biden leading in enough states to give him a 319-219 lead in the electoral college.

Democrats no less than Republicans are hesitating to invest too much faith in any of this, having been stung not just by the nightmare of Trump’s win in 2016, but also by a long record of miserable luck on everything from Bush v Gore to the untimely death of Ruth Bader Ginsburg.

Popular scepticism is reflected in the betting markets, which rate Trump’s chances at one in three.

Priced into this is the dark possibility that scenarios recorded as Biden wins in forecast simulations would in practice fall foul of Republican legal obstruction of the counting process (the separate question of Republican voter suppression tactics should, at least in theory, be accounted for in pollsters’ turnout models).

In the final resort, there is the potential for state legislatures to take the appointment of electoral college delegates into their own hands, and these tend to be controlled by Republicans in the states that matter, perhaps the most significant being Pennsylvania and Florida.

Pennsylvania also encumbers itself with electoral procedures that will slow counting of mailed ballots, potentially giving Trump and his surrogates a window in which to claim victory off an incomplete count.

So far as Trump’s prospects of winning fair and square are concerned, the case in his favour can be simply put: polls sold him short by 5% in Pennsylvania and 2% in Florida in 2016; he will come home with his nose in front there if they do so again this time; and Biden will then have to crack tough nuts like North Carolina and Georgia to get his majority in the electoral college.

While all that remains within the realm of possibility, it seems at least as likely that any major polling error would run in the other direction, since pollsters know not to make the same mistakes as last time.

There is also less scope this time for the decisive late break that Trump seemed to enjoy in 2016: voters have been markedly firmer in their intentions, fewer are toying with minor party candidates, and there has been no late-campaign disturbance on the scale of the James Comey letter, despite the Trump campaign’s best efforts with the Hunter Biden emails.

Above all else, there is the fact that 93 million Americans have already voted — almost two-thirds of the total cast in 2016, and a near certain pointer to a substantially higher overall turnout.

Given the decisive enthusiasm gap between the two candidates in 2016, this can hardly fail to indicate that four years of the Trump presidency has shaken many Democrats who sat it out last time from their lethargy. 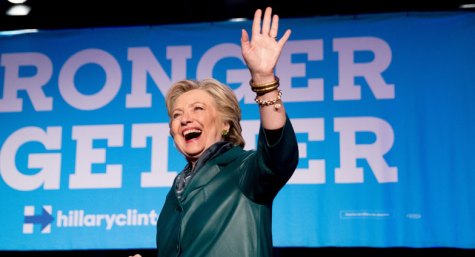 Democrats stung “… by a long record of miserable luck on everything from Bush v Gore to the untimely death of Ruth Bader Ginsburg.”

That’s a very strange way to characterise those events. The outcome of Bush v Gore had nothing to do with luck. It was the predictable outcome of a long-term strategy by Republicans, and above all the Federalist Society, who have had immense success stacking the Supreme Court, and many others, with the most extreme partisan candidates they could find. This paid off with the biggest prize possible: a judgement in Bush v Gore that put aside any respect for constitution, law, precedent, and basic democratic ideas like counting votes, in order to hand the presidency to the right candidate – meaning the Republican.

Ginsburg’s death was untimely in respect of handing Trump his third appointment to the Supreme Court, but not in terms of her age and health, so it only meets one of the usual definitions of that adjective and was hardly a matter of luck. It was quite probable once Trump became president in 2016.

So doing what the Republicans have done is strong?

Why do you think so?

Totally with you SSR. By the way, Biden is home. As with AP in Qld, if I’m wrong I’ll come back on here and post my error.