Trump paradox: he may not want to win — but he sure as hell doesn’t want to lose

Perhaps Donald Trump will be as relieved as the rest of the world if he has to leave the White House.

Not that he wants to lose, mind you. He HATES being a loser. But that doesn’t mean he actually wants another four years of hard yakka in the Oval Office.

He didn’t really want it the first time, according to numerous reports from insiders who said he only ran as a marketing ploy to help name recognition for his ailing business empire.

Here was Michael Wolff’s revelation in the excellent 2018 book Fire and Fury:

Shortly after 8 on election night, it became clear that Trump had a real shot of becoming president.

Wolff wrote that Don Trump Jr said his father “looked as if he had seen a ghost. Melania was in tears — and not of joy.”

Steve Bannon, who helped run the Trump campaign and helped Trump’s team through the transition, said he saw Trump morph from “a disbelieving Trump and then into a horrified Trump”.

For months Melania refused to even move with him to the White House until he upped her pre-nup, so goodness knows what she would be demanding if he wins a second term. I mean, the woman can barely stand with him in public without recoiling at his touch. 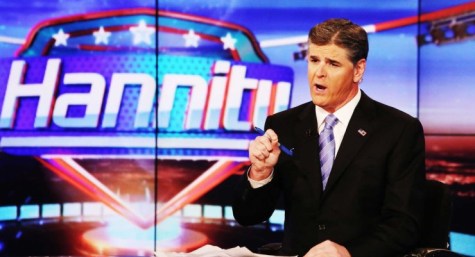 He’s never had many friends, and staff don’t last long, which leaves the kids as company, and he’s ambivalent about most of them except for Ivanka who does have her own family.

Then there’s been the four years of his constant whining and whinging about all the hard work, the pressure, the witch-hunts, the bad publicity.

If it wasn’t great before, then this “Covid, Covid, Covid” thing has really ruined any chance of him enjoying a victory lap should he win the unwinnable election.

Which might explain his noticeable lack of policy or vision for the next term. After all, confirming Amy Coney Barrett on the eve of the election and guaranteeing a conservative court for the next generation is legacy enough.

Close advisers said he liked the rallies, just not the governing bit, and while he has indeed been barnstorming the country in recent weeks there was a telling sign at the weekend.

At a rally in Newtown, Pennsylvania, a more subdued Trump mused, “I could have been the greatest of all time”, in eerie echoes of Brando’s self-pitying “I coulda been a contender” speech from On The Waterfront.

You can see Trump preparing the “I didn’t want it anyway” speech even as he threatens to fight through the courts to the bitter end — or “bedlam”, as he warned yesterday.

He’s already speculated on what he might do afterwards with his ill-gotten gains from using the presidency for personal marketing. He suggested two weeks ago he might have to leave the country if he loses, which is more likely than his previous claim that he might tour the country in a trailer with Melania. Not going to happen.

But there is one overriding reason why I don’t think he really, really wants to win.

The inauguration crowds might be smaller this time, and he could not possibly risk that again. 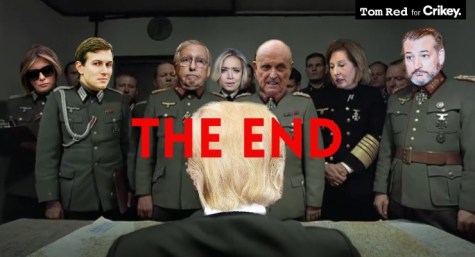 He might not like the work, but he doesn’t actually do the work, so the desperate need to win everything, always will be the dominant factor. In any case, his enablers will be even more desperate for him to win. The most interesting question for Australians in this election is how quickly Scummo will line up to congratulate Trump after he declares victory long before the votes are counted. Will Netanyahu, Orban, Bolsonaro and Erdogan beat him to it? If so, by how much? Where will Johnson place in this field?

This article makes Trump sound a little like Macbeth in Act 3, scene 4. For example:

… For mine own good,
All causes shall give way: I am in blood
Stepp’d in so far that, should I wade no more,
Returning were as tedious as go o’er:
Strange things I have in head…

But I’m not sure the ending will bear any resemblance. Biden is not Malcolm or even Macduff by any measure. Banquo?

After a few articles of moderate standard of late, we seem to have returned to sentimental sillynes. If what you have written is true Trump would have issued an acerbic tweet at the commencement of the Primaries.

As it is Trump made a number of remarks as to a 2nd term early in his first term. Lastly, I recommend a considerable expansion of the references that you rely upon. I suggest that you begin with the book by General Mattis (and former S. of Defense). The idiocy of the article will become apparent.

Actually I find it has a gut feel home truth about it. Not all articles need to be referenced and justified to the nth degree, there is a space for speculation and surmising and based on what we can see of Trump’s personality I agree with the general premise. “If what you have written is true Trump would have issued an acerbic tweet at the commencement of the Primaries” would suggest that he has a deeper understanding of himself than appears to be the case. Also its fine pointing out that he doesn’t do “the work” but there still considerable commitments which he probably doesn’t enjoy. That meandering walk from the chopper across the lawn a couple of weeks ago looked like a man who wasn’t finding it fun anymore!

Despite appearances, I’m not attempting to be definite on the matter BECAUSE none of us have sufficient information to be so. Yet, Ms Perrett has adopted such an attitude to say nothing of ignoring references with a contrary thesis.

The guy is an ‘instant gratification’ junkie (no argument there) but displays of wishful thinking do not take us anywhere.

Oh I don’t know, I found it a pleasant diversion from all the serious analysis and discussion on Electoral Colleges and Supreme Courts and voter turnouts. We shouldn’t forget that Trump is human first and foremost with a particular set of foibles. The machinations might be going on around him but its not outside the realms of possibility that he would still pull the pin at any stage, just say its rigged and walk away leaving the chaos behind him… Much like with Covid…

The only reason Trump wold want a second term is that it will keep him out of gaol for 4 more years.

Cap'n Mainwaring
Reply to  Been Around

I don’t think there’s any way Americans will send a former president to gaol, his children however…

It’s a very frightening prospect not only for the USA but for our world if he is re elected. If he doesn’t really want the job it shows he has no regard for the American people and is just a self centred and dangerous showman. The fact there are large numbers of his supporting thugs with military styled weapons lining up for a fight if he loses then points to the dangers whether he wins or loses. Some of my American friends are feeling very frightened as the election draws near

Apparently not “frightening” in the case of “here is the plan” Biden – even with a politically clued-in VP. Is there more than the width of a cigarette paper between the two?