Melbourne’s lockdown relief is palpable, but so are concerns that low hospital spending makes the city vulnerable

Experts are desperately trying to find any cracks in the system that could let the virus loose again.

It’s official: from midnight tonight, Victoria can get “back on the beers”.

After 12 long weeks in lockdown, relief is washing over Melbourne. But with that relief comes the anxiety of a city that’s opened up once before, only to end up back in isolation due to failures and mishaps.

Just as the unpredictable nature of the virus and an element of Australia’s hotel quarantine system triggered months of economic, social and psychological pain, experts are now trying to work out if there are other vulnerabilities that could let the virus loose again.

It’s the last thing that anyone in Melbourne wants to contemplate, as the city celebrates the end of one of the most challenging lockdowns in the world. But there can be no certainty about where things will be in a few months’ time, as Stephen Duckett, health director at the Grattan Institute and former secretary of the federal health department, has pointed out.

One of the biggest vulnerabilities is in hospitals, epidemiologist Raina MacIntyre told Crikey, pointing to the fact that the latest outbreak in Melbourne’s northern suburbs stemmed from a worker at Box Hill Hospital in Melbourne’s east.

“We really need to look at the big picture and for me it’s where did this originate — a hospital,” MacIntyre said.

Since the pandemic began, more than 3500 Victorian healthcare workers have been infected with the virus, a number MacIntyre said was high compared to other similar jurisdictions.

“Where an outbreak starts is one thing, where it travels is another thing,” he said.

MacIntyre said Victoria’s ability to get on top of outbreaks was still dependent on a well-resourced public health system, and that the state’s system was still recovering from years of funding cuts.

“Going into the pandemic, the Victorian health system was decimated. It was the poorest, most impoverished system in the country,” she said.

“If you don’t have the public health capacity and skills to manage an outbreak, including contract tracing, you will be vulnerable.”

Duckett told Crikey Victoria had suffered significant cuts to public health funding under both Liberal and Labor governments over the last decade — including by the Andrews government — and was still spending far less on public health than NSW and Queensland.

He said this was because finding money for things like elective surgery waiting lists was seen as more important than the invisible “back office” work of public health. “The public now realises that these are so important.”

Andrews said on Monday that the state’s ability to reach zero new cases was testament to changes that had been made to beef up the state’s contact tracing system. But he resisted taking full responsibility for new outbreaks emerging.

“The contact tracing is absolutely effective and these numbers show that,” he said. “But we all have to play our part.”

How do you think the Victorian government handled the second wave? Does the state need to increase public health funding? Let us know your thoughts by writing to letters@crikey.com.au. Please include your full name to be considered for publication in Crikey’s Your Say column. 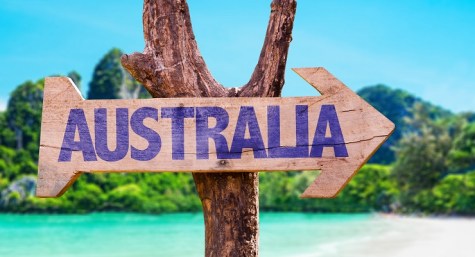 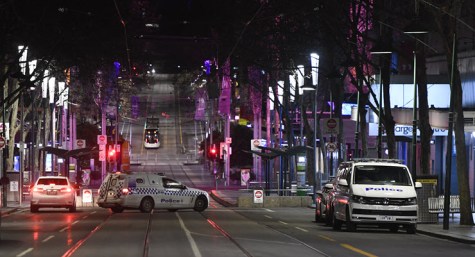 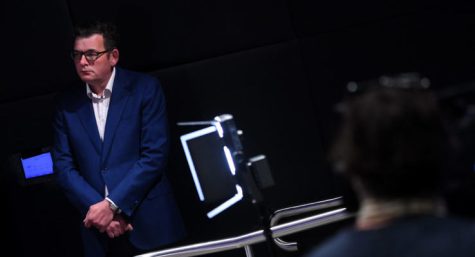 Nebuliser, schnebuliser. Truth is Dan Andrews has no confidence in contact tracing

Aged care facilities are another vulnerable point aside from hospitals. Both are hard to fix in a short time.

The worry will be in Autumn and winter when the virus spreds in places which are warm and people huddle together.
The aged care system needs strong financial oversighting to ensure monies are spent on more trained nurses and on infection control rather than enriching the religious charities.

Regarding Victoria’s and particularly Melbourne’s vulnerability to the Corona Virus Pandemic the elephant in the room appears to be the geographic location along with high population density. It is quite obvious that in a place such as Queensland where I live we are far less vulnerable because of various reasons being such as but not only:-

Our warmer climate tends to keep people more outside.
The spread through droplets is far less likely because of evaporation, as a child growing up in in a temperate climate whenever the temperature dropped below a certain number you could see your breath as if smoke exuding from the mouth.
Melbourne receives far less sunlight than New South Wales and Queensland and therefore airborne droplets will survive longer being less likely to be killed off by the Sun’s ultra violet rays.
Because people in warmer climates tend to spend more time outside in the sun they tend to build up a better immunity to airborne viruses.
On solid surfaces in warmer climates the spread of the virus from contact with the solid surface is less because of more rapid evaporation.

For all of these reasons it sickens when I hear politicians and the press criticising Victoria and comparing it to the Covid spread in other states which have different underlying conditions.

Your short but comprehensive explanation should help many readers understand why the european leaders are terrified of their onrushing winter.
Hundreds of millions in an area about that of Qld/WA crammed indoors with an unknown number of asymptomatics, apart from those already weakened people who’ve stumbled through varying degrees of kinda-sorta lockdowns.
Roll on norther Summer 2021 – not sure that even Joyce would want to be bringing the survivors here by then.

Georgia – why don’t you become the first journalist in Australia to investigate the question ‘why the hell does Victoria spend so much less on public health than other states?’. The answer is sure to be complex but a simple google of the Commonwealth Grants Commission website and its paper ‘Trends in Horizontal Fiscal Equalisation” will tell you the following. Big states have always subsidised smaller states so the Commission decides that some states need more dollars per capita than others. Since 1996 Victoria has received on average every year for 25 years 86% of par funding, NSW 89%, Queensland 104% and poor old WA -2%. That’s tens of billions of dollars less to Victoria, even compared to NSW our biggest richest state. The Commission calculates that some states have higher costs (eg big geography, dispersed populations) and different revenue raising capacity at the state level. So WA gets massive state mining royalties and Victoria has had big population growth with rising stamp duty revenue on all the houses those people need. The VicGovernment put a case to the Commission a few years ago that geographical costs were diminishing as a result of technology, but that was rejected, probably because media savvy pollies love a road project to open. But guess what – public health is not a distance issue. Lots of low income workers migrating into your capital city is a higher cost not a financial advantage when it comes to caring for their health needs. Exactly how well Victorian Governments have spent their health budgets is still an open question but why don’t the investigative media start by asking how much money did they have to start with?

Correction to the WA figure above – should read 84% that is, 2% less than Victoria.