Good morning, early birds. More than 1000 COVID-19 tests from Melbourne’s north came back negative last night, and Queensland’s former deputy premier Jackie Trad looks set to lose her inner-city seat to the Greens’ Amy MacMahon at this Saturday’s state election. It's the news you need to know, with Chris Woods.

More than 1000 COVID-19 tests from Melbourne’s north came back negative last night, as the ABC reports that the Andrews government awaits another few days’ worth of data before determining whether the outbreak is contained and restrictions can be significantly lifted across the city.

Melbourne yesterday saw seven new cases and met the government’s threshold of a 14-day average of less than five, while regional Victoria hit just 0.2 and will see some relief with restrictions on gatherings, live music, and gyms to be slightly relaxed from Wednesday.

According to The Age, Dan Andrews’ “cautious pause” has won the support of three prominent epidemiologists but was rejected by Deakin University’s Catherine Bennett — who argues the new cluster is something “we should be able to manage” — and a host of business groups, including Victoria Racing Club which announced that this weekend’s Melbourne Cup Carnival will not allow crowds.

The paper also reports the family at the centre of the new cluster has claimed Victoria’s health department cleared them two days before one of their children unwittingly attended school while infectious.

Finally, The Australian ($) reports that Australian Bureau of Statistics data suggests the average number of daily jobs lost over August and September in the state was 1200, or roughly 52% of total national job losses since March.

PS: Because yesterday was apparently not quite depressing enough for Melbournians, iconic music venue Festival Hall has been bought by everyone’s favourite cashed-up, tax-exempt Pentecostal megachurch, Hillsong. At least we got another two premierships under our belt.

The news comes after the Greens quadrupled their representation at the ACT Legislative Assembly, with the ABC reporting their number of seats jumped from two to six after the final count found they had taken the seat of Ginninderra from Labor’s former attorney-general Gordon Ramsay.

Ahead of Queensland’s election, the Brisbane Times reports that both party leaders are set to make their final pitches in Townsville today while, according to The Australian ($), LNP insiders suggest that Labor’s 2016 decision to introduce compulsory preferential could benefit the opposition in seats such as Mackay as the One Nation vote diminishes.

PS: In other political news, The Advertiser ($) reports that former Centre Alliance senator Rex Patrick has formed his own party, the Rex Patrick Team.

According to The Guardian, a 37-year-old man approved for transfer under medivac is currently under suicide watch at Brisbane Immigration Transit Accommodation after attempting self-harm on Saturday.

The Somalian man had been detained in a Kangaroo Point hotel just 20 minutes away from his wife and daughter, who, due to COVID-19 restrictions, have been banned from visiting him since March.

News of the incident was first revealed by advocacy group Refugee Solidarity Meanjin, which held an emergency protest where, as 10News reports, a police officer was filmed apparently punching a non-violent older man to the ground.

According to 7News, an international investigation has been launched after staff at Qatar’s Hamad International Airport found a premature baby in a terminal bathroom earlier this month and allegedly proceeded to subject women on a Sydney-bound flight to invasive examinations.

Allegedly, none of the 13 Australian women who were detained and forced to undergo an examination in an ambulance parked on the tarmac were told about the newborn before the strip searches began.

According to NBC News, four of Mike Pence’s aides have tested positive for COVID-19, although the vice-president has apparently tested negative and will continue his campaign schedule ahead of the November 3 vote.

The news comes after ABC reported that the US broke its daily case record, hitting 84,218 on Saturday after recording 77,299 on July 16, as Donald Trump falsely claims the country is “rounding the corner”; as the Sydney Morning Herald reports, a new study by the University of Washington’s Institute for Health Metrics and Evaluation suggests more than half a million people in the country could die by the end of February, about 130,000 of whom could be saved if everybody wore masks.

Elsewhere, CNN reports the Senate will vote in Amy Coney Barrett later Monday (local time), while Vox reports that more than 51 million people had voted early as of Friday morning.

This is all the more impressive when you realise that the country’s voting system is so decrepit that, as BBC explains, voting lines in states such as Georgia eclipsed 11 hours.

Victoria has met the under five threshold which some thought was unachievable. This was a very cautious target. Six/seven of new cases are related to a known outbreak so the risk is manageable. The set reopening is gradual and safe so any delay is unnecessary. It’s paralysis in decision-making.

“After the first debate — an exhausting and depressing affair, filled with hectoring and interjections from Trump and featuring a performance from Biden that looked every bit as tired as the rest of us felt — it was announced that the candidates’ microphones would be muted when they are not directly being asked a question.

“Yet the lead-in coverage reinforced the fact that the mainstream media is still manifestly unable to deal with a figure like Trump. After four years of this garbage, they still tut-tut about Biden using words like ‘hell’ and ‘shut up’.”

“The new era of big government that Australia entered in 2020 will soon be matched by bigger, more dominant corporations and a consolidated investment sector that will wield power in the hundreds of billions.

“The implications of the government’s push for superannuation funds to merge — the creation of a new set of super-powerful investment behemoths, led by the government’s most loathed sector, industry super — are beginning to become apparent to people beyond those of us who’ve been pointing them out for a while.”

“This past week has not been a glorious one for some high-profile women who are making a mockery of the myth that putting females in power will universally lift overall the standards of everything from boards to politics.

“In these cases they are in danger of behaving just as badly as of the worst of the blokes. They are looking every bit as greedy and desperate to hang onto their titles and perks; the word ‘governance’ is just a nice piece of corporate jargon, apparently.”

Multinationals, farmers take emissions targets into their own hands

Laws to silence the relatives of murder victims ($)

$18,500 a year for all: a basic income would reduce inequality, says study

Telethon 2020: In this toughest of years, West Australians raise $46.3 million for our sickest kids

Portland reckons with police attacks on protesters after months of unrest

Election now in precarious balance as minority beckons ($) — Jamie Walker (The Australian): “Newspoll suggests it is curtains for Jackie Trad and perhaps also for a government she seemed one day destined to lead. As deputy premier and treasurer, she proved to be a lightning rod for controversy, her bareknuckled approach alienating many Labor colleagues. Some will be tempted to say good riddance. This is sheer folly for the ALP.”

Religious discrimination bill will create an unholy mess — Alastair Lawrie (The Sydney Morning Herald): “One Nation’s Anti-Discrimination Amendment (Religious Freedoms and Equality) Bill 2020 gets one thing right — the lack of protection for religious belief is a genuine gap in NSW anti-discrimination law. But when it comes to the detail, the Bill not only goes the wrong way about introducing these much-needed protections, it represents a serious threat to the rights of all people in NSW.”

When we talk about Fox News, we need to talk about the Murdoch family too — Peter Maass (The Intercept): “Here’s a trick question about the controversy over Hunter Biden’s laptop: Who’s most to blame for giving this pseudo-scandal more attention than it deserves? The New York Post for publishing the first sketchy article, or Fox News for elevating it in broadcast after broadcast? The answer is neither. The guiltiest party is the Murdoch family, which owns both outlets.” 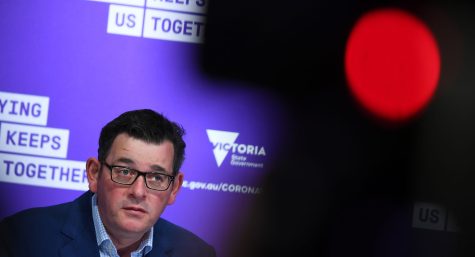 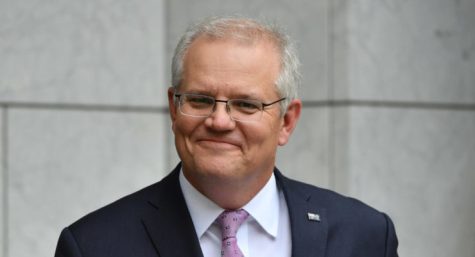 As for quoting Newspoll?
Last election the Curry or Maul (Wardill in particular) pulled every string to try to undermine the electorate’s confidence in Trad, to wrest the seat from her : and missed the turning of next-door’s Maiwar to Green.