Fronting an increasingly hostile yet largely unquestioning media, a tired Daniel Andrews yesterday explained why Melbourne would remain shut for at least a few more days. Andrews claimed that the opening would be paused for 24 to 48 hours while 1000 tests from the allegedly growing northern suburbs “outbreak” are processed.

“We have around 1000 swabs currently being processed — and we’re expecting even more today,” he said. “We’ll use the next couple of days to review those results and understand exactly how this virus is travelling.”

Then there’s the strange concern about the cluster itself. Even with the minimal data provided by the Victorian Department of Health and Human Services (DHHS), it’s clear that this cluster didn’t materialise in the last couple of days. The cluster itself is 39 cases across 11 households.

In the last 12 days, there have been 40 confirmed cases in Melbourne. Andrews would have been well aware of the northern suburbs cluster last week (given it was almost all Melbourne’s reported case load) when he first allowed 1000 people to watch the Cox Plate (a decision reversed after public outcry).

Then there’s the final excuse: while yesterday’s 1000 tests all came back negative, there is now another 1400 tests pending in laboratories from Sunday.

Joseph Heller would be proud. 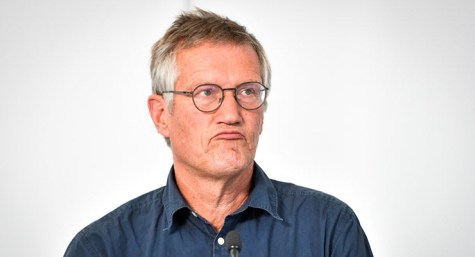 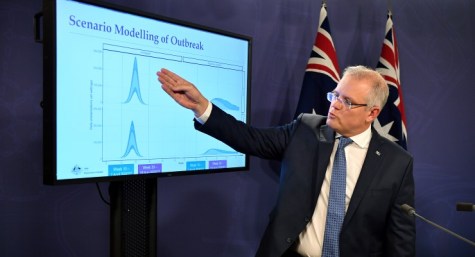 No, Australia is not leading the world on COVID-19 testing 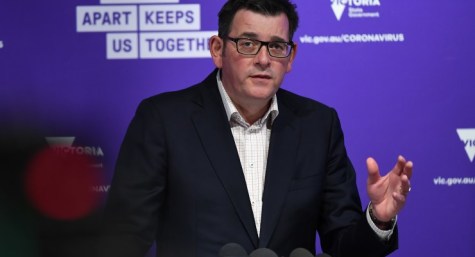 #IPlayWithDan: why the Open call is on the right side of the line

Just what is inconsistent about 97% of tests being completed in 24 hours, and taking a couple of days to review several thousand results from a couple of days? Becoming very disappointed I subscribed to Crikey, if Schwab is the calibre of commentators they have.

I agree…with this dribble my subscription is looking shaking, but I have nearly a year to go. I have recently signed up (free but donations welcome) to ‘the conversation’. Its great because they have respected knowledgeable types disseminating factual information. Quite a change from mister Schwab’s constant bleating.

In the soup with you, Dr Soup. I am never going to read any of Adam Schwab’s articles again. He is a misrepresenting faux-fact perpetrator. I share your extreme disappointment.

” …if Schwab is the calibre of commentators they have….” He isn’t. Schwab is a businessman hurt by the lockdown. It’s not clear why Crikey keeps publishing his one endlessly rehashed rant, whether it’s personal friendship with the owners or whether they actually agree with him. But they do publish better stuff as you’ll see. Quality is a bit intermittent.

A slightly confused argument here. The testing results are coming through quickly but only as quickly as people are actually getting tested. i.e. if 1000 people in the northern suburbs were tested on Sunday, their results will come through on Monday. From my understanding of Sunday’s presser they wanted to get more results from these suburbs to be confident there wasn’t a massive unknown outbreak brewing. Caution rather than a catch-22.

Sheesh Crikey. Adam Schwab’s commentary on this issue, is about as useful as clickbait from Andrew Bolt. Lift your game.

Crikey, the fact that you keep letting this man write on Covid-19 is honestly hurting your credibility as a publication. And for a site that is funded by members, I can’t see how trying to court hate-reads helps you much.

Could Adam Schwab be moved to the gardening column, please?

On the bright side, Schwab must be running out of bile. At least the article is shorter than most he’s written on this topic over the last few forevers.

We should be grateful for such small mercy.

And each time he gets a column, it is closer to my subscription expiring.