Good morning, early birds. The Andrews government is reportedly considering plans to quarantine returned travellers at home with GPS-enabled wristband tracking devices, and the Leppington Triangle land scandal is probed at Senate estimates. It's the news you need to know, with Chris Woods.

According to The Age, the Andrews government is considering plans to quarantine returned travellers at home with GPS-enabled wristband tracking devices, as Victoria prepares to begin accepting international arrivals and reboot a strengthened but potentially scaled-back hotel quarantine scheme.

The paper also reports of speculation by Dan Andrews over easing borders with NSW and South Australia within a month; a defence of Victoria’s cautious roadmap from epidemiologists Michael Toole and Brendan Crabb; and complaints that Melbourne’s hidden bars and restaurants will not be able to adapt to new outdoor dining rules.

Ahead of an extraordinary sitting of the hotel quarantine inquiry today, the Herald Sun ($) also reports that key government witnesses are likely to be re-examined including both chief health officer Brett Sutton and Department of Health and Human Services secretary Kym Peake.

PR CORNER: In easily the funniest account of yesterday’s tiff between Dan Andrews and Josh Frydenberg, The Australian’s ($) Joe Kelly and Remy Varga “report” that, “Mr Frydenberg is a passionate Victorian whose wife and children have been locked down while he delivered the COVID recovery budget in Canberra”.

The front page scoop also emphasises federal funding for the state’s pandemic response and — without any obvious reason or context — that votes for Frydenberg’s (federal) seat of Kooyong eclipsed Andrews’ (state) electorate of Mulgrave.

LANDED IN SOME TROUBLE

Estimates kicked off yesterday, with The Mandarin reporting that Department of Infrastructure secretary Simon Atkinson has agreed with Senator Penny Wong’s assertion that public servants appeared to have tried to cover up the Leppington Triangle land scandal.

Atkinson also agreed that the department budgeted $30 million for the land before it received — and ignored — valuations demonstrating the block was worth just $3 million, while the ABC reports that auditor-general Grant Hehir confirmed it was the first time he had ever referred a matter to the AFP after five years on the job.

Elsewhere, SBS reports that Home Affairs secretary Mike Pezzullo resisted requests to discuss a Federal Court finding that acting Immigration Minister Alan Tudge unlawfully detained a person seeking asylum. Pezzullo would only argue that the Administrative Appeals Tribunal had “purported” to issue a visa over the disputed asylum case — which it has the power to do — before declining further questions over a pending appeal.

In much less depressing news, the ABC reports that although medals purchased for Tony Abbott’s knights and dames scheme were once valued at $135,000, the Governor-General’s office has confirmed they are worth exactly nothing.

Finally, The Age reports that Minister for Women Marise Payne responded to criticisms over the gendered impact of the 2020 budget by arguing that tax cuts, wage subsidies and employment schemes are gender neutral.

PS: According to The Conversation, Payne’s comments came after the National Foundation for Australian Women published gender analysis showing that new measures mainly benefit men — i.e. apprenticeships and traineeships (two-thirds of which are taken by males), the construction of physical infrastructure, and asset tax breaks that will primarily assist mining and manufacturing — while female-dominated care sectors were mostly ignored.

MAS candidate Luis Arce appears to have secured more than 50% of the vote, after Morales — an Indigenous leader who helped reduce poverty by sharing the country’s natural gas and mineral wealth among Bolivia’s population — was forced out of the country by a pro-US military takeover.

The coup, which directly led to the killing of Indigenous protesters, was in part legitimised by a dodgy Organization of American States report alleging election fraud, as well as what The Intercept recounts as a largely compliant international media.

Self-imposed president Jeanine Áñez, who pulled out last month due to low polling, has acknowledged Arce’s likely win on Twitter.

According to CNN, America’s Supreme Court has announced it will hear two cases concerning Donald Trump’s border wall and his administration’s policy requiring people seeking asylum to remain in Mexico after lower courts had found both to be unlawful.

ABC (US) reports that Trump, down in the polls, short on cash, and until very recently COVID-positive, is holding live rallies but campaigning on the defensive this week — his campaign is reportedly worried they have lost the crucial state of North Carolina, internally viewed as “super safe” as recently as just a few weeks ago.

I was worried that he was going to get sick when I saw him in a completely precarious situation of crowded, no separation between people, and almost nobody wearing a mask. When I saw that on TV, I said, ‘Oh my goodness. Nothing good can come outta that, that’s gotta be a problem’. And then sure enough, it turned out to be a super-spreader event.

Shockingly, the infectious disease expert who has had to watch Donald Trump forgo masks “as a statement of strength” — not to mention watch him deliberately lie over COVID-19 and preside over roughly 225,000 deaths — was not surprised to see the president test positive.

“Oh dear. Be still my beating heart. With yesterday’s ‘Yes I loved him, but I’ll never speak to him again’ front-page story, the Gladys Berejiklian affair has officially jumped the bedpost and gone from political soap opera to full Mills and Boon.”

“The NSW Premier gave her first interview since the scandal erupted a week ago, but The Sunday Telegraph exclusive was with the paper’s gossip writer Annette Sharp. That says it all really. It’s a cynical and desperate piece of spin.”

“There’s been movement at the fake news station this past week: all the old media regrets over coverage of Clinton’s emails seemed suddenly forgotten, bringing the long campaign for reliable news to an inflexion point.

“As old media rushed to publish (and amplify) a questionable report based on hacked documents of doubtful origin, it was 2016’s villains — Facebook and Twitter — that were more cautious, responsible or censorious (depending on your point of view) than traditional media.”

Billionaire Stokes gets his man in Perth

“Well, The West backed a winner for Perth and The West won.

“Basil Zempilas has been elected the new Lord Mayor of Perth, in a victory that could only be labelled as… entirely predictable?

“The media personality’s election campaign was hard to ignore, given his status as the star of billionaire Kerry Stokes’ omnipresent Seven West Media empire.”

Are Peta Credlin’s corona-performances journalism? — Denis Muller (The Age): “Commentator Peta Credlin’s performances at Daniel Andrews’ daily coronavirus press conferences are a mixture of overt political partisanship interlaced with some good journalism. For people concerned about journalistic ethics, it is an unsettling combination. Credlin is a political operative, first and foremost. Formerly chief of staff to the Liberal ex-prime minister Tony Abbott, she is now part of the shrill chorus of right-wing pundits who appear after dark on Rupert Murdoch’s Sky News pay television channel.”

Labor misfires on policy with not much left to lose ($) — Judith Sloan (The Australian): “Let’s face it, it’s not easy being in opposition these days. Having lost the close-to-unlosable election last year and with Bill Shorten gone, Labor under Anthony Albanese has struggled to gain any traction with the electorate. To the extent that anyone can remember what Labor stood for at the last election, the lasting impressions are of higher taxes (think negative gearing, capital gains tax, franking credits) and an extra­ordinarily ambitious but uncosted emissions reduction target.”

Only class war can stop climate change — Paris Marx (Jacobin): “As fires rage in California, the permafrost melts in Siberia, heat waves strike Europe, and hurricanes and typhoons grow ever stronger, there is an urgent need for ambitious climate action. The question is what it will look like, and who will bear the burden of a transition to a more sustainable world.” 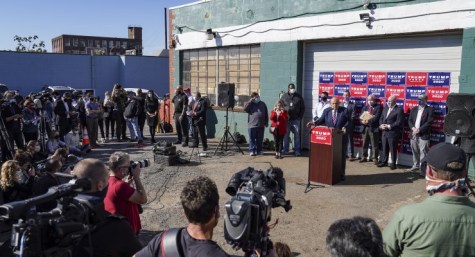 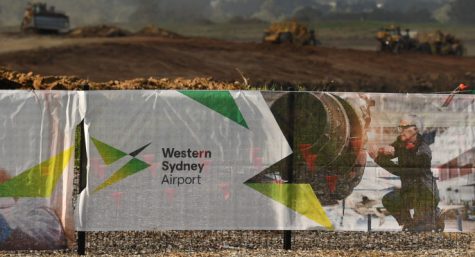 We can take the cost of the awards from Abbott’s gov’t pension.