Good morning, early birds. Scott Morrison has cancelled today's national cabinet meeting as he cannot travel to Sydney due to "some technical problems", and the Victorian government is considering potentially increasing the 5km movement limit to 20km. It's the news you need to know, with Chris Woods.

WHEN SHALL HE MEET AGAIN?

Today’s national cabinet meeting has been postponed by a week after Scott Morrison’s office announced he is unable to return to Sydney from Cairns, a problem it has only accredited to “some technical problems”.

As The New Daily explains, the news creates some uncertainty over plans to ease limits on inbound air passengers — or more specifically, what is going to be done about Australians stranded overseas — and has delayed talks about expanding the Northern Territory’s Howard Springs quarantine facility, both of which were meant to be discussed today.

Morrison has been spruiking the budget across Queensland this week, with The Brisbane Times reporting that he managed to get in a swipe at the state’s hard border after it recorded the country’s worst unemployment figures; Labor, for their part, argue the disparity is due to the fact labour force data does not reflect people on JobKeeper.

PS: In other aviation news, former Jetstar CEO Jayne Hrdlicka is set to replace Paul Scurrah as chief executive of Virgin Australia, while The Australian ($) reports that Virgin is set to end its full-service model under new American owners Bain Capital.

As Victoria awaits news of potentially looser restrictions this Sunday, The Age reports that deputy chief health officer Allen Cheng has confirmed modelling will be completed today considering factors such as increasing the 5km movement limit to 20km.

Thousands of people are currently being tested in Shepparton, although Dan Andrews maintains the new cluster — which still officially stands at three as testing continues — will not affect new rules for regional Victoria. According to The Guardian, Shepparton has a number of vulnerable communities — i.e. low-income, ageing and culturally diverse populations — that risk getting overlooked as testing and support services are stretched.

Elsewhere, The Age also reports that the hotel quarantine inquiry has asked Victoria’s health department to answer fresh questions over the accuracy of chief health officer Brett Sutton’s testimony; the exact nature of the questions is unknown, but The Age reports surprise from several senior departmental sources over Sutton’s claim he did not know private security companies were being used as frontline guards until Rydge’s outbreak in late May.

According to the Herald Sun ($), Telstra has also provided the inquiry with a full breaking of former police commissioner Graham Ashton’s phone calls and messages for March 27.

PUTTING THE ‘I SEE’ IN ICAC

According to The Sydney Morning Herald, sensitive details of the relationship between Gladys Berejiklian and disgraced MP Daryl Maguire have been inadvertently made public after ICAC uploaded a transcript of a two-hour closed hearing on matters deemed to “significantly outweigh the public interest”.

The error came after a day in which Maguire admitted to having discussed his $1.5 million debt with his-then secret partner, and, as The Australian ($) reports, the possibility of clearing it through a property deal he was organising with racing giant Louise Waterhouse.

CONFLICT CORNER: Up in Queensland, an investigation by The Australian ($) has revealed that at the same time as Clive Palmer’s election spending blitz, his company Palmer Leisure Australia has ongoing applications before the Gold Coast City Council to develop his golf course and wedding resort and spa. Queensland’s electoral rules ban property developers from making political donations and for parties to accept them, but Palmer denies being a property developer under Queensland’s Electoral Act.

MOMENT OF TRUTH: IS IT THE DEMOCRATS’ TURN?

According to CNN, California senator and vice-presidential nominee Kamala Harris has suspended her campaign throughout the weekend after two people — a flight crew member and her communications director Liz Allen — tested positive for COVID-19.

The news comes after the Senate Judiciary Committee set a US Supreme Court nomination vote for Amy Coney Barrett on October 22, with the ABC explaining that there is little Democrats can practically do to delay a 6-3 conservative hold on the top court.

For a peek into how that is likely to play out, The Guardian reports that Coney Barrett refused to tell Harris at yesterday’s hearing whether she accepts that climate change is happening.

The applicant has been greatly injured in his business, personal and professional reputation and has been and will be brought into public disrepute, odium, ridicule and contempt [over The Feed’s imputation that he has] … achieved his success as a broadcaster by habitually seeking to intimidate vulnerable people … sought to incite racial violence [re: Cronulla riots] … was a racist [re: Muslims and Aboriginal people] … was a misogynist [re: female politicians] … and was a liar [re: climate change].

The former 2GB broadcaster sues SBS over one of maybe three media tributes not to kiss his ass. While we at Crikey would not want to pre-empt the case (read: get sued ourselves), there is nothing stopping you from comparing those complaints to, say, sections 7-12 of Jones’ Wikipedia page.

“Former NSW MP and erstwhile partner of the premier Daryl Maguire cuts a pathetic figure in the ICAC witness box, meekly admitting to using his office as the representative of the good people of Wagga Wagga, albeit occasionally objecting that there were some holes even he wouldn’t crawl down to make a buck.

“Maguire was a two-bit huckster, most of whose endless schemes failed to come off, though not for want of trying. But he was playing the same game played by far bigger, far more successful business and political figures across Australia: rigging the rules for their own benefit.”

“While ICAC has delivered bombshell evidence that has ensnared a standing NSW premier, a simultaneous inquiry unfolding in Sydney has exposed one of the most egregious examples of how business is done in Australia.

“Look who’s talking: Not for the first time in the Morrison government, some poor schmo has this morning accidentally emailed out the day’s talking points to Australia’s journalists. Ten thousand words of dot points ensuring the party of individual liberty is all on the same page while creating the simulacra of being interviewed. (Tipsters, if you hear a pollie employ the phrase ‘getting Australians out from under to doona’, please let us know.)”

Four to a bed and escorted by guards: Biloela family describes tough year on Christmas Island

Parents were encouraged to give child living with Tourette’s ‘a good flogging’, disability royal commission hears

Election 2020: This seemingly eternal campaign is now all over bar the shouting — Luke Malpass (Stuff):“Aside from a visibly angry Jacinda Ardern hitting back at Judith Collins’ repeated claims Labour could bring in a wealth tax, the final 1 News leaders debate featured tired-looking leaders and a predictable poll. The latest 1 News Colmar Brunton poll put Labour back at 46%, and National down on 31%t. The Greens and ACT were both on 8%. If these results are replicated on Saturday, it would be a big win for Green Party, as Labour would need help to govern.”

There is a genuine alternative to the Andrews road map — Michael O’Brien (The Age): “When Daniel Andrews announced his “road map” out of lockdown in September, he said the decision was not a 50/50 proposition. He said that both the modelling and data compelled his painfully slow schedule with the exceedingly high benchmarks for any easing. In short, the Premier claimed there was no alternative to following his rules.”

The arts crisis and the colonial cringe — Lauren Carroll Harris (Kill Your Darlings): “For months now, art has lived almost entirely on the internet. Museums battened down. Ticketing revenue from cancelled cultural events vanished. Major cultural institutions made frictionless, robotic virtual gallery tours their go-to method of adaptation. And as unemployment in the arts soars, the Federal Government’s late stimulus package — tiny in comparison to the size of the industry, precluding basics like hardship payments, still unspent — expressed contempt for practicing artists and the sector’s grassroots.” 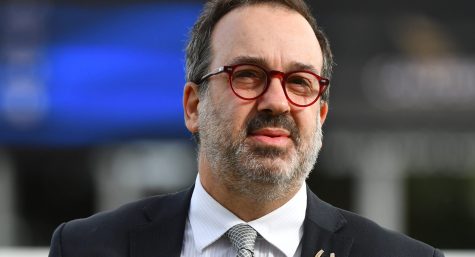 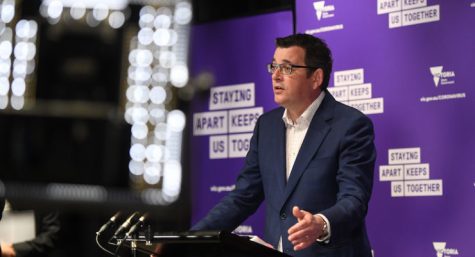 Is it just me, or are others cynical about whether the PM should be using the publicly-funded PM plane to travel to Queensland to spruik Frecklington? Why are “we” funding what is Queensland Liberal Party business?

On an unrelated matter, I note that bastion of utterly mediocre journalism and reporting in South Australia, the Advertiser, had its cartoonist (David Rowe he most definitely “ain’t”) present a slagging off of Dan Andrews and the claimed “mis-handling” of Covid. Since that is, to my mind, not SA’s business, it is not hard to see the evil influence of Murdoch playing politics and joining the attack on Andrews – if not actually leading the charge.

Not only should he not be using the taxpayer funded aircraft for party political (and / or private) business, he’s apparently too arrogant to ride with the common herd on a commercial flight in the event of “technical problems”.