It's not the first time Jane Halton has had memory lapses or shown a lack of curiosity.

Earlier in the week we did a helpful cheat sheet for unprepared Crown directors to help them get through their next appearance at the inquiry into Crown Resorts unscathed. Turns out, we underestimated the need.

Longtime senior public servant Jane Halton fronted the inquiry yesterday, and, apart from lapses of a “fragile memory”, she appeared to be amazingly incurious (or at the very least credulous) about what went on at the company she was tasked to oversee.

Regarding the incident when she and the other board directors signed a letter (run as a full page newspaper advert headed, “Setting the record straight in the face of a deceitful campaign against Crown”) making assertions that the inquiry has since heard to be false, she said she made numerous enquiries to prior to signing, and, at the time, believed the letter to be factual.

The famously tough and assured Halton further said she had felt “pressured” and subsequently came to feel that a “number of assurances and facts as they were presented were proven not to be reliable”.

It’s not her first lapse of memory, nor the first time she’s displayed a curious lack of curiosity.

Back in the early 2000s, in her period as deputy secretary of the Department Prime Minister and Cabinet, Halton was convener of the People Smuggling Taskforce during the children overboard affair.

During the senate committee that followed, she was grilled as to the role she played in the government spreading the lie that asylum seekers, stranded on a Norwegian freighter, had thrown their children overboard.

As the committee found, the same day Halton received a chronology from the Defence Department asserting that there was no evidence for the children overboard claim, then-defence minister Peter Reith called her and said he had just released photographs to the media which “showed children having been thrown into the water”:

Although Ms Halton maintained that she had no recollection of having been shown the chronology … she imagined that any doubt that may have been raised by this information was simply overridden by the evidence of which Mr Reith spoke.

Ms Halton insisted that, in addition to the advice from Mr Reith, and the lack of any definitive advice from Defence confirming that the incident did not happen, ‘our interpretation of the facts of the case’ was put in front of the evening meeting of the People Smuggling Taskforce, and no one demurred from the view that it had been established that children had been thrown overboard.

Some argued that Halton’s grilling made her the “fall girl” for a government scandal. Still, it required her to at the very least display a certain incuriosity inconsistent with her role. 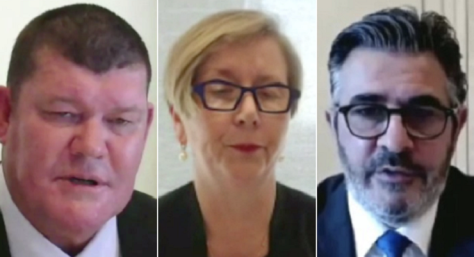 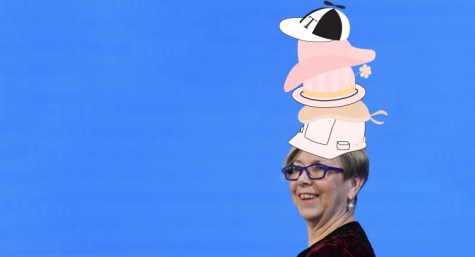 Conflict of Interest: Crown is part of Australia’s hotel quarantine story, so why is a board member running the hotel inquiry?

If it was not so funny you would cry – is not Halton the lady who told a Senate Hearing in to the ‘children overboard’ affair that she ‘could not recall’?? It was either 45 or 65 times but I cannot recall the exact number!!!!

Halton was rewarded for parroting the Government’s mantra with a promotion. One wonders what reward awaits now.

Used to do night duty in Aged Care. Had to assess residents re which category for funding — stupid work.Had to work as husband had two stroke. Often wondered why she got rewarded.
Did not renew COTA membership because of her. Family laugh at my prejudices but her Crown directorship says it all!

The body language gives her mindset away. Sitting there with pursed lips in indicative of someone of ordinary intellect who isn’t going to let any facts going to change their point of view.

Jane Halton was as you say,”tasked ” to oversee Crown operations as a Director.She was also paid a very large sum of money to do so,on behalf of shareholders.

People with poor memories are just the sort of people you want on a board when you are doing things you’d rather kept out of view. Ms Halton fitted the bill during the Children Overboard Lies and she fits the bill at Crown.
Interestingly, she was Secretary for the Department of Health 2002-14. The Commonwealth Administrative Arrangements show that Aged Care comes under the responsibility of the Department of Health (it has two Ministers – Hunt for Health and Colbeck for Aged Care). So until 6 years ago, Ms Halton was also responsible for Aged Care. I’m beginning to see a pattern.