NSW has again recorded more daily cases than Victoria, but remains quite open. Is the approach to lockdown more about politics than science?

In Sydney, masks have all but been abandoned, with restrictions on outdoor venues and concerts about to be eased. In Melbourne, residents are still confined to their houses for 22 hours a day.

Greater Melbourne has been subject to one of the longest and harshest lockdowns in the world, despite case numbers dropping to single digits. This morning, the state recorded seven new cases in the past day.

There’s still a way to go before Melbourne reaches a rolling 14-day average of five new cases, which was the trigger point Premier Daniel Andrews had set for the lockdown to be eased.

This benchmark will now be reviewed, after harsh criticism of Andrews, who conceded the current case numbers may be “as good as it gets”.

What should Victoria’s benchmark be, and is Andrews’ approach more politics than science?

New Zealand focused on risk assessments in its roadmap to recovery. There are four stages ranging from single or isolated cluster outbreaks to sustained and intensive transmission.

The country was slow to ease restrictions, waiting until no new cases were reported for 17 days, but fast to implement them, locking Auckland back down following nine cases of community transmission.

The country’s response has been lauded as one of the most successful in the world.

In comparison, Australia’s federal approach seems to avoid assessments of any kind — a three-step framework has restriction guidelines but leaves it up to states to assess how well they’re doing.

NSW followed this approach, with no risk assessment criteria or case number thresholds. Restrictions were eased on May 14 following a week of one or fewer daily cases with an unknown source.

There was a lot of uncertainty about the future when NSW cases started to creep up again in July, hitting a high of 22 with one unknown and 17 locally-acquired cases. Kirby Institute immunovirology Associate Professor Stuart Turville told Crikey his team was on high alert.

“We saw that as a warning, we didn’t know how it could track. We all said we were on a tipping point — there was an element of concern,” he said.

Numbers thankfully soon tracked back down.

The UK has followed suit in avoiding fixed rules. After recording 13,972 new COVID-19 cases on Monday, with cases spreading across the country, a tiered lockdown system will be implemented.

“The UK has waited too long. A delay of even a few days can mean the difference between saving many lives,” he said.

Play by the numbers

Both Victoria and Spain have opted for a numbers-based approach to lockdown rules.

In Spain, restrictions are imposed in areas with more than 100,000 residents based on three benchmarks: if there were 500 cases per 100,000 inhabitants, 35% COVID-19 patient occupancy in intensive care units, and positive results in 10% of tests.

Victoria has similarly opted for a numbers-based approach, despite not initially having clear rules about when a lockdown should be implemented.

Now, the roadmap is clear. Greater Melbourne must reach a rolling 14-day average of fewer than five cases before restrictions will be eased.

Was five ever feasible?

Many have been critical of the five-case goal, flagging early on such a strict benchmark may not be feasible.

Critics have stressed the approach is one of elimination rather than suppression, with 500 doctors signing an open letter stressing the ongoing lockdown was causing more harm than good.

“It was raised at the time that Victoria’s five-day threshold was a really tough criterion to meet and it’s playing out like a lot of people predicted,” Vally said.

“It was going be tough to get there and the plan needed more flexibility.”

Vally stressed that in all cases, flexibility was key, with infection sources more important than the numbers itself.

“The word narrative which the government keeps using is important. We need that understanding of what cases we’re seeing, how many are linked to other outbreaks, and the level of threat,” he said.

Importantly, he added, Australia has fared well compared to the rest of the world thanks so swift — and strict — action.

But whether “as good as it gets” will be Victoria’s claim to freedom remains to be seen. 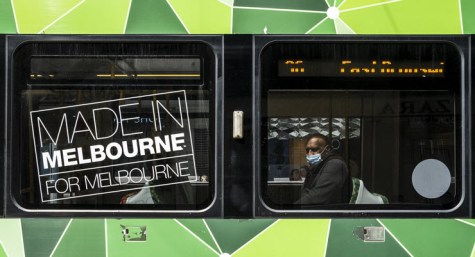 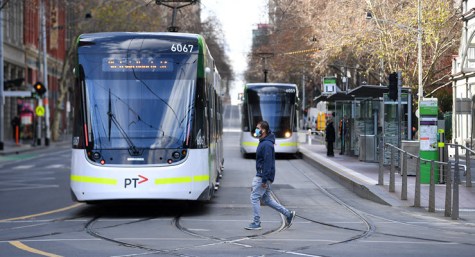 Thank you for this article, Amber. I think part of the answer must be that it’s hard to reduce health risk to a flat infection rate: epidemiology is the intersection of social behaviours, demographics and specific pathogen behaviours. Five cases in five retirement villages will mean something very different to five cases in five homes from recently-returned overseas travelers.

I’ve been tracking these data on a weekly basis since March. My earliest advice to family and friends was to watch trends in the ‘unknown community’ transmissions (as they’ve most often been categorised) because those are the source of highest volatility. (Watching those trends also predicted Victoria’s problems around three weeks before media began reporting on them.)

But those can still only be interpreted against qualitative information like where they occur, the rate at which tracking and tracing can clear them up, and the rate of compliance in public places.

Over time, better practice will improve the assessment methods and hopefully help standardise them nationally. We’re going to need that through 2021.

If wisdom is our ability to ask the right questions then reports like this are wise to pen.

A Marltin
Reply to  Ruv Draba

The qualative componets have become ENTIRELY political Ruv. Just watch the reaction to my post which was undertaken, in part, to make this very point.

The trends in the ‘unknown community’ remain unknown because it is unlikely that they will be reported upon. Then, there exists the characteristics of dormancy within viruses – only to reappear spontaneously!

However, it seems that we are agreed to some extent; what began as an envisaged three month inconveniece may well extend to a number of years or until various governments (and electorates) snap out of it.

As an aside, do you have a model? I’m monkeying with something of the sort and it isn’t too bad on the history of some countries and for some States of the USA but not at ‘production’ stage yet.

After six months of observation, can we not see trends? In places like the U K, the lifting of certain resrtictions, leads to whoopee, out we go, the pisspots, blotters, bladders, rooters, rorter, ravers, punters, out we go! Fouteen thousand cases in one day…and, led by a vaguely human shaped fart, what could go wrong?

A Marltin
Reply to  paradise

And your point is? Allow me to make the point for you.

“This benchmark will now be reviewed, after harsh criticism of Andrews, who conceded the current case numbers may be “as good as it gets”.

If this is true and it certainly looks that way, then why delay in opening up. It’s time to learn to live with it and no longer treat the hidden issues, mental health and physical well being as just side issues.We must take that risk and get people getting on with it. If it’s not already too late.

No risk assessments! Well that helps explain the aged care fiasco. They are a tool of first resort in managing risk, well for those with any risk management credibility they are. Good luck, Australia, looks like the pollies are making the calls. Look where that got folks.

And so Crikey’s Andrews-bashing continues, while it continues to sing the praises of Holy St Gladys.

What personal ‘political’ benefit, pray tell, has Andrews derived from the pandemic? Are you honestly suggesting that imposing all these restrictions has increased his chances at the next election?

The reasons for the difference between NSW and Victoria have been explained by Victoria’s Chief Medical Officer as recently as today or yesterday. You may disagree with those reasons: to write an article such as this without even acknowledging them is sloppy, unprofessional journalism at best and a piece of political propagandising at worse.

Taken with so many other articles that have appeared in this publication, I fear that Crikey has been recast as ‘The Australian’-lite.

I’m sure it hasn’t escaped the attention of Crikey management that reader comments have dropped off a lot recently. That’s because so few Crikey articles are worthy of comment these days.

“has Andrews derived from the pandemic? Are you honestly suggesting that imposing all these restrictions has increased his chances at the next election?”

Yes, because in the Andrews govt mind-set being seen to be tough and uncompromising is good leadership. Weak people do this all the time but it only masks their deeper insecurities and inadequacy.

Bollocks. This article today is one of the best I have seen on this particular issue, in ages. It’s a great follow-up to her previous mental health articles as well.

Keane seems to manage close to 100 replies to his click-bait-ish articles but, (perhaps it is a vain hope) the standard over the last three weeks seems to have improved – somewhat at least. Thus the uninformed have less to offer in terms of near-irrelevant one-liners.

However, I agree with some of your points and by the time we get to the New Year (hopefully) a sufficient number will have broken ranks and the media will have to take the objectors (many whom are qualified) to the lock-downs seriously. We will see.

“I’m sure it hasn’t escaped the attention of Crikey management that reader comments have dropped off a lot recently.”

What you really mean is, I mean you, you personally have cut back your posting on certain articles to give the impression that your opinion is “carte blanche.” I think it was Lincoln who said, “you can fool some of the people some of the time, but you can’t fool all of the people all of the time.” Itself a metaphor for the Industrial Health & Medical Complex/Andrews govt approach to this unjustifiable heavy handed insane lock-down.

Living in Singapore, we went through 12 weeks of a very similar style of lockdown that Melbourne is experiencing. When we started opening up, it happened cautiously and we’ve been living like that since June. Yesterday, Singapore recorded ZERO locally acquired cases and we’re hoping for some more easing of restrictions soon. It’s been a tough road but there’s hope in sight.

The case for opening up and learning to live with it is there, but time and time again the human race has proven that we can’t be fully trusted to do the right thing for the greater good. Not just as it relates to COVID.