Which state premier wouldn't want to walk in the shoes of Western Australia's premier right now?

He just McGowan and Gowan Who would be a state premier right now? Well, Western Australia’s Mark McGowan would. While his counterparts in New South Wales and Victoria face billowing scandals (a slow motion wreck in Victoria, a sudden blast in NSW) the WA premier continues to live his best life.

Yesterday he addressed the Diggers and Dealers Mining Forum as keynote speaker. As chronicled by Kalgoorlie Miner deputy editor Tom Zaunmayr, he cracked some jokes — “All I had to do was lock everyone out to get an invite to this event” — and got a laugh with a John Howard impersonation (although we think Zaunmayr’s description as “on point” is a little generous).

Then — and this is surely the most reliable sign you’ve won the hearts of your constituents on some fundamental level, locking in the beer-based vote which he’s already mined, joining the kebab enthusiast demographic — he was presented with a four-pack of Hard Border Hefe, brewed at a local brewery, his face beaming on the label.

The wheel will turn, obviously, but for now McGowan’s comically good year continues.

ACTing up As the the ACT election hurtles towards its — seemingly fairly orderly and polite — conclusion, we’re getting a taste of the flyers:

Meanwhile the Liberals favour an approach (and colour scheme) that may raise the eyebrows of anyone familiar with the lacuna where a federal Liberal party climate change policy ought to be:

Ad hominem What is with the ABC’s “It Must Be Love” ad? If you haven’t seen it, it catalogues various citizens thanking Aunty for all its work over drone footage of beautiful, disparate Australian landscapes, scored by a particularly saccharine version of the Madness song It Must Be Love.

Most egregiously, it spends quite some time focusing on the bushfires that ravaged Australia at the turn of the year.

You can sort of understand the approach. Facing the Morrison government’s cutbacks, Aunty wants to demonstrate that “real” Australians all across this great land love and rely on the ABC. Which is true. The ABC is trusted more than any other media, and was found to have literally saved lives. Because its job is to be the emergency broadcaster. There are no alternatives.

Presumably those same people quoted in the ABC ad would be as enamoured of Neil Mitchell and Ray Hadley if they were the people telling them when to leave their homes in the face of approaching fire.

Backfires Along similiar lines, let’s check in with the Victorian Liberals. Remember them? They’re the opposition party failing to make any impact whatsoever in a state that’s been under lockdown for most of the year because catastrophic administrative failures.

They pulled a stunt press conference yesterday surrounded by 791 small plastic Australian flags, the numbers spelt out behind them in a wire sculpture symbolising the deaths in Victoria since the second wave started.

Apart from the fury presumably felt by grieving relatives at their avoidable tragedy being co-opted for a (literally and figuratively) cheap stunt, the messaging is incoherent. The party that has complained about lockdown now finds it convenient to call attention to the deadly nature of COVID-19. Plus, consumed by other events, it barely got a second of coverage. A real shit hat-trick, fellas. 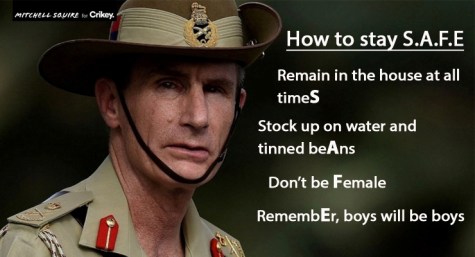 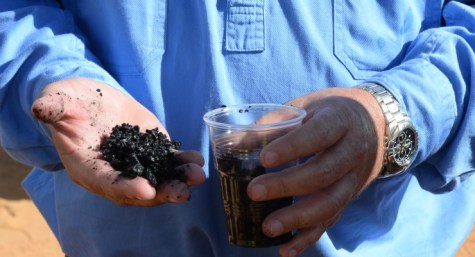 “Spelling licence incorrectly”???? Are you not aware of the commonly accepted interchangeability of the two spellings for the verb to licence (US spelling) or license (as it is still spelt in most other English-speaking countries)?

A D- for accuracy Charlie.

Commonly accepted where? The US may have lax standards (although it’s way more common to see license as both the verb and noun there, not licence), but not here. In Oz they are different words with different spellings, and no argument will be had on the subject.

Licence is to license as advice is to advise.

I did not expect the empty, “common usage” get-out from you.

Language is as language does, Blodeu. Irregardless of your view.

What is language if not a reflection of ‘common usage’? We don’t have an Academie Francaise to unlax our standards, you see.

I get uptight about incorrect and sloppy use where the meaning is thereby potentially obscured. I have no problem with creative – and unequivocal – use of what’s already there.

Just an FYI – It Must Be Love was written and released by Labi Siffre in 1971 (got to about #14 in the charts) before being covered by Madness some 10 years later. Of its time but not ‘saccharine’.

Actually, the cover is of the Labi Siffre song “It must be love”. Madness did a cover of the same song (with a cameo by Labi Siffre in the film clip).

The ABC’s Love Ad is super cringe material – how embarassing! The ABC is past its use-by date actually. The only outfit where you still have a job for life, where the staff wear their parents clothes, where news is what the government dictates, where in-depth journalism retired years ago, where endless repetition serves as reporting and everything is east-coast centric. In WA we have no local coverage. Last summer we had wall-to-wall bushfire coverage (not of our fires though) and this year has been Covid Eastern States. These stories should have been covered locally – not exclusively as of national importance. I could go on, but then I would be as boring as tired old Ita B and her horrible old Aunty!

Job for life? Sorry Rupert just not true ask Emma if you don’t believe me

I’m still trying to work out what the lede “He just McGowan and Gowan” in the first item means.