As Australian politics descends further into a swamp of scandal and misconduct, the need for a properly effective federal ICAC -- and not the farce proposed by the Morrison government -- is greater than ever.

Some of the details from disgraced NSW MP Daryl Maguire’s attempt to help out Louise Raedler Waterhouse in her quest to maximise the value of a parcel of land near the new airport in Western Sydney have a certain familiarity.

The ostensible reason bureaucrats in the federal Department of Infrastructure paid ten times more than they should have to buy some land adjacent to Badgerys Creek from a Liberal donor was because they demanded that a valuer calculate what the block would be worth if it was rezoned to maximum potential use.

Owning land near the forthcoming airport is clearly a ticket to huge wealth — if you can get the right outcome from bureaucrats and ministers.

Usually it’s state and local governments that offer property owners and developers the opportunity to get rich off a bureaucratic stroke of a keyboard, but Badgerys Creek is an example where Commonwealth decisions can also yield a pot of gold for the lucky owner. Or donor. Normally, it’s the opportunities for rorting presented by grants programs that lead to corruption at the federal level.

The details of the extent to which Maguire allegedly sought to use his relationship with Berejiklian to extract immensely rewarding regulatory outcomes for mates — which he hoped to get a cut of — have only emerged courtesy of the investigations of the NSW Independent Commission Against Corruption.

It was ICAC that forced Maguire to resign in 2018 after it revealed his conversations with a councillor of Canterbury council about the cut they would get from the purchase of a block of land zone for several hundred units.

But under the Morrison government’s model for a federal ICAC — released years ago, without any steps taken to establish — a federal counterpart to Maguire, say a dodgy western Sydney MP trying to extract favours for a mate owning a block of land next door to Badgerys Creek, would never have been caught.

Under the restrictions imposed by Scott Morrison and Attorney-General Christian Porter, the federal ICAC would explicitly be banned from investigating complaints about an MP from a whistleblower or member of the public. It could only act if another integrity body referred a complaint about the MP to it.

And even if another body referred it, a federal ICAC might not be able to investigate it — it would have to decide if trying to influence a Commonwealth decision for a mate was “serious or systemic corrupt conduct”. If not, then it couldn’t investigate. If it did investigate, it wouldn’t be able to do so publicly. The entire hearing would be held in secret, so any relevant details — like, say, the relationship between a dodgy MP and the prime minister — would be kept hush hush.

And the federal ICAC would also be banned from making a finding that the MP had behaved corruptly. Instead, they would have to hand their findings to the Commonwealth Director of Public Prosecutions — who is hand-picked by the government.

It’s another example of how Morrison and Porter’s farcical federal ICAC model would allow corrupt MPs and ministers to continue on their merry way without fear of a whistleblower, complainant or disgruntled client, making life difficult for them.

Everywhere you look at the state level, there are major integrity and accountability issues. In Victoria, it’s the lack of accountability for the Andrews’ government’s lethal mishandling of hotel quarantine. In NSW, it’s the latest in a long, long line of dodgy MPs.

In Queensland, it’s scandals around the premier’s former chief of staff and the opposition leader being referred to authorities by her own party for potential donation law breaches. (Opposition leader Deb Frecklington today rejected reports that she had been referred to the Electoral Commission of Queensland over breaches.)

Does anyone outside the federal Liberal and National parties seriously think federal MPs are fundamentally different from their state counterparts?

Australia is a banana republic, a country where the fix is always in, mates are always looked after, and having your eye for the main chance is a guide to public life for too many MPs. The only thing they fear is a well-resourced, independent and transparent anti-corruption body. 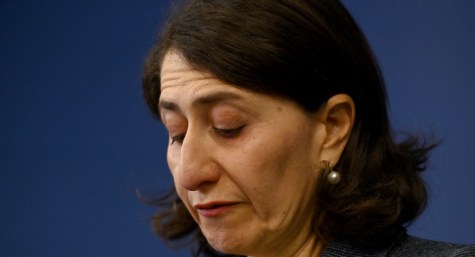 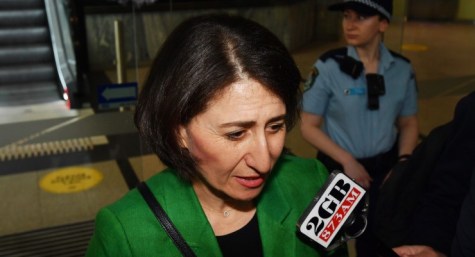 ‘They could be tapping my phone’: ICAC hears Maguire’s demands, suspicions in Berejiklian calls 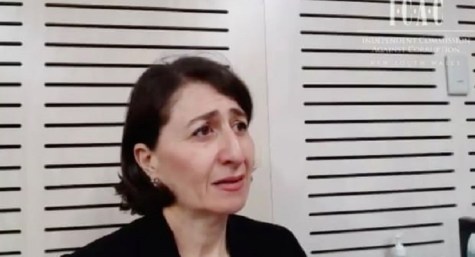 ‘I gave him the benefit of the doubt’: Berejiklian on ex-partner Maguire

You never cease to equate behaviours that are not equal Bernard – there is no equivalence between the Victorian quarantine mistake and the LNP determination to evade a genuine Federal ICAC.

Exactly. At least Dan Andrews set up a judicial enquiry.
And the whole thing reeks more of stuff-up than conspiracy.

The world is in trouble with false equivalence at large.
Apparently everyone is corrupt and also to the same degree.
It’s weak journalism seeking to avoid being pigeonholed as ‘one of them’ and it’s also a virus in plague proportions.

I’m feeling real stupid now. Quarantine is a solely federal responsibility according to our Constitution, yet Teflon ScuMo is able to blame the States (particularly Andrews) for doing something on quarantine to protect citizens (and making a mistake) when the real blame lies with Morrison’s failure for shirking his responsibility and duty under law to manage quarantine, and his failure to introduce a real anti-corruption body (despite and probably because of the corrupt behaviour of his Ministers). And not only that, it seems the good burghers of Australia are generally approving of Morrison’s hollowness as the opinion polls show.
I’m with you Fairmind. To be equivalent there needs to be some private, or indeed political, benefit for Andrews. Even Andrew’s proposed over-reach on police powers, while bad, was not corrupt (& it failed thanks to a hung parliament). Morrison and his Ministers’ failures, like Angus Taylor, Bridget Mackenzie…and the ‘crony capitalism’ that Bernard has written on, show private benefits to ‘mates’ rather than just stuff ups.

I agree with your analysis of the situation. Andrews is acting in good faith to secure the health of Victorians even if there have been missteps. Dodgy self interested behaviour of too many in the Coalition at both State and Federal levels is far more concerning and could not be described as operating in goid faith

Fairmind ! As I said in another comments section. The right wing nut jobs working for MURDOCH media will not go after there own aka N.S.W Premier and QLD opposition leader.
To interested in a Labor Leader in Victoria to upset or go against there Masters wishes and chase the dirty dealings of L/NP

It’s easy to write off Porter’s proposed federal ICAC as good for nothing, but it would in fact perform a valuable function, for some definition of valuable. Any federal-level complainants or whistle-blowers going public without first going through the proper channels to Porter’s pseudo-ICAC will be accused of all manner of impropriety. Meanwhile the pseudo-ICAC will do its job of burying any potentially awkward information it receives, at least for long enough for all the political danger in it to fade to nothing. The attractions of Porter’s baby are obvious.

Recent events show why there won’t be a ficac. Easy to call for one when you’re not in the crosshairs and in opposition
When you’re in government it’s always too hard

While I would like to agree with you, I find the fact that – despite being in opposition & having been there for years, watching rort after rort sail through in full view – Federal Labor have utterly failed to make a case for an effective ICAC. In fact if the subject is raised with them they may give it the briefest of lip service, but then are suddenly quite desperate to talk about some other subject that is the ‘far more immediate issue’! Surely it’s a no-brainer, it’s certainly something that would win them votes – why on earth are they avoiding it? Even if there are a few skeletons in the closet, it would be a very long way from the blatantly corrupt L/NP.
I genuinely want to understand why.

The Muppets’ proposal for a Federal Corruption Commission is so obviously a dark Orwellian absurdity. It is designed to hide and suppress information about corruption.

By the way, the CCC in Queensland exonerated Jackie Trad. So why the persistence with the slur?

In respect of the quest for ‘accountability’ over the Victorian Hotel Quarantine affair, the blood-thirsty obsession with finding a victim is getting tedious and is irrelevant. Is not obvious that perhaps no-one actually made a conscious decision to hire bouncers to supervise it? Rather, it was the consequence of insidious neoliberalism; ie everyone just assumed it would be outsourced. And that is shocking in itself.

CML
Reply to  Been Around

Thank you for correcting that obvious lie about Jackie Trad. It was also made in the article here today written by Janine Perritt.
You lot at Crikey just can’t help yourselves…dumping on a Labor woman MP, who has already been cleared of any wrong-doing, for what? Are we supposed to believe that all Labor women are as bad as those in the L/NP? How juvenile…not to mention ‘FAKE NEWS’!!!

I’m sorry – one of these things is not like the other…. Does Bernard have evidence that the hotels inquiry in Vic is looking at corrupt conduct? If so we should be told……..
\

BK is a bit past his use-by date. Perhaps a gig with scomos empathy consultants?