Across the country, universities are seeing rising domestic demand for places, in a rare silver lining for the coronavirus-devastated sector.

Universities across Australia are recording higher levels of interest among prospective students, with more young people turning to higher education as the sector struggles during the pandemic.

Data from the University Admissions Centre, which handles undergraduate entry for NSW and the ACT, shows more than 43,000 students applied early for tertiary study in 2021 — an 8% increase on last year’s numbers.

Universities across the country are seeing a similar growth in domestic demand. In Queensland, there’s been a 20.3% increase in new enrolments compared to last year, the Tertiary Admissions Centre (QTAC) says — although that increase is just 6.5% when the state’s reduced 2019 year 12 cohort is factored in.

This week InDaily reported Adelaide’s Flinders University had recorded a 23% bump in enrolments for semester two this year, while neighbouring Adelaide University saw a 4% increase.

In Victoria, growth has been more modest, with Year 12 applications for further study up 1.9% compared to last year, according to data from the Victorian Tertiary Admissions Centre.

It’s a rare silver lining for a higher education sector that’s been devastated during the pandemic — both by a dramatic drop-off in international student numbers, and a hostile federal government which has denied public universities JobKeeper support, and introduced a bill that will cut funding.

Still, that silver lining is itself a product of a tough economic environment, with young people turning to the relative stability of tertiary education because the alternatives — work, gap years, overseas travel — simply aren’t there.

“I would say that study is preferable to unemployment, and therefore there are a number of people who are borderline, who’ve decided they wouldn’t go to uni or would put uni off are now going,” Australian National University higher education expert Andrew Norton told Crikey.

But Norton warned that increased domestic demand might not be enough to offset the net loss in enrolments from overseas, which have been so crucial to the financial health of the sector.

There have still been some bright spots for universities — institutions like the University of New South Wales have recorded more robust demand from China than expected, with international students studying online from back home.

But on the whole, higher domestic demand might not be enough to save a crippled higher education, which has shed 10% of its pre-pandemic workforce, and where the cuts will only keep coming. 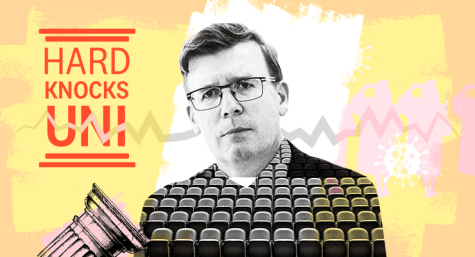 How the pandemic reshaped universities — and delivered on a Coalition dream 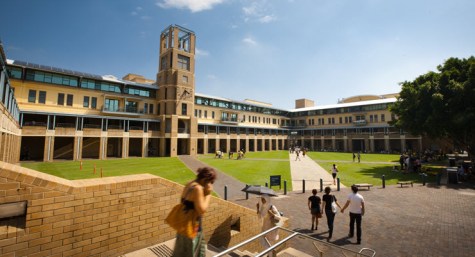 International students are set to return for 2022, but how much damage has been done?

I’m panting as a 10 year old might as to the next episode of “what happens next” in regard to a change of orientation from humanities to science for a given student.

Permit me to predict a change of less than 5%.

UNSW – it requires no analytical genius to see why there is strong demand from Chinese students to attend – look at the recent past this Institute seems to be the Australian Chinese equivalent of the Cambridge University 1930 to 1950’s -remember Kim Philby and Co!

On the other side of the coin, Desmond, (read the history of MI5&6) the major players from the 1920s to the early 50s were Cambridge dons of history; less so for Oxford despite the higher recruitment of Oxford graduates.

Problem is, most of those new enrolments are not coming from lower income groups, and the numbers aren’t large enough to save the jobs of many uni essential workers / teachers. There is an obvious argument for the reintroduction of a neo “Teriary Allowance Scheme” that is not only about equality of opportunity but also about nation building , a more knowledge based citizenry and more competitive economy. It would also enable a return to the higher standards of teaching experienced in the 70s, when Whitlam’s free uni program was thriving, when academics didn’t have to dumb down, to put bums on seats. I was one of Gough’s free uni recipients and a now retired full time uni lecturer, and have witnessed high failure rates of my fellow students in the 70s and low failure rates of my teaching colleagues’ students during the last 20 years.

That there were few votes to be lost by reintroducing fees (Hawke and Muldoon) is the reason for fees being reintroduced. The ‘standards’ issue is a function of a desire for high retention (yr12 students undertaking yr 8 or 9 work) and entrance into (fee-paying) university. Agreed – standards only go one way with such a student-dependent model.