Economy faces declines in all three Ps, not just population

The collapse in population growth will seriously affect today's budget — but it's the fall in productivity and participation that will magnify its impact on the economy.

Tucked away in Budget Paper 3 today will be a crucial number for the government’s economic growth estimates and for Scott Morrison’s self-declared target of 3.75% GDP growth every year for five years.

That’s where the budget forecasts for population growth — fertility and net overseas migration — will be tucked away.

Last year, long before anyone had heard of COVID-19, the government used a dodgy population figure to inflate its economic growth forecasts for a pre-election budget: the fertility of Australian women was forecast to surge from 1.781 babies per woman in 2018 to 1.9 in 2021 — a remarkably rapid demographic turnaround for our declining fertility rate.

It also forecast a rise in net overseas migration at a time when the government had cut the permanent migration program.

Experts like Abul Rizvi and experienced economic observers like Michael Pascoe called bullshit on the trick. They’ve since been vindicated.

As it turned out, the trick was tempting fate, because now the government has been mugged by reality on population, courtesy of the pandemic. The borders are shut, killing most temporary migration — particularly temporary workers and foreign students — and crippling permanent migration. And economic uncertainty will see families decide to delay having kids.

As Jason Murphy has pointed out in Crikey, the hit to population growth is a gut punch to an economy that not merely has key industries like higher education that rely heavily on temporary population, but has been increasingly reliant on population growth to drive economic growth.

As the Productivity Commission showed in 2015, Australia has come to rely more heavily on population growth to fuel economic growth in recent years as the two other “Ps” of Ken Henry’s growth triumvirate — productivity and participation — have fallen away. The contrast is especially strong with the 1990s, when productivity growth was significantly stronger than population growth.

Productivity growth has slumped under the Coalition after rising under Labor, and in 2018-19, labour productivity actually fell for the first time since records began in 1994, reinforcing the deep stagnation inflicted by the Coalition on the economy.

Business and many in the media continue to push for WorkChoices-style industrial relations “reform”, which led to a collapse in labour productivity in the years before the Fair Work Act was introduced.

That’s been driven by a three percentage point rise in female participation. Indeed, the government upped its forecasts for participation in last year’s MYEFO — previously it seemed that it believed the participation rise had maxed out at 65.5%, but that was bumped up to 66% last December.

Like much else, that success story came to a juddering halt this year. So far, participation has only recovered about two-thirds of the falls earlier this year for both men and women, and appears to be flattening out, effectively back at 2013 levels — and at historically low levels for men. The July economic update conservatively reset participation to 64.75% for this year.

Without a recovery in participation, Australia faces negatives on all three of its key economic drivers, at a time when the Prime Minister claims that growth will surge back to levels last seen in the mining boom years under Labor.

The shutdown in migration will also have flow-on effects into specific industries, and not just the obvious ones like higher education, travel or infrastructure provision. Sectors that rely heavily on temporary migrants will be hard hit. The exploitive horticulture industry is already calling for young people to be forced to pick fruit due to the absence of much of its temporary migrant workforce.

The IT industry, which has preferred to use temporary visa holders to source software engineers and programmers rather than invest in training, has also been affected. And Australia’s ability to rapidly increase its aged care workforce to address persistent inadequate staffing will also be limited by an inability to source foreign workers.

But while population will have a critical bearing on our growth trajectory and on key industries, it’s the lack of offsetting growth in the other two elements of Ken Henry’s famous growth triumvirate that will shape our sluggish economic start to the 2020s. 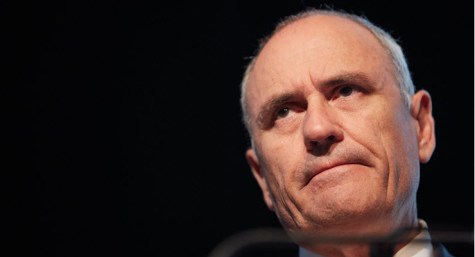 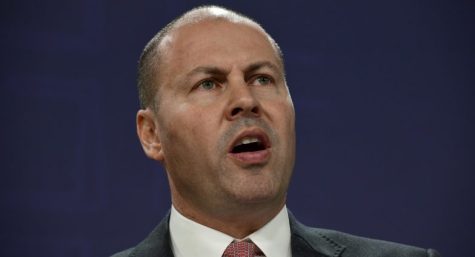 Are the all-important ‘three Ps’ still on track in an ageing Australia?

Is there anyone out there apart from a few loud mouthed developers and whiny VC’s that believes our developing world population growth has been a good thing?
Certainly if you believe any of the surveys most Australians have had a gut full of an approach that has seen our numbers balloon at a rate way above our major trading partners.
While subjects such as the environment and amenity remain untouched colour me unconvinced.

Maybe infrastructure will be able to catch up.
Biodiversity will go the way of media diversity if it hasn’t already.

What policy of the Coalition’s has had any impact on the participation rate?

Quote “What policy of the Coalition’s has had any impact on the participation rate?
The year on year impoverishment of the ordinary Oz worker.
the shift to casual work away from full time employment.
The ‘goosing’ of the property market by any available means making the family home an increasingly distant and expensive ambition.
Promotion of the private rental market to the virtual exclusion of social housing.
No fault termination of tenancies.
I could keep on.
All of the above and more will also be affecting the reproductive rate and family formation.
What is forecast for this Budget, Rinse and Repeat.

And, how many hours per week constitute ‘participation’.

Whatever the work for the Dole scam specifies?
My favourite quote “most of the guys just watch telly when they’ve put the clothes on hangers”

One hour per week of ‘gainful employment’ I believe.

Importance of ‘population (growth)’ of temporary residents via the ‘nebulous’ NOM including students, backpackers, temp skilled workers, investors, self funded retirees or guardians, is in federal budgets and particular sectors.

In the short, and more importantly long term, this cohort of net financial contributors via GST, PAYE etc., not to forget spending, paying for services and some investment; ameliorates the need for Australians (in the workforce) to pay increasing taxes to cover for increasing numbers of Australian retirees paying low or no taxes (being catered to by successive governments).

Most developed nations understand this well as they have not been subjected to decades of dog whistling of ‘population growth’, NOM and ‘immigration’; except Australia, UK, US and several fringe European nations.

Germany was the first cab off the rank where the workforce age of thier permanent and/or citizenship passed the sweet point i.e. proportional decline in working age population, easily managed by both EU Schengen Zone and external immigration.

Alternatively, if there presence is driving down wages, legally and otherwise, then they are not net contributors as their presence and the effect on wages and the job market is deleterious to everyone else. If we were earning higher wages, we would be paying more taxes, and if we could get unemployment down to 3% or so we might get inflation back to a more comfortable 2-3%.

It’s more complicated then the benign fairy tale of ‘net contributors’. That’s true only up to a point, a point likely far below the levels we have seen.

Not aware of any evidence, anywhere, that immigration negatively effects workers (some short term impacts), it is a very old trope encouarged by conservatives to stir up the workers.

If you do have any research evidence that shows a causation, happy to read.

A society that is “…increasingly reliant on population growth to drive economic growth…” is not one with a sound ethos or a long future.
And the “industries” cited as dependent on this cancerous increase?
Tertiary education, travel & infrastructure provision which surely could do with an hiatus just to catch up with the excesses of past years.
And why is it deemed “a good thing” for more women and older people to be participating in insecure, underpaid, exploitative and often utterly deleterious jobs?

Excess of what? Employment of tens of thousands of Australians in these sectors, whom are now without work?

The false premise of the article is a dearth of workers due to less immigration.

Excellent analysis BK – hopefully these structural issues will be addressed (in our lifetime) by a more progressive govt.