The government hopes that economic activity generated by tax relief will create 50,000 new jobs. Will the cost be worth it?

More than 11 million Australians will get a tax cut backdated to July 1 in a federal budget that aspires to create hundreds of thousands of jobs and keep local businesses not just open but hiring.

“This budget is all about jobs.”

An immediate new JobMaker hiring credit will be payable for 12 months to employers who hire people on JobSeeker aged between 16 and 35. They must be employed for a minimum of 20 hours a week.

Big banks will not be eligible for the credit, but all other businesses will.

Treasury estimates the initiative will help support about 450,000 jobs for young people, while a further $1.2 billion investment in JobTrainer hopes to create 100,000 apprenticeships through a 50% wage subsidy for business that employ trainees.

On tax cuts, the treasurer promised Australians they would have more of their own money to spend.

“We will achieve this by bringing forward stage two of our legislated tax cuts by two years,” Frydenberg said.

The low- and middle-income tax offset will be retained for an additional year.

More than 7 million taxpayers will receive a tax cut of $2000 or more this year, and 11 million overall will receive some backdated tax relief.

The government hopes the economic activity generated by those savings alone will create 50,000 jobs.

The budget describes a structural reform of Australia’s tax system that will result in 95% of taxpayers with a marginal tax rate of no more than 30 cents in the dollar in 2024-25.

Superannuation accounts will now be able to follow employees from job to job, with super accounts no longer being automatically created when workers change employers.

Super funds will have to meet annual performance tests — poor performers will have to notify their members. The government will set up a YourSuper online comparison tool.

In more incentive for businesses, almost all will also be able to immediately write off the full value of eligible assets purchased.

The initiative targets small, medium and larger businesses with a turnover of up to $5 billion until June 2022. Losses incurred can be offset against prior profits made in or after the 2018-19 financial year.

The treasurer described the move as a “game changer” that will unlock investment and “boost the order books” of the nation.

The second women’s economic security statement is included in the budget, with $240 million in measures supporting cadetships for women in science, technology, engineering and mathematics; job creation and entrepreneurialism; and women’s safety.

But these and other budget initiatives come at a hefty price for the nation’s bottom line.

COVID-19 has hit Australia’s economy hard and the government’s response has cost dearly. With the actual deficit standing at $85.3 billion, it is estimated to reach $213.7 billion this financial year, falling to $66.9 billion by 2023-24.

The economy is forecast to fall by 3.75% this calendar year and unemployment to peak at 8% in the December quarter.

“We will then rebuild our fiscal buffers so that we can be prepared for the next economic shock,” he said.

Chris Johnson is the managing editor of Crikey's sister site The Mandarin, and is based in Canberra. 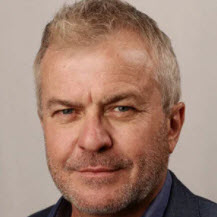