Tim Smith is at it again, and so is The Australian. Plus more tips and murmurs.

What an absolute card Tim Smith is a man who is talked about as a possible future leader of the Victorian Liberals and a man who can lose his own rigged Facebook poll. (Because we live in a universe where one of those statements does not preclude the other.)

For Smith’s most recent performance, he has posted a depiction of the Victorian Labor party in the manner of the playing cards issued to American forces during the Iraq war. Classy as ever, he’s put a big red cross through former health minister Jenny Mikakos, as though she was taken out by a big, tough marine.

Maybe the ABC could ask him about this example of the “humour and colour” he brings to politics next time it agrees to a chummy profile piece.

The freezer Still in Victoria, The Australian has brought us news of “Dan’s freezer”… sounds spooky.

The story is that Premier Daniel Andrews puts former allies in “the freezer” after personally falling out with them. It’s industrial size, taking up most of the article — necessary, because that’s the only real content.

For example, there’s no context that suggests factional, not personal, splits could be behind a series of sudden realignments, in the wake of the Adem Somyurek scandal.

In fact, Andrews and Gavin Jennings didn’t just have a BFF fallout, as the article suggests.

The left subfaction, which used to be the Lindsay Tannerites, is coming loose from the Socialist Left, and very old alliances are coming apart. But yeah, yeah Dan’s freezer. The only one in Dan’s freezer is the Oz Victorian team, which is very much frozen out…

Book learnin’ After we pondered the mysteries of Alan Kohler’s bookshelf, the man himself got in contact to tell us what we feared — like everything in 2020, Kohler’s book shelf offers us no coherent meaning:

“There’s no overall message – they’re just props in my home set,” he told us. “I put some books there first day because it looked good with the pot plant and then thought I should change them next day and before you know it, it’s a thing.

Troll of the day Recasting the name in a way that is impossible to reverse in one’s mind, Twitter users — up to and including the official Twitter account of the Canadian Armed Forces in the United States — have overwhelmed the hashtag associated with “white chauvinist organisation” Proud Boys with images of boys displaying a very different kind of pride:

This is sure to surprise any people who first became aware of the Proud Boys during last week’s US presidential debate, when President Donald Trump declined to tell them to refrain from rioting if he lost the election. 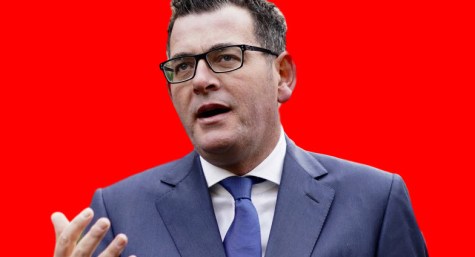 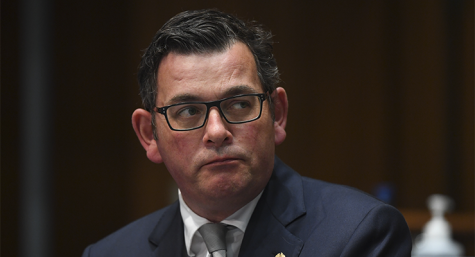 The Labor corruption scandal that sank without a trace 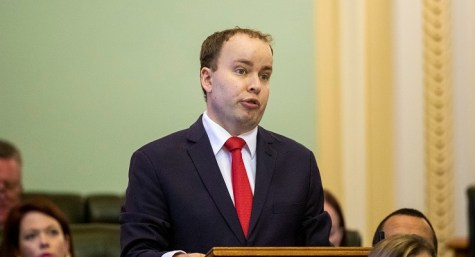 Poll axed … Flynn’s flight to the right … COVID: how it could have been so different

Kohler’s “got a sense of humour”?

You bet Klewso, a very dry and droll one, often used in a subtle way when adding an aside to some econobabble.

It is surely a sanity safeguard to have a sense of humour reporting on finance and Kohler was doing it during the Skase/Bond years.