Aged care was out of sight, out of mind when it came to developing a response to the pandemic, with tragic consequences.

The remarkable, deeply depressing special report by the aged care royal commission on the response to the pandemic illustrates the extent to which aged care and the needs of aged care facility residents are simply absent from policymakers’ minds.

Sacking aged care minister Richard Colbeck — a fate richly deserved by a minister who has presided over such colossal and fatal policy failure — won’t even begin to address the problem that key decision makers work without considering the needs of aged care, and the sector experts have no input into the systems of decision making.

Commissioners Tony Pagone and Lynelle Briggs explicitly avoid laying blame for the deaths of — so far — over 650 seniors in residential aged care and the outbreaks that tore first through NSW facilities and then, at a much larger scale, Victorian privately-run facilities.

But they identify huge structural problems in the way people making decisions failed to address the needs of the aged care sector, leaving providers, even with the best will in the world, struggling to stop their residents contracting the disease and dying from it.

The overarching conclusion from the report is that aged care was, in effect, shoehorned into the existing pandemic response, without consideration for the fact that it was the sector most exposed to the risk of infection and death.

COVID-19 is a public health crisis that has disproportionately affected aged care in Australia. Much was made during the hearing of whether there was an aged care-specific plan for COVID-19. There was not a COVID-19 plan devoted solely to aged care. But there was a national COVID-19 plan that the Australian Government sought to adapt and apply to the aged care sector.

But much of the governmental response to the pandemic was made without input from aged care experts or the sector itself.

The Communicable Diseases Network Australia, a sub-committee of the Australian Health Protection Principal Committee which has driven health policy advice to national cabinet through the pandemic, released national fuidelines for residential aged care facilities March. This was described by chief health bureaucrat Brendan Murphy as “the fundamental foundational plan” for the sector. But in the view of the commissioners, they were no substitute for a national aged care plan.

Worse, no one on the CDNA has aged care expertise, the commissioners found. And the “guidelines” issued in March proved disastrously inadequate. Anglicare used the guidelines as the basis for self-assessing its preparedness and realised, after the Newmarch House outbreak, that the guidelines weren’t enough. They “caused Newmarch to treat COVID-19 ‘as a flu-like illness’ when in reality it had ‘a lot more of an impact’”.

The guidelines also provided that infected residents should only be transferred to hospital “if their condition warrants”, phrasing now removed entirely from the guidelines. This contributed to the reluctance of NSW Health to accept the need to transfer Newmarch House residents to hospital after they’d become infected, an outcome that almost certainly led to more deaths at that facility. NSW Health preferred to employ “hospital in the home” processes. NSW Health, too, failed — even in the wake of Newmarch House debacle — to seek the input of aged care experts:

The commission also suggests that whatever lessons were learnt from the NSW outbreaks were not “shared widely before community transmission put people living and working in aged care in Victoria at risk”.

That’s the statement for which Colbeck, and his advisers and senior bureaucrats, should resign forthwith. If the NSW aged care outbreaks were unforeseeable tests of the sector, they at least provided lessons that needed to be learned, and weren’t.

Nor is the failure confined to the minister. The AHPPC “provided no written guidance to the aged care sector in the period between 20 June 2020 and 3 August 2020”.

Nor does the purported regulator, the Aged Care Quality and Safety Commission, emerge with any credit, except that it knew the sector was particularly vulnerable. But its “regulation” was extraordinarily passive: in March, the commission wrote to aged care providers asking them to use an online survey to self-assess their preparedness against the discredited CDNA guidelines. Predictably, 99.5% assessed themselves as ready — indeed, 43% thought they were “best practice”.

The commission also used “assessment contacts by telephone”. Neither the commission nor the Department of Health mandated or recommended the use of face masks in aged care facilities, which would have contributed significantly to lowering infection rates.

From the regulator and the responsible minister, to the health officials driving pandemic policy, to state health departments, the needs of aged care recipients, and the expertise of people working in the sector, appear to have been back of mind at best as residential aged care faced its biggest ever challenge. Hundreds died as a result.

How do we fix the government’s aged care mistakes? Let us know your thoughts by writing to letters@crikey.com.au. Please include your full name to be considered for publication in Crikey’s Your Say section 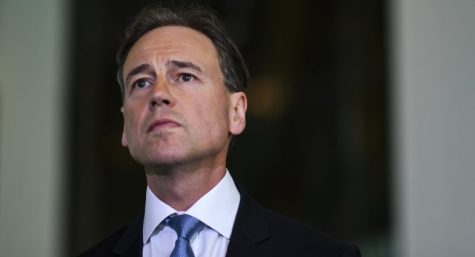 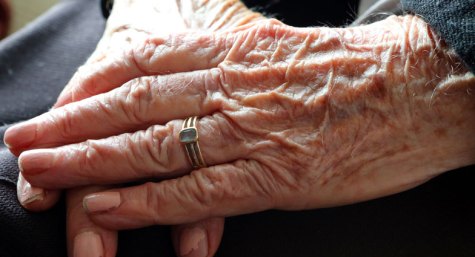 There should be at bare minimum greater roles for all stakeholders in setting regulation. Care recipients and their advocates, representatives of the workers, medical specialists, the providers and the aged care department.

There is a wealth of expertise and experience they clearly aren’t tapping into. The results are literally fatal.

One thing I would like to see with future pandemic planning for aged care is a fee pause when a resident of a facility is taken out of the facility and into home care, where this is practical. This would facilitate social distancing and lower the workload at the facilities. Some families did this and have to keep paying to keep their place. They should instead be applauded for helping the system in this tough situation.

Sorry Draco, the lords of Britain, who ultimately own BUPA would not agree to that.
What were you thinking?
They have to provide “grace and favour” housing and entertainment for those Australians who need digs, whilst working for Britain, free of charge, while they are on the Australian payroll as ex-ministers.

It’s a challenge as it is complex. The series of changes to aged care that started with John Howard have led to the situation as it is now. Rick Morton in the Saturday Paper gave a good account of this.

The whole model needs to be changed from a largely unregulated consumer ‘choice’ model back to a service which is regulated. . When you hear the regulator talking about the frail elderly as consumers rather than vulnerable people in need of good care, you know that the model is wrong and the attitudes are wrong. Need also to bring back proper supervision and support of the sector.

I would be surprised if this happened under the current government Because it is anathema to their business model.
–

I agree that this is the ultimate flaw. Perhaps the one government that still aspires wholeheartedly to the neoliberal social ideal, which thinks that small government and goods and services left as much as possible to private businesses is the proper goal of government, has thinned the public service so much that it has become incapable of timely planning. Everything is too little too late, since the few public servants left can only struggle to do their job. This is not only, if largely, a problem of the Federal Government but also of StTe Governments that religiously follow the same social ideal. SA Health, is so under resourced that it can’t even publish coherent information for the public. We need people I all political parties, who understand science and can tell the difference between science and mathematical models constructed in the imagination and blindly followed, to speak up for capable rather small government.

It can’t be fixed, not easily, if at all, as conservative thinking is CHEAP, do it cheap, profits before people, cuts and shortchanging and underpaying, underresourcing, blame shifting, lying.., all is featured. Logically (??) states run health and somehow should always have had a large, if not major and defining say in all health related matters, where nursing homes are positioned. They are not mere retirement villages or holiday homes for the able but old. Appalling inadequacy is a feature of conservative government card dealing and a dill or dope usually gets certain portfolios such as this, to shut up the greedy and ambitious. State striving and effort as against built in federal conservative failure, as is expected…, It was actually criminal in its development since the odious defective Howard and his bumboying to naked profiteers. A national cabinet roundtable is necessary here to vent the repressed feelings of horror…

Simple Fix. Make it a condition of standing for a parliamentary seat that the member and all family members must, now and for a period of 10 years after leaving parliament, (a) attend public schools, (b) use public hospitals and © retire to state owned retirement homes.

What a great solution Brunner 1.I’ve argued for years now that if a condition for entering state and federal parliaments was that all offspring MUST attend public schools, with no exemptions on religious or other grounds, our public schools system would become beacons of excellence because of the funds being shovelled their way

They should have taken notice following Italy. They’ve been sleeping on the job. Also, for cutting funding, Morrison should be sacked.

As a young man I saw this kind of thing in isolation. Having grown older and developed a kind of “institutional awareness” or maybe just having lived so long, I see this as a Simpsons “Doh” moment.

The gummint saw the cost of running aged care facilities and someone, somewhere put forward the suggestion of privatising it. This would save on high wages for qualified personnel plus the eventual superannuation costs the same gummint would incur by having qualified staff in the job. Forget the quality, feel the savings!

So the role of aged care was handed to private entities who would provide care to old folks in exchange to an annual bucket of money for doing so. This is where human nature took over. Money went on car fleets, landscaping, accommodation and the employment of suitably qualified accountants and lawyers to minimise taxes and maximise profit. Forget the quality, feel the nepotism.

Pesky problems like rostering, enlisting staff with education above Certificate 5 level, long service leave, overtime, were overcome and barely qualified, non-psych evaluated, people began to look after Granny at a new level of incompetence and care caused by the job stresses of basic ignorance and unreasonable task targets. Forget the quality, feel the profits.

Look at any gummint organisation that has been privatised and the story is the same. But this time our most vulnerable and deserving of care died. Forget the quality, feel the ennui.

Never mind the quality, feel the width (of the profits)