Victoria's law reform commission's ideas to reform contempt of court laws is based on assumptions about the robustness of our legal system which no longer hold up.

Thanks to Derryn Hinch and a trio of Morrison government ministers, the law of contempt of court — relatively obscure everywhere else — is a bit of a big deal in Victoria.

In 2017, the ministers Greg Hunt, Michael Sukkar and Alan Tudge only avoided contempt charges by offering grovelling apologies. Tudge was just last week told in no uncertain terms by the Federal Court that his flagrant disobedience of its orders placed him in contempt of court again.

Contempt’s local celebrity status and the fact that government ministers don’t seem to know what it is, may be why the Victorian Law Reform Commission was tasked with modernising the law governing it.

But in the process, I think it’s missed the central point.

The VLRC’s commission to look closely at contempt was part of the Andrews’ government’s push to do something about Victoria’s reputation for having Australia’s worst record on open justice: the principle that the workings of the legal system, specifically courts, be held open to public view.

I have written previously about how the government’s attempt to make life easier for sexual assault victims who want to tell their stories has achieved the exact opposite outcome. Well, if the VLRC’s recommendations on contempt are adopted, same mistake.

The key recommendation appears logical at first glance: to put all of the law of contempt of court into a single act of parliament, so that everyone can easily see what is or isn’t lawful. At present, contempt is a creature of the common law, made and constantly adjusted by judges. To work out what it is, you have to read a lot of judgments and pick through the Latin maxims.

The common law has always said that courts have an inherent power to protect their own integrity, recognising that that is essential to society’s respect for the rule of law. The courts have done so by reserving the right to call out, prosecute and punish behaviour that would (if not shut down) bring them, and justice, into popular contempt.

This has been broken down over the centuries into various categories of contemptuous conduct. The most well-known are contempt in the face of the court (being rude to judges); sub judice contempt (prejudicing upcoming trials, for example by publishing allegations as fact); disobeying court orders; and scandalising the court (like when government ministers publicly say that judges are soft on crime).

It can be an extremely tricky business working out whether any particular act falls on the right or wrong side of the contempt line, because contempt is subjective and discretionary, and human behaviour infinitely varied. The consequences can be extreme; because it’s a common law offence, there is no limit to the punishments a court can impose, in fines or jail times. Consequently, the outcomes can be arbitrary.

The VLRC’s answer is to encode the rules entirely, detailing exactly what will constitute contempt and what the maximum penalties for contravention will be. It explains across hundreds of pages why that would be a very good thing.

I don’t think so, however. Contempt has always been understood by the courts because of its unique status as an inherent and undefined power, to be a weapon held closely in reserve.

Historically, it has been rarely deployed and, for the most part, with caution. Like the nuclear deterrent, its real power derives from its non-use.

Taking contempt from the cupboard at the back of the judges’ chambers and converting it into legislated form would fundamentally shift its nature and status, to just another set of crimes.

While that may sound unexceptional and in fact rationally modern, the logic really fails to appreciate the inherent fragility of our courts and the system of justice that they administer and defend.

The courts, like all institutions of authority, derive their power from a combination of convention and unspoken threat. All such institutions — government, police, army, parking ranger — have no other source of compulsion. If we call their bluff, and they’re not prepared to shoot all of us, they fall (see: people power, Philippines, 1986).

The courts hold a unique position, at the apex of our system of government, being the arm that has the final say on everything and the ultimate arbiter of justice. Their awesome power requires more than just our tacit agreement to maintain their standing and our faithful obedience to their determinations.

It would be a mistake to strip the courts of their power to protect themselves. I appreciate that the VLRC’s recommendations aim to leave the power of enforcement in the courts’ hands, but subject to the legislation’s prescriptions. However, rules once enshrined become fixed, and cannot readily adapt to changing times. Social media, true crime podcasts, politicians who believe they are above the law; these are all newish developments to which the law is having to rapidly adapt.

The idea that judges should be left with the unrestricted power to decide what conduct constitutes contempt and how it should be punished, may sound anachronistic and the Victorian parliament will probably agree with the VLRC’s view that it is.

Personally, I think it’s based on assumptions about the robustness of our legal system which no longer hold up.

It’s worth keeping in mind how many conventions of democracy and the rule of law that have been, and are being, thoroughly trashed in the Western world as we speak.

I’d be very slow to reduce the courts’ power to protect themselves and, by extension, us all. 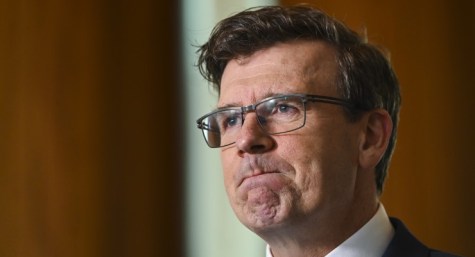 Alan Tudge’s contempt seems to know no bounds. Why is he still a minister? 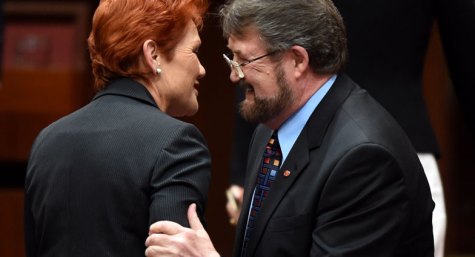 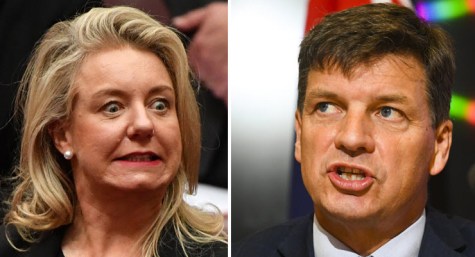 Codifying the law of contempt of court is is a facet of the simplistic thinking that presents us with mandatory sentencing.

One would discriminate between the motives of the ‘human headline’ versus three Liberal MPs. The latter were doing what the GOP and UK Tories, plus sub-optimal or illiberal democracies do, i.e. target, criticise, disempower the legal system and judiciary to ‘move the goal posts’.

Given it appeared to be punching up againt people deliberately doing things they shouldn’t, why change it ?
To take power out of the judges hands and place it with lawyers who think they can weasel around the law. That seems like the ultimate outcome.

Two days ago I looked up the County Court of Victoria for a historical case. I then asked the court for information about it, because nothing came up.
The associate sent my request to the Judge. The Judge said no.
Open justice? I don’t think so.
Victoria is very secretive about their cases and protects the privacy of the criminals. I don’t understand why, but they believe the criminals have the right to privacy.