People should lose their jobs — lives were lost and unimaginable suffering ensued — but there was no crime committed.

The hotel quarantine program in Victoria was a self-evident disaster, the price paid in lives lost and the state’s economy shattered.

It has claimed the health minister and will continue to tear strips off Premier Daniel Andrews’ political hide. There will be class actions as lawyers descend on the wreckage.

But will it send anyone to jail?

According to The Australian’s Robert Gottliebsen, if the Victorian government applies its own law, ministers and senior public servants in their droves are prime targets for prosecution as perpetrators of workplace manslaughter.

Gottliebsen first flagged this in August and doubled down this week, declaring the only way to avoid the wholesale jailing of senior government figures will be if prosecutors refuse to, or fail to, properly apply the law.

It’s a great story — but completely wrong. Nobody will be convicted of manslaughter over the hotel quarantine debacle, and the law will survive just fine.

In late 2019 the Andrews government beefed up Victoria’s occupational health and safety laws, introducing a criminal offence of workplace manslaughter. 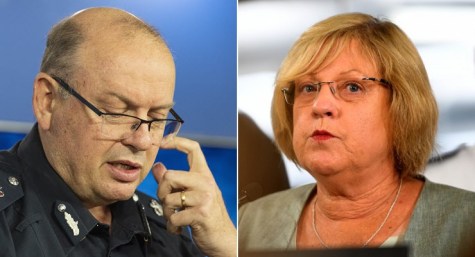 Its object was to do something serious in response to the 24 workplace deaths in the preceding couple of years, to make employers sit up and take their safety obligations more seriously. Nothing like the threat of a $16.5 million fine or 25-year jail sentence to grab the board’s attention.

The crime can be committed by anyone who owes statutory workplace health and safety duties under the legislation, excluding employees and volunteers. Employers — corporate or human, private or government — are in the gun, as well as their directors and managers.

The OHS duties are essentially to provide a safe environment and take reasonable precautions against known and foreseeable risks. The duties are owed to employees and the public — anyone who comes into the workplace.

To commit the manslaughter offence, an employer must do something (or fail to do something) which:

The key element is “negligence”, which the legislation defines in terms of criminal negligence rather than the common or garden variety. This is the bit that Gottliebsen seems to have missed.

The degree of negligence required to trigger prosecution is “a great falling short” of a reasonable standard of care, which also involves a “high risk” of death, serious injury or serious illness.

That’s a really high bar, miles higher than the negligence that would suffice for a civil damages claim or a regular OHS breach.

“Great” is not a commonly used legal term, but the courts will interpret it as something along the lines of “huge”, “terrible”, “OMG I can’t believe you did that” — that sort of territory.

According to Gottliebsen, if you’re a director of a company who does all the right OHS things, “then if a staff member behaves badly causing a death or serious injury, board members would not be liable under OHS.”

However: “Under the industrial manslaughter act, the board members who acted properly are still likely to face long jail sentences.”

That’s 100% incorrect. There is no prospect that a company director who is diligent about their OHS responsibilities could be successfully prosecuted for workplace manslaughter under the Victorian law: they would not meet the requisite standard of negligence.

The law has been designed to catch extreme cases of what really amounts to wilful recklessness, and that’s all it will do.

Pissed and stoned at work? There are more important things to worry about…

Work harder? You must be mad

Where is the OHS report into Beaconsfield disaster?

Interesting that the Australian was unable to scare up any Industrial Relations lawyers to write the story.

Gottliebsen’s continued call for Premier Andrews (and now others) to be charged with Industrial Manslaughter followed closely after the blog article by Ken Phillips of Self-Employed Australia (https://www.selfemployedaustralia.com.au/latest-news/could-dan-andrews-face-industrial-manslaughter-investigation). Phillips has been proud of his supposed successes in gaining an audience.

Phillips has also demanded that WorkSafe prosecute a swathe of Victorian politicians and public servants, as he is entitled to do. (The letter I have seen was dated 29 September 2020) Curiously the employers of the security guards who apparently spread COVID19 are not being criticised by Phillips even though the OHS legislation places the primary OHS duty on Employers.

Hi! SafetyOZ…well said in your last paragraph!
This hotel quarantine…’kill’ Dan nonsense… reminds me of the Pink Batts scenario of a decade ago, although, I acknowledge, on a much larger scale. Then as now, only the government is to blame, but we never hear anything about the employers who put workers in positions for which they had NO, or insufficient, training that then led to death and damage which MAY have been avoided or curtailed in the first place.
Anyone would think that Dan Andrews personally went around with a syringe full of Corona-virus injecting all who set foot in these hotels, just to see how many people would contract the disease! Time for a bit of reality therapy…its a very contagious virus doing its own thing in a pandemic. And who the hell has the evidence to say what happened next. End of story!!

Pink bats? Why didn’t Rudd go after one of the pink bats employers? Why was Labor so passive and not insist on a high profile prosecution or publicly demand state OH&S systems be held to account? Peter Garret (of US bases blah blah blah fame) acquiesced. I cannot understand the lack of fight.

The pink batts employers were subject to State, not Federal, laws, so it was up to the Premiers, not the Prime Minister or any other Federal Minister.

This covid-19 issue reminds me of the home insulation program.

The pink bats saga was a travesty. State governments regulate the building industry not the Federal Government. Installing bats in buildings falls lock stock and electrical wiring under the states, yet nothing happened to them. When three people got electrocuted in Queensland it was that government that was negligent not the federal government. And yes I do vote Labour but as I recall Quuensland and NSW both had Labour governments where the deaths occurred. The death in NSW was from heat stroke (hyperthermia) for which the states are resposible to lay down regulations and audit them to see they are complied with.

The fact that the Federal government organized and paid for the program didn’t relieve the states of their obligations under their workplace and building acts. They were ultimately rsponsible for these matters under THEIR jurisdiction.

Yes, the employers of the security guards. What was their responsibility?

Ruby Princess fiasco should be blamed on Dutton and Morrison, but are they copping it?

Laws can be twisted any way they like by those with the deepest pockets and most power. History shows this clearly.

Particularly when eminent lawyers like Robert Gottliebsen get involved.

If Gottliebsen was serious, he would have noted that the vast majority of deaths, even in Victoria, were in private aged care homes. By his logic, it is ScoMo and the health and Aged Care Ministers and bureaucrats who would be in the firing line. Of course, I wouldn’t expect him to point the finger where substantial accountability lies, the private operators of the aged care homes.