In a rare public appearance, James Packer will face questions about Crown's dealings in China and with Melco Resorts.

Reclusive billionaire James Packer will step into the limelight this week as he faces questions over Crown Resorts, the company responsible for much of his fortune.

It will be the mogul’s first public appearance in some time — he stepped away from the company’s board in 2018 and has since only rarely been seen in public.

It could be a make or break moment for Packer, whose appearance will come just days after damning evidence from his long-time representative, Michael Johnston.

Whether Packer will dial in from one of his homes in the US, Israel, Argentina or perhaps from his mega yacht, remains to be seen.

But what we can be sure of is seeing a rare grilling of an Australian business scion put on the spot over his secretive company’s biggest problems.

The NSW Independent Liquor and Gaming Authority inquiry is considering whether Crown should keep the licence for its Sydney casino. But the revelations have extended far beyond the terms of the inquiry.

Last week they turned to the Melco deal, which has since fallen over.

Johnston, a Crown director and an executive at Packer’s private company, Consolidated Press Holdings (CPH), told the inquiry last week that CPH had fed confidential financial information about Crown to Melco while it was negotiating a sale in a stake of Crown to Melco.

The inquiry heard that Packer demanded the profit outlook from Crown’s chief financial officer Ken Barton, and that Johnston had encouraged Barton to revise his draft forecasts upwards in a move that would have clear financial benefits for Packer.

Johnston told the inquiry that he did not see a potential conflict of interest in suggesting positive amendments to the forecasts, while at the same time as negotiating to sell its Crown shares.

“Given that I was not inputting into the pricing discussions, no I didn’t,” Johnston said. “I was just commenting on this in the same way that I would comment on … any other budget process.”

Barton told the inquiry he would have reconsidered sharing the information had he known about the Melco deal. Melco has since sold its remaining interest in Crown.

This week we will get to hear Packer’s side of the story — something that will no doubt be of interest to Crown’s other shareholders.

Who’s who of executives grilled

Packer will be fronting an inquiry into the company that is responsible for his fortune but one that he’s turned away from in recent years.

His public appearances in Australia have been few and far between, with one of the latest sightings at Crown’s annual general meeting in 2017 where he was questioned by anti-pokies activists.

The inquiry will also hear from another member of Packer’s inner circle, including Guy Jalland, a close confidante of Packer’s and a chief executive of his private company.

It will also hear from a suite of Crown executives and directors including Crown’s former executive chairman John Alexander and director Harold Mitchell.

Scott Morrison’s COVID recovery commissioner Jane Halton, who is currently on the board of Crown, is also slated to appear.

A lot is riding on the inquiry, as Crown deals with the fallout of COVID-19 on its business. Losing its gambling licence could be a disaster for the company which is already embattled by the foreign visitor ban. 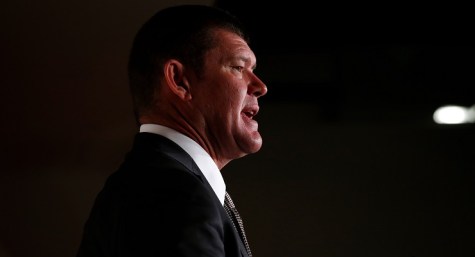 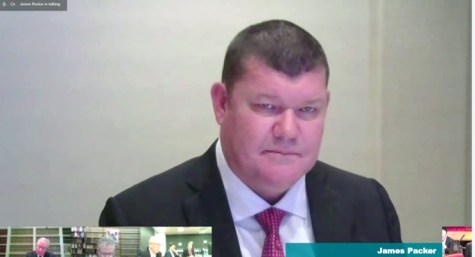 No chance anything happens to Packer or Crown. This is NSW where gladhanding and corporate spivs run the bloody state. Just look at Koala John. This mongrel development was not wanted by anyone except Packer and Crown, yet Packer got public land and a rewrite of the footprint and height rules, not to mention the close proximity of Star.