Yesterday Crikey mistakenly referred to Lachlan Murdoch in a headline on a story about ex-British Labour MP Tom Watson. In the headline we incorrectly likened Lachlan Murdoch to an organised crime figure.

We unreservedly apologise to Mr Murdoch for this mistake in the headline and withdraw any suggestion that he is linked to a criminal organisation or family which operates outside of the law.

The article’s headline should have referred to James Murdoch, Lachlan’s brother, who was called by Mr Watson — speaking under privilege at the UK House of Commons Culture, Media and Sport subcommittee in 2011 — the “first mafia boss who didn’t know he was running a criminal enterprise”.

Mr Watson was, at the time, a prominent member of the committee, which was inquiring into the News of the World, a paper controlled by the Murdoch family, and its use of illegal phone hacking to solicit articles.

In 2012 Watson went a step further, co-writing Dial M for Murdoch: News Corporation and the Corruption of Britain, which argued News Corp behaved like a “secret state” within Britain. 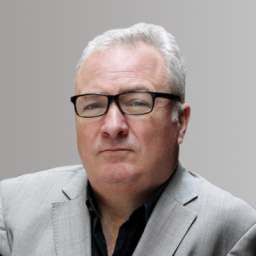