Anti-lockdown protest organisers have started using encrypted apps such as Telegram to spread the word. We took a peek inside.

John Farnham is unhappy with the fact that anti-lockdown protesters used his iconic anthem “You’re the Voice” as a part of a demonstration over the weekend, but the protesters and their online brethren seem unconcerned.

They are busy giving voice to all kinds of things, with debate about the Victorian lockdown continuing on Facebook and Twitter. Organisers of the protests have also started to use encrypted messaging apps such as Telegram to spread the word.

Far-left and far-right groups are increasingly migrating to forums such as Telegram so their conversations are less visible to outsiders. These encrypted applications ensure some degree of anonymity, so they can organise their activities without premature intervention from the police. 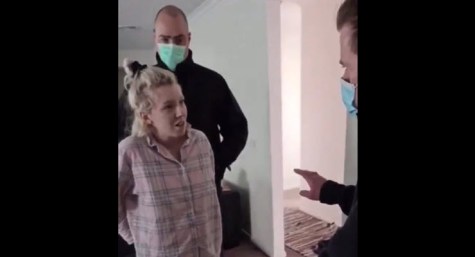 Channels maintained for communications about Melbourne lockdown protests are generally kept topic specific. Steady streams of instructions were posted over the past weekend to co-ordinate the protest at Chadstone Shopping Centre. Organisers published a lengthy end-of-day brief that summed up the day’s activities.

But it’s when you move away from the official announcement channels and into the chat groups that things get really feisty. Protesters chatting on Telegram are a mixed bunch with more flavours than a bag of Skittles.

There is no real consistency of ideology amongst those that have joined the multitude of groups now operating. Some people see coronavirus as a scam — this includes the administrator of a public channel, The Freedom Collective, set up to facilitate debate on the lockdown measures in Victoria. Other contributors believe the virus exists but that it is nowhere near as deadly as described by government ministers, health officials and the media.

“Sovereign citizen” types have jemmied their way into the discussion by posting numerous links arguing that governments are corporations and that compliance with laws is by consent only. These groups have also drawn in people who believe in some “New World Order“. Numerous posts raise conspiracy theories involving the Illuminati or the Freemasons.

Some posters endorse capital punishment — specifically hanging — for bankers, politicians and others involved in alleged conspiracies against the people. One protester posted the contact number for a Nine journo (and not for nice reasons) while others resurrected the idea of protesting outside the home of the Victorian premier.

A recurring topic that pops up is how to increase the numbers of people coming to rallies. One person suggested that chants against paedophiles rather than shouting “freedom” might get more attendees while another calling themselves “Ignorant Fool” asked the Australian Federal Police in CAPS to “GO ARREST THE PEDOPHILES, PROTECT AND SERVE THE PEOPLE”. 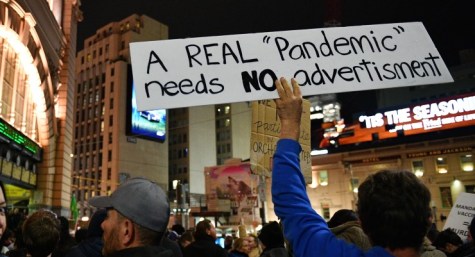 Surely Qanon and similar garbage distributors could be listed as proscribed organisations. They are far more dangerous than the majority of alleged “terrorist” outfits, yet we allow them to persist.
Could it be that so many senior liberal have similar views and at least one conspiracy theorist fool has extremely close connections to a very high level politician.

As we’ve seen from various thugs with a badge & gun, wearing the ”secret” signs instead of their official IDs, the right has so much in common with these crazies that the chances of dealing with them are slim.
To the point of anorexic.