Get back to the office, you lazy dolts

Australian commercial property owners are begging business and government to send workers back to the office. But things are much worse in the US.

If you bothered reading the Financial Review this morning you’ll have seen several articles, op-eds and an editorial demanding that business and government get workers back into CBD offices to help the office and retail property sectors.

That’s because some of the AFR’s few remaining advertisers in the commercial property sector are feeling the pinch from the pandemic. The AFR has put on a “property summit” where they can collectively call for workers to return to their cubicles.

“I implore business leaders to get their people back to work,” said office property giant Dexus head Darren Steinberg. As if people working from home — often juggling kids and other family responsibilities while doing so — had been sitting on their lazy arses for months.

Problem is, the summit ignored tightening lockdowns in Europe — look elsewhere in the AFR and you’ll read “Companies scramble to reverse UK back-to-office plans” — where COVID-19 cases are back rising again, as well as the continuing gruesome death toll and case numbers in the US.

The desperation of Dexus is understandable, though: this week, it was downgraded by Morgan Stanley because its analysts don’t think much of its capacity to fill its office towers. Its average occupancy lease is 4.2 years against more than six years for rival Mirvac. And Scentre (Westfield), another participant in the summit, last week had to raise US$3 billion in debt from investors. The company avoided asking shareholders for new capital — a move that would not have gone down well judging by some market comments.

They’re not alone: one of the world’s major commercial property players, Brookfield Property Partners, which has more than 170 retail properties in 43 US states, announced on Tuesday that it was cutting about 20% of its staff between corporate headquarters and leasing agents in the field. Amid headlines like “a tsunami of red ink”, the company’s shares are down 40% in 2020 because of the impact on retail activity in malls and other outlets.

In fact the retail property sector in the US is a nightmare: Brookfield has for months been struggling to stay on top of the debt owed on its retail properties, with at least seven of its malls defaulting on their mortgages by the end of June. Tennessee-based mall owner CBL Associates is expected to file for bankruptcy protection by October 1 and America’s biggest mall owner, Simon Property Group, cut 30% of its staff in March and has now started sacking some of those on leave to cut costs.

And Unibail-Rodamco-Westfield, which owns the offshore Westfield centres in Europe and the US, last week announced a €9 billion (A$14.5 billion) balance sheet restoration package made up of a fully underwritten rights issue and more asset sales. That’s a total more than A$18 billion to keep the two arms of the old Lowy family shopping mall empire afloat for the next couple of years. 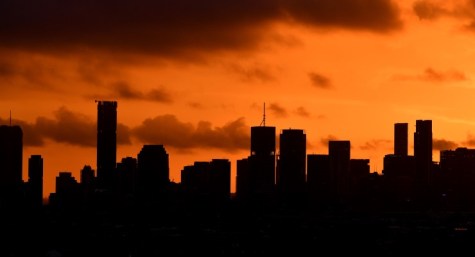 Crikey Clarifier: Lowy loses, so what now for Westfield?

This misfortune could not happen to a more deserving bunch of thieves, shysters and thugs than the commercial property industry. And it portends very badly for the construction caper. Even the most starry eyed developer will not be building new office or retail space for at least the next decade and possibly never again.

Lord Sugar (UK) wrote an op-ed not very long ago urging people to ‘get back into the office’, cause it would be much better for them to be working in the same office with their colleagues (he didn’t mention his own interests of course). Now he’s got egg on his face with the UK locking down again.

I’m reminded of the 90s crash when the empty tower blocks loomed over the Sydney CBD – the rents at the time were around $10K per sqmt but the heavily indebted owners refused to be realistic and take a small loss.
Can’t imagine this time will be any different.
Turn the lot into vertical farms for high value, quick growing vegs for the the moilling masses in the shaded canyon streets.
Or try a real cash crop, fine herbs & exotic resins.
You know it makes sense!

Are fine herbs and exotic resins what I think they are…? 🙂

One may but hope!

If offices didn’t resemble battery hen sheds so much, perhaps people would

A lot of employers are discovering they don’t need bums on seats in the CBD. Look for a massive divestment of real estate in favor of a server farm wherever it’s cheaper to run. That’s not going to be Australia.