No name, voice or family. Who is this woman? Why was she abandoned?

Two weeks ago this elderly woman was left at Nambour Hospital. Today, police still have no answers.

One Sunday afternoon earlier this month, an elderly woman was left outside Nambour Hospital on Queensland’s Sunshine Coast. She has no name and, it appears, no family or friends.

This woman stood out. She was distressed, agitated, and abandoned by a man who disappeared down Hospital Road.

Now, 16 days later, she’s been moved to the Sunshine Coast University Hospital and it appears we don’t know much more. It seems like the man was doing his civic duty by dropping this woman off at the hospital door. It is believed they are not related.

Mary Smith — for goodness sake, let’s give her a name — was non-verbal and unable to explain who she was or where she lived. It seems as though she didn’t know where she belonged.

Yesterday Nambour Police said the case was ongoing and nothing had really changed. Although she’s suspected to be between 80 and 90, her exact age is a mystery. We’re not even sure to what decade she belongs.

Mary Smith’s case is not being held up as evidence at any royal commission. It’s not the subject of lengthy political and policy debate about caring for our aged through a pandemic. It seems like Mary Smith doesn’t belong in those discussions either. It seems she doesn’t fit anywhere.

So how can a frail elderly woman belong nowhere, to no one? How can police not have solved the mystery when it’s so damn hard now to be anonymous?

CCTV and security cameras track our every move. Cameras fill our buildings and our streets; they’re at traffic lights and shopping centres.

Social media records what we think, when and who agrees and disagrees with us. The Chinese government has files on loads of us. And our phones can mark where we are at any point of the day or night.

Perhaps Mary Smith doesn’t have a phone or social media. Perhaps it’s easy to know so much about most of us, and nothing about others.

Even a spokeswoman for the Sunshine Coast Hospital and Health Service couldn’t help yesterday. She couldn’t provide comment on a patient’s care, she said, without their consent. We can’t even know if she’s being visited by volunteers.

Geoff Rowe, from Aged and Disability Advocacy Australia, says a case like this — being abandoned at a hospital — was, thankfully, rare. But it was not unusual for an elderly person to be put into respite and never collected.

Perhaps Mary Smith was being cared for by someone who loved her dearly, but like so many others just couldn’t do it any more. Or perhaps she wasn’t. Perhaps she had a life rich with love and experience and travel. And perhaps she didn’t.

Once upon a time, the national outrage would erupt when someone was found dead after a lengthy period in their home. We’d fill talkback shows and newspaper columns with questions for their neighbours. When did they last check in? Or why didn’t they notice a mailbox stuffed with bills?

Did anyone notice Mary Smith some time, somewhere? Anywhere? Or was she not that important to anyone?

She could be my mother. Or your mother. And she’s lying in a Queensland hospital bed perhaps with volunteers visiting. Perhaps not.

Does anyone really care? 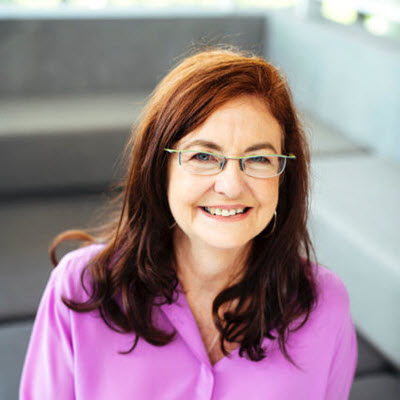 Fixing aged care: finally, there’s a way to put a stop to this national shame

I only just heard about this on the way back from a Specialist Appointment just up the road from Nambour Hospital. The report stated that she had an unusual piece of jewellery. It would be appreciated if Crickey could publish a picture of it.
Having said that, it is an indictment on our society that we treat our elderly (This includes their children) in this way.

Covert 19 has caused many dysfunctional breakdowns in families with aged persons.

I for one am guilty of such an offence.

I used to take my 93 year old father in law out for a meal and a beer once a week. Because of Covert 19 the Clubs shut and I did not visit in fear of spreading the disease. He gave up and ended up in Hospital. He is now back in a Nursing home and I visit regularly and are happy to say I have permission to take him out next Sunday, but not to a club.

There is a lot more social problems to this infectious disease that most realise.

There’s a picture of her ring on the ABC news website.

The virus has been around for most of this year. It’s COVID, not Covert.

Thanks Marguerite. It was at that visit that the specialist identified my lost word syndrome as a consequence of a minor stroke. I will need to take more care.

Being well over 60 years old and just to prove I can remember I found a nam.

Thank You Madonna King for a very thought provoking article about the abandoned possibly Mary Smith. i sincerely hope some relative or friend comes forward to assist the Medical Authorities. it is very distressing as my mum is 94 .5 and taken this morning to GC Private. i was going down tomorrow for 10 nights to stay and assist. shes in independent living at Southport but the Vet Affairs( gold card) and Blue care plus retirement apartment management watch over her plus my sister . a gc resident. our elderly are very vulnerable also and subject to elder abuse, a horrid crime..We all deserve excellent treatment-cradle to the end of life.

This is such a sad story Madonna. Thank you for writing about this poor woman – hoping that someone will read this and come forward.

Before I got to the part where you gave her a name, I was calling her Elsie in my head. For some reason she looks more like an Elsie than a Mary. 🙂
Hope they find out who she is soon. Scary when someone loses their identity.

Perhaps dental records?
She doesn’t seem to have the usual sunken, toothless cheeks once routine in women of her generation.