Good morning, early birds. Scott Morrison will introduce legislation to allow renewable energy agencies to invest in "low emission" technologies, and new research has found that cuts to JobKeeper will strip roughly $9.9 billion from the economy by Christmas. It's the news you need to know, with Chris Woods.

According to the ABC, Scott Morrison will introduce legislation to allow both the Clean Energy Finance Corporation and Australian Renewable Energy Agency to invest in “low emission” technologies, with listed examples including soil carbon sequestration, production of “green steel”, and that perpetual failure of a Trojan horse, carbon capture and storage.

Morrison claims the plan is down to the fact both solar and wind are now clearly commercially viable and the two bodies would be better utilised “unlocking new technologies across the economy”, even if that’s kind of what ARENA already does.

The legislation, which confirms last week’s leak to the The Sydney Morning Herald and follows Tony Abbott’s unsuccessful attempts to gut the CEFC and ARENA, forms part of a $1.9 billion package that tops up funding for the bodies and includes new funding for microgrids, upgraded emissions and energy tracking systems, and a Technology Co-Investment Fund proposed by the King Review into low cost abatement to help agriculture, manufacturing, industrial and transport businesses reduce emissions.

According to The Guardian, new research from the McKell Institute has found that cuts to JobKeeper will strip roughly $9.9 billion from the economy by Christmas, while the OECD has warned governments against “premature budgetary tightening at a time when economies are still fragile”.

The report follows a Deloitte report released this week that found removing the Corornavirus Supplement and returning JobSeeker to pre-pandemic levels would, by slashing low-income spending, cost the economy $31.3 billion and 145,000 full-time jobs over the next two years; plans to do both, the ANU found last week, will push around 740,000 Australians into poverty.

And in a reminder of the consequences of excluding temporary visa holders from JobKeeper, The Sydney Morning Herald reports that a new UNSW/University of Technology survey of more than 5000 international students and 1000 other temporary migrants in July found that 70% had lost all or most of their work, thousands were then unable to pay for food or rent, and more than a third relied on emergency support including charities.

PS: In one of those rare moments of actual opposition, The Sydney Morning Herald reports that Anthony Albanese has flagged an eight-point pre-budget plan that includes calling on the Morrison government to reverse this month’s JobSeeker and JobKeeper cuts and provide temporary support for community groups and charities providing essential services.

According to The Sydney Morning Herald, the National Disability Insurance Scheme’s regulatory body, the Quality and Safeguards Commission, has issued just one fine, banned one provider — Integrity Care SA, which failed to report the horrific death of Ann Marie Smith — and banned 22 individuals despite receiving thousands of complaints over the past two years.

The figures follow Inq’s investigation last month into how the regulatory body, which faces on average more than 10,000 submissions per month, is overburdened to the point that allegations of abuse, neglect, sexual assault and rape are going uninvestigated.

Finally, anyone caught leaving Melbourne for regional Victoria from today will be hit with a $4957 fine, as The Age reports that accommodation providers have been warned not to accept bookings from Melburnians ahead of school holidays tomorrow and as lockdown restrictions outside the city lift from today.

The measures come amid the continuing hotel quarantine inquiry, where The Guardian reports that chief health officer Brett Sutton was not aware private security guards were being used until the June outbreaks. Sutton also acknowledged that with “the benefit of hindsight, I can see that using a highly casualised workforce, generally from a lower socioeconomic background, where that means that poor leave provisions limit how one can care for and financially support one’s family if unwell”.

PS: In slightly funnier lockdown news, news.com.au reports that Queensland’s hard border means that Scott Morrison, Anthony Albanese and other politicians will not be able to campaign in the state for the duration of the election unless they are prepared to pay $2800 to quarantine for 14 days in a government facility.

WE ARE SAFE BECAUSE SHE IS STRONG

A banner flown by a plane across Brisbane

An as-yet-unidentified fan of Queensland Premier Annastacia Palaszczuk responds to attack banners “SHE IS HEARTLESS” and “MILES OUT OF HER DEPTH” by ramping the cringe up to 11.

“A sexual harassment complaint is made. Heads roll, careers take a downturn. People are forced to leave the company. The victim’s risk of developing depression or cardiovascular disease or dying from suicide all increase.

“And the perpetrator goes on to be promoted.

“As recent cases in Australia have shown, it’s rare for workplace sexual harassers to face serious consequences. They might have to sell a boat to pay off a settlement or forgo part of their bonus, but soon they’re right back on track.”

“The plant would be more than five times bigger than any identified shortfall in NSW. This is disastrous from a climate perspective: Australia is on course to miss its unambitious Paris Agreement emissions reduction targets, but its government proposes to spend taxpayer money building emissions-intensive power plants when renewables and battery storage would do the job.

“And it’s blatant corruption: its major corporate donors are literally writing policy they will directly benefit from.”

“One of those candidates to get cash was vet Andrew Cornwell — he was midway through operating on a dog when McCloy arrived at his doorstep with $10,000. At the hearings, McCloy was initially unrepentant. He was just doing it all for the good of Newcastle, he said. It wasn’t his fault politicians treated him ‘like a walking ATM’. At a lunch break between sessions, journalists were handed a 50-page dossier by McCloy, outlining his various good deeds, and quoting from Mother Teresa.”

‘He has broken his promise’: Barilaro survives, but faces new internal threats

Editorial: Woefully weak disclosure laws need addressing ($) — Jenna Cairney (The Mercury): “Premier Peter Gutwein says the state government is too busy dealing with the coronavirus crisis to deal with electoral reform. It’s a worry because the lack of transparency around political donations in Tasmania casts shade over the government and its actions. As the Mercury has previously said, the lingering impression of the last state election is that it was coloured by the state’s woefully weak political donation disclosure laws. While other states have raced ahead putting transparency mechanisms in place, this state has virtually none.”

Trump’s play for peace in the Middle East a triumph ($) — Greg Sheridan (The Australian): “In the entire modern history of the Middle East, since Israel established its independence in 1948, only four Arab governments have recognised the Jewish state and signed peace treaties with it. Two of those — the United Arab Emirates and Bahrain — did so this week, under the diplomatic sponsorship of US President Donald Trump.”

Melbourne is not a city in revolt. The truth is far more incredible (and far more boring) — Dave Milner (The Shot): “In this age of conspiracy fuelled insanity — stoked incessantly by the death throes of Murdoch, Facebook’s callous obliviousness, and, somehow, for some reason, Pete Evans’ weird $20,000 lava lamp — to be this deep into the most boring apocalypse imaginable, it is genuinely remarkable that 5 million of us are just getting on and doing it this well. And it’s also genuinely remarkable that the perception of what’s happening here is so counter to that reality — and it’s even more genuinely remarkable that that perception is based entirely on the self-interest of the same 300 or so odd dickheads.” 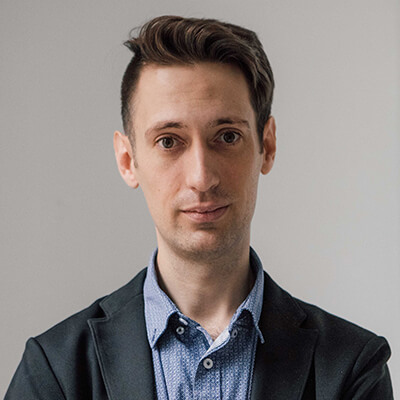