Morrison back on the offensive with his News Corp attack dogs

With an election looming in Queensland it's no surprise the prime minister moved from consensus to censure.

As Morrison pivots from his Team Australia moment to politics as usual — at least where state Labor premiers are concerned — the early media enthusiasm for tough public health measures seems to have swivelled with him.

This is partly the crumbling of media resistance to the thud-thud-thud of News Corp campaigning, partly a follow-the-leader response to Morrison, and partly a parochial defensiveness about the ACT, where so many opinion-makers live.

News Corp’s tabloid noise machines have been thundering away for months now at Victoria’s “Dictator Dan” Andrews and Queensland’s Annastacia Palaszczuk over lockdowns and border closures. In Sydney’s The Daily Telegraph, Victoria has been held up as a “there but for the grace of God” morality tale.

The Australian has been providing the intellectual rigour through economics editor Adam Creighton — the pandemic’s own Friedrich Hayek — retweeting the threat of  “permanent lockdown” and warning of “lockdown lunacy”.

It’s not where the company started back in March but the Australian arm has aligned itself with the talking points of the US right as mediated through Fox News.

For any government — and for Liberal governments in particular — News Corp requires careful stakeholder management. Morrison has seemed happy to pay lip service to the reopening rhetoric while keeping the political benefits of the intergovernmental unity of the national cabinet (and leaving the hard decisions to the states).

All the non-News Corp media have been treading carefully. In the early “flattening the curve” months, the ABC gave journalists such as Dr Norman Swan their head while cautiously providing space for voices pushing back against lockdown.

This month Morrison and many opinion-makers in the traditional media shifted. Morrison sacrificed the national cabinet’s consensus with his on-the-bus-off-the-bus circumlocution, publicly criticising Andrews after the Victorian lockdown extension and then Palaszczuk over her lack of “compassion”. 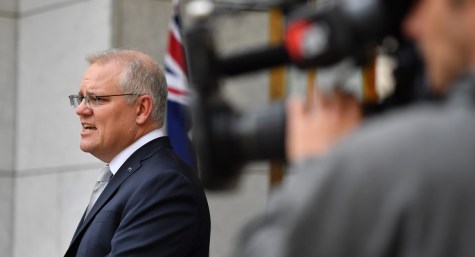 The political circus distracts from what the public needs to know

Why the shift? As zoomer argot would have it, Morrison is “based” — someone loyal to their principles, grounded solidly in their political base. As The Guardian’s Katharine Murphy writes in her Quarterly Essay out this month, Morrison is a creature of the party machine. It shapes how he thinks.

News Corp is an important part of that base. So are his party branches in Victoria and — with an election coming on — in Queensland. It’s no surprise that he’s ended up returning to the more partisan, more transactional, politics that Murphy says defines him.

The weight of his interventions coupled with the power of the News Corp voice has shifted the running of the public health story. By the time ABC’s Insiders on Sunday morning, “compassion” was over-riding state governance, legally delegated authority and public health advice.

News Corp’s “enemies of the state” rhetoric has helped manufacture a sense of uneasiness, a conflation of the disease with a moral failing. Calling the ACT a hotspot was read (and expressed) by some Canberra-based opinionistas as an attack on “us”, on  the ACT’s provincial amour propre.

State and territory loyalty cuts both ways. A media that is increasingly focused on the national picture can often miss that the same story will be read one way in Canberra and another in Brisbane.

A look over the Pacific to the United States tells us where politicisation of public health measures ends up: attitudes become polarised as people take their thinking from the politicians they vote for.

Thoughtful journalists (who’ve kept their jobs) recognise that they are having a very different pandemic to many other Australians. That can encourage confidence about what public policy should do. But journalists need to report the community’s pandemic, not their own. 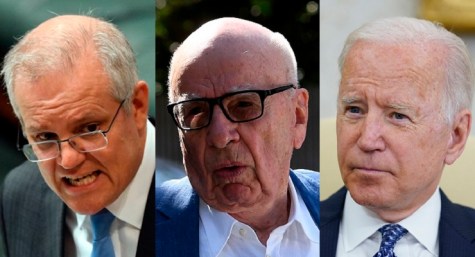 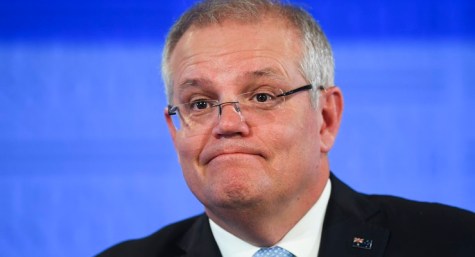 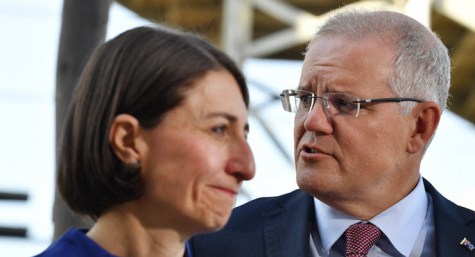 I woulkd not have thought Chris Ullman’s op-ed in the Nine press this week would have been out of place in the Oz??

Always been the case. A truly putrid chunk of the rump. A grub of the lowest order. Rubbish practitioner, and individual.

Yet made his name at the AyBeeCee.

One of the most petulant, self-entitled pieces of writing I have come across. Uhlmann’s, not your comment.

Personal awareness, gathered nformation, scientic and medical advice is essential. Murdoch’s merdivorous maggotty media muck is not, There are so many masturbatory self appointed magnificent mouths in the right wing, shouting for notice and money, entirely useless.

“Journalists remain responsible for holding governments accountable for the extreme policy measures deemed necessary: excessive policing, aged care, disadvantaged communities”?
Any wonder this government is getting out of hand; The Saturday Paper, Crikey and a couple of others are the only one’s doing that work?

“…. The Saturday Paper, Crikey, the watchers at The Guardian and a couple of others ….” of course.

An Uhlman in Bolt clothing

Intellectual rigor mortis would be a better description of Creighton’s position.

A professional conservative gossip columnist opinionista – who fiddles with economix.