Barbados quits the Queen, striding where Australia dares not step

It's a move that could cause ripples across the Caribbean — but any winds of change are unlikely to sway Australia towards a republic.

The British empire is about to lose another of its scattered remains — Barbados has announced plans to become a republic.

“The time has come to leave our colonial past behind,” its Governor-General Sandra Mason said when delivering an address on behalf of Prime Minister Mia Mottley.

It’s a move which could have ripples across the Caribbean where, like Australia, many countries remain in the halfway house of constitutional monarchy despite bubbling support for republicanism.

A wind of change

Barbados won independence in 1966, when Britain’s stage-managed imperial collapse was in full swing. But until now Queen Elizabeth II has remained head of state.

For years it has toyed with the prospect of a republic. Because its constitution requires a two-thirds parliamentary majority — rather than a cumbersome referendum — the path to a republic is much clearer. Mottley, a committed republican, led her party to a sizeable majority in elections two years ago. 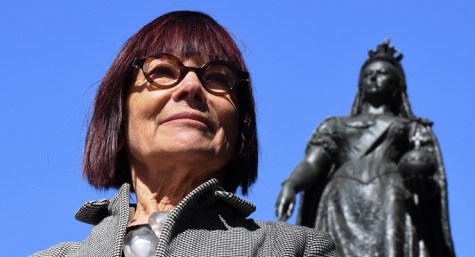 But there’s also a sense that now is the time for Barbados. The Guardian reports that the Black Lives Matter movement, and the lingering effects of the Windrush scandal (where thousands of migrants who came to Britain from the West Indies in the pre-colonial era were threatened with deportation decades later) may have unleashed a wind of change across the Caribbean.

Neighbouring Guyana, Trinidad and Tobago and Dominica all became republics in the 1970s. Once Barbados dumps the Queen, Jamaica could be next. Its Prime Minister, Andrew Holness, has already touted republicanism as a priority with a “grand referendum” on the cards.

Australia out in the cold?

Of the 16 countries that still have the Queen as head of state, nine (including Barbados) are in the Caribbean. If Barbados triggers a new wave through the region Australia’s system of constitutional monarchy could look a little anachronistic.

It seems unlikely, though, that those winds of change could reach as far as Australia. Here republicanism seems stagnant, due in part to the ongoing popularity of the royal family and the politically onerous task of holding a referendum Australians have already rejected.

But the process of dumping the Queen has been a little slow and patchy everywhere. Before Barbados, the last former Commonwealth realm to become a republic was Mauritius in 1992. And since Australia’s last flirtation with republicanism in 1999, Tuvalu and St Vincent and the Grenadines have voted to keep her.

Elsewhere, recent prominent independence referendums have failed. New Caledonia will hold its second vote on leaving France next month, two years after the first failed. And six years ago Scotland voted to remain part of the UK (although post-Brexit support for Scottish independence has been on the up).

Barbados has the benefit of a smoother constitutional process and strong political support for a republic.

In Australia, where we tend to vote referendums down and where Bill Shorten’s pre-election promise of a renewed republican push never eventuated, we could be waiting a while. 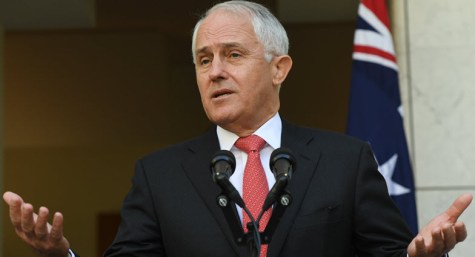 Australian are a subjective race, they have to have someone they consider their betters to subject themselves to, be it sports or film stars or royals to gaze in awe at and fawn over, they respect those that treat them as lower beings and are suspicious of anybody that wants to drag them out of their misery and give them a better life and that`s why conservative politicians treat them with abject contempt, and the fools love them for it, like battered wives that refuse help come back to their master time after time for more of the same, its very hard to feel sorry for them.

The “ongoing popularity of the royal family” is a mile wide and an inch deep in Australia. They’re popular as tabloid celebrities, not for their constitutional role. It wouldn’t take much effort to get the republican question live again, if backed by senior figures on both sides of politics.

Not sure I agree with you. We have such a shallow pool of possibilities. Billionaire mining exec’s, retired military, sporting heroes past their use-by date . TV news readers, indigenous leaders with a consensus view, most of our politicians who are already on the gravy train. You choose! By world standards we are just teenagers cooperating with the status quo. Leave it as it is.

Barry Jones for President, if he would stoop so low.

With an ageing Anglo/Irish (many had adopted WASP mores) heritage electorate, especially in regions, the monarchy is part of the LNP’s and NewsCorp culture wars to maintain power or at least the status quo.

Demographic change, with a commensurate decline of Anglo/Irish influence in the electorate, politics and media, should see to renewed calls for republic?

Not a lot of Irish are pro monarchist.
Prior to the mass immigration post WWII the white population was said to be half British descent – including some fairly restive Picts & assorted Gaels – but it was also a third Irish.
Who have very long memories.

One of the surprises since moving to Canada 7 years ago is the insignificance of the republican movement here, which hasn’t been important in Canadian politics since the Rebellions of 1837. I don’t think republicanism is mentioned in any of the platforms of the national parties, including the Greens.

Republicanism is supported by the Bloc Québécois, which inflects Canadian republicanism with an unfortunate franco separatism and thus turns off the anglo majority.

An attraction of the monarchy is that it distinguishes us from our huge domineering southern neighbour in a way that it not openly mocked by them, since they are as besotted by exotic celebrities as anyone else.

If monarchists wish to ensure the status quo they would fund Talcum to again head a republican movement.