Could there have been a week with more state governments in distinct crisis all at once?

There’s no shortage of angry businesses going broke, terrified individuals submerged in debt, frustrated teens going stir crazy, tin-hatted 5G deep state conspiracists and angle-hungry media getting stuck into Andrews, so he must be wondering why he took the job.

As it turns out, the sentiment could be extended to any politician in this era of COVID-19. Could there have been a week with more state governments in distinct crisis all at once?

Political historian Frank Bongiorno told Crikey that COVID-19 might have pushed the country’s politics into another period like that between 1987 and 1992, which saw “state governments in Australia in perpetual crisis — financial scandal, personal/official corruption, economic decay and so on”.

Queensland Premier Annastacia Palaszczuk is showing the risks of taking a hardline approach, as she dug in over the states hard borders when a woman was denied a quarantine exemption to attend her father’s funeral.

And whatever the irony of this government in general and this prime minister in particular getting all misty eyed about callous border security policies, the point does cut through — there appears to no reason at this point, beyond politics, to stick with this denial.

Related or not, this week there has been an exodus from the Labor ministry — Tourism and State Development Minister Kate Jones, Energy and Mines Minister Anthony Lynham, and Disability Services Minister Coralee O’Rourke all announced they would quit politics ahead of the October state election.

NSW Premier Gladys Berejiklian, in particular, must be fuming. You survive the devastatingly mishandled Ruby Princess saga, get coronavirus cases down to an acceptable level, only to have to deal with John Barilaro. Again.

This time, the state deputy leader — following calls from senior Libs that he quit over his perpetual “disloyalty” — led a rebellion against the government, threatening to withdraw Nationals support for any Liberal party bills over the guaranteed vote winner of ensuring farmers are allowed to kill koalas.

The whole thing blew over anti-climatically — Barilaro rolled over this morning after Berejiklian called his bluff. Still, in a year where everything has been exhaustingly unprecedented, there’s something reassuring in the sight of the National Party being insular, pointlessly destructive and just generally weird units.

Even South Australia has managed a (scarcely noticed) scandal this week.

He had defied the party room in running against endorsed nominee Jing Lee for the Legislative Council presidency, and is now was the first SA Liberal MP to be kicked out of the party since 2002.

Let us count the ways: the Victorian budget, facing plummeting revenue and increased spending, is in the worst shape of any in the country. The ongoing debate over whether there is any justification at all for the ongoing curfew. The apparent sidelining of Health Minister Jenny Mikakos. The drip feed of damning revelations of the hotel quarantine inquiry.

And, of course this is amplified by the conservative media’s blood lust for the leader of the self-proclaimed “most progressive state in the country”.

Only yesterday The Australian ran a story about Andrews’ wife Catherine — a civilian with no obligation to engage with the press — blocking journalists on Twitter, as though that illustrated… something?

The exception is, as per bloody usual, Western Australia. The only crisis WA’s leader faces right now is that he’s too bloody popular (consistently over 90% in polls over the course of the crisis).

Now his federal colleagues are being forced to oppose a resurgent WA secessionist movement that, presumably, intend to install McGowan as some form of king. 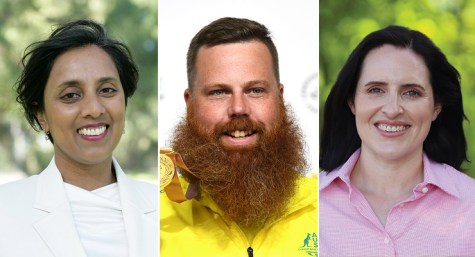 The chosen few: meet the people Labor hopes will return it to government 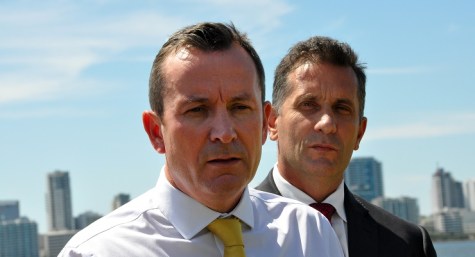 Tip of the Day: WA’s staycation drive fails to keep the bucks at home 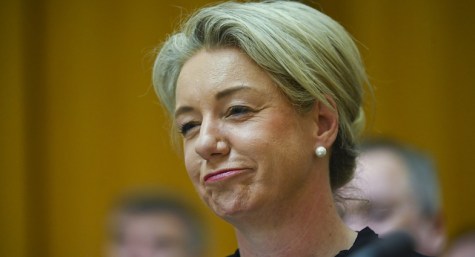 So why not even a mention of the Tasmanian premier? Despite only taking over as premier in January his COVID strategy has made him extremely popular and he is in firm control of his party

This Cabbage Patch centric organ can’t grasp much beyond polluted Port Philip.
Gutwein is doing well enough that he can disregard the off-shore island north of the Merkin Isle.

If it makes you feel better Cuch, most of Crikey stopped looking at NSW politics when Kennelly was voted out. They just have their auto-fill comments from 10 years ago when discussing NSW.

It does often read like a worn carbon copy.

I have to agree (from Sydney). Gutwein seems to have done a fine job, as has Marshall and McGowan, I even think Palasczuk has been good for her State. If everyone else hates her, QLDers will love her, Murdoch beat-ups aside.

And another Tasmanian Crikey reader annoyed because our premier was ignored. We’re used to being left off the map but it still pisses us off!

I sympathise, but is this Crikey list really one you want your State Premier to be on. Great to hear that he is getting on with the job.

Fascinating to see that, if News Corp, Nine & the three commercial TV networks are to be believed, the only state to block grieving family members from visiting a dying/ deceased relative without quarantining is Queensland. Apparently Premier Palaszczuk has been the sole leader to insist on their Chief Health Officer’s ruling, is that right? No mention of any such case occurring in SA, Tasmania, NT or Western Australia.

It would be enlightening to see the statistical breakdown (by state) for people who were prevented a final farewell due to stringent quarantine regulations.

You make a good point zut! Amazing coincidence of nobody else dying in any other State with relatives locked out. Only in Qld, apparently. What are the odds?

Also lots of examples of people being stopped from visiting dying relatives abroad by the Commonwealth Govt.

If NSW has “gold standard” contact tracing (according to Morrison), why doesn’t it open up its borders to Victorians? A gold standard system should be able to cope with a sudden influx of numbers.

I’m wondering if a vic/nsw bubble might be a thing if and when the Vic numbers come down. Two biggest states, most cases, there would be synergies.

Were I a WA citizen, I would be arguing for secession too, just to be rid of Morrison, Dutton, Taylor, Robert… actually the whole bleeding lot of this govt. What to do with Cash and Cormann though?

Secede whilst they are in Canberra, then build the wall.

The Gruen Transfer had its dueling ad agency segment do promos for a Cashed Up Bogan proof fence to protect the rest of the country from WA, back in the boom-boom daze.

Would that make WA the least populated country in the world? By size and population?