Pauline Hanson puts real junk in junk mail, but is that a reason to block her?

Do political parties have a right to send offensive material through the post? And does anyone else have the right to stop them?

Pauline Hanson has built a lucrative career on being a grubby troll, frequently with the help of commercial media who happily disseminate her appalling views while professing to abhor them.

In June, though, the racist anti-vaxxer went too far even for the Nine Network, which dumped her from its breakfast television show after she described public housing tenants in lockdown in Victoria as “drug addicts” and “alcoholics” who didn’t speak English and didn’t follow social distancing guidelines.

In July, according to a good get by Nine’s Rob Harris today, she decided to go further and troll the people she’d smeared, sending them stubby holders accompanied by a note “No Hard Feelings”, as if she was the one who’d been offended and abused.

Complaining that people are alcoholics but then sending them a beer holder is classic trolling, particularly when you know perfectly well that many residents of the affected buildings are Muslims. 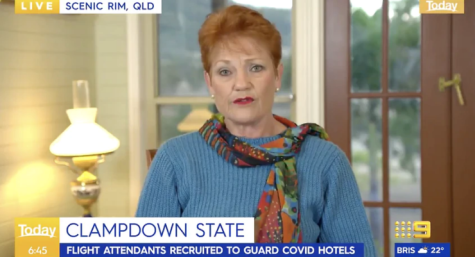 Because the buildings were in lockdown, Australia Post delivered the addressed items from Hanson to Melbourne city council officers who were overseeing the lockdown and delivery of goods to the residents. As Harris details, after discovering the contents of the Hanson letters, they decided not to distribute them, eliciting legal threats from Australia Post.

Harris links it to the possibility that federal Labor might seek to disallow Senate regulations which allowed Australia Post to reduce service frequency, meaning Australia Post and the government would need One Nation support in the Senate.

Australia Post prefers to frame it as an issue of its obligation to make sure all mail is delivered. Usually it can do that because it controls deliveries; in this case it didn’t.

There’s a pretty fundamental point here: the postal service is a network that should operate regardless of the content that is distributed across it. Unless the goods are dangerous, the network operator doesn’t decide what does and doesn’t get delivered. Offensive material gets posted and delivered all the time. In this case, another public institution, a local council, has intervened to decide something shouldn’t be delivered.

From the council’s point of view, distributing material intended to troll and offend the residents of the locked-down blocks was probably not conducive to public order. Quite possibly council officers were correct, especially after consulting with police, as Harris reports they did.

But ultimately the decision was a paternalistic and patronising one, made on behalf of people who’d already been infantilised and singled out by government.

Maybe there’s a more fundamental point, which is that political parties and politicians routinely use communications networks to bombard people with unwanted material — junk mail, robo-calls, online and media ads.

All generously paid for by taxpayers, and all exempted from basic consumer protections like privacy laws, laws against misleading advertising or Do Not Call restrictions. There’s a pretty good case for applying all three of those protections to political parties, as well as cutting off taxpayer funding for distribution of electoral material.

That won’t do much for Australia Post’s bottom line, however. The postal service loses huge amounts of money on letter delivery services now (as its effort to reduce frequency shows), but delivery of junk mail continues to be a strong source of income — though not as much as parcel delivery, which generates tens of millions in profit for the company and probably much more so in 2020 than in previous years.

A precedent where delivery of junk mail could be blocked on taste grounds would not be a happy one for Australia Post. And it doesn’t get more junk than the garbage issuing from One Nation. 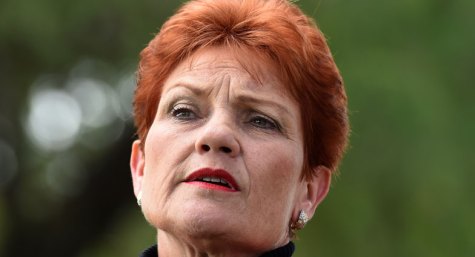 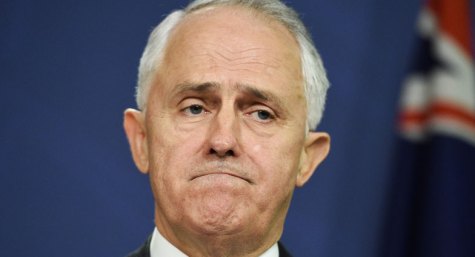 Keane’s right. Receiving unwanted and unsolicited crap through the post is not great, but arbitrarily blocking some items for what amounts to poor taste is worse. On top of that this is a great big gift to Hanson. She always gets enormous mileage from playing the victim and moaning about how unfairly she and her supporters are treated, and this time she’s right.

Doing it in a way that makes people who hate her get on the barricades with her on principle for the win. Good job, councillors.

> Complaining that people are alcoholics but then sending
> them a beer holder is classic trolling,

If a readership requires that level of detail, Bernie, then the publication has a problem.

just whose ‘taste grounds’ Bernie? Yours or Joe Stalin’s? What about the recipients deciding what to do with the ‘gifts’? Simple : I would have thought.

However, the trashing of Enlightenment ideals by post-modernist themes provides ONLY for a collective action. Ulrike Meinhof made a similar claim but for differing purposes.

The issue is simple – Australia Post, lacking access, entrusted an agent that had legal access to deliver Australia Post’s item. The council officers should be prosecuted – for interfering with the delivery of the items.

As some one who worked in the Post Office, when it was a proper Post Office, and no one complained that it cost money to operate because it was providing an essential service, i saw many people, both staff and others, being prosecuted for interfering with mail deliveries. Now the local council can do it with impunity – unbelievable!

It’s a tricky one but I think the Council made the correct call. The residents were already very anxious and felt discriminated against by being locked down without notice. If the the agency responsible for providing food and services had then delivered the stubby holder with an ambiguous but insulting message on the side, I think the residents would have been even more upset and insulted. Australia Post could have held onto them and delivered them after lockdown. After all its letter service is pretty ordinary in these days of big bonuses and lower standards of service. If they arrived late no one would have been surprised.

So you think the Council should be able to block or delay mail delivery to anyone? Or just the folks locked in their homes?

The lockdown is (just) justifiable AND legal. This is neither.

Correction – it should not be legal, but in this country it may well be.

The area of “legal” is a bit ambiguous, however, the threats issued by Australia Post towards to volunteers and council workers delivering essential supplies to the locked down, distressed inhabitants of the towers, was both unpalatable unseemly and downright stupid.

The chance that a very distressed Muslim refugee family, locked into one of the very small apartments in the towers, possibly suffering from PTSD, receiving one of “Our Pauline’s” ugly smirk on the side of a “stubby holder” would react badly was high. All they really had to do was watch the idiot box, anyhow.

I can see James Ashby and our Pauline eagerly anticipating the negative response, the more negative the better, relishing the sheer delight of the opportunity of being able to use their “ungrateful bludgers diatribe” regarding refugees.

To have all that publicity ruined, just imagine how disappointed they were, and what they had to say to someone in Australia Post who was desperate to shore up One Nation’s votes in the senate to enable Australia Post to cut services, further.

Still, they should not have blocked the mail.
But it is junk mail, without any person appearing in the address line (“to the householder”).
Why not just advise all residents they have un-addressed mail being held in the entry foyer, and unless they specifically request it delivered to their door, it will be binned?
Who could complain?
PH was simply trying to cause further offence, and the council should not facilitate that.

No I don’t think the Council should be able to block delivery of mail.

But the circumstances around the lockdown were exceptional and were very difficult for the people experiencing it. If the Council had delivered a gift from Pauline Hanson when they were delivering essential items such as food, the recipients who already felt they were unfairly picked on would have seen it as another kick in the guts from the people who are supposed to be there to support them. After all, just about everyone in the towers has been a target for Hanson’s ignorant comments, whether they are Muslim, black, aboriginal, don’t speak much English, experiencing mental health issues, domestic violence, etc.

Australian Post could just have hung on to the delivery and made it after the lockdown. After all it wasn’t something urgently needed like all the other services being delivered during lockdown.

JMNO I agree with this totally, what PH did is tantamount to bullying, yes it’s trolling but too me it has a vindictive & nasty edge to it..
I would suggest there maybe a discrimination case in it, as well it wasn’t at that time what one would call a “necessary delivery,” especially at a time when the food & necessities be being delivered was in some cases seriously misdirected…
There may be junk mail sent in the post & Aust post make a lot out of it, but this has a new level, maybe it’s time to reassess who or what their services are really intended to be targeted at…..

Both can be true and wrong – the council can’t prevent delivery of items they “don’t agree” with, unless they had some sort of medical/law enforcement advice to not distribute them at that point in time due to the lockdown situation. I don’t see why, if this advice was given, how Auspost could legally threaten them – it’s also wrong to do this to game the senate vote this way.

Maybe the Council did claim something like it would be detrimental to the people’s mental health.

Maybe the Council did claim something like it would be detrimental to the people’s mental health.

Maybe so. But how would they know? As Keane says, it’s all paternalistic and patronising. And if that is a good enough reason to stop delivering stubby holders there’s an equally good argument for not delivering vast numbers of items. It would presumably leave us with a postal system that only delivers healthy materials, in the opinion of somebody, perhaps your local council. That’ll be fun.

So should Council censor those to be undeliverable?

I’m not saying I support it, just that this might be their thinking.
Maybe with stuff being vetted by council, it was considered a special situation of stress.

In another scenario the decision would be regarded as patronising interference.