Has Facebook already started restricting Australians' posts? Plus more tips and murmurs from the Crikey bunker.

Blogged down We are hearing that various independent bloggers in Australia are suddenly and seemingly arbitrarily finding themselves blocked from sharing their work on Facebook.

Bloggers, dealing with nothing more offensive than politics or music, are finding that when they attempt to share their work on Facebook, they are being hit with a “community guidelines” violation. Overzealous bot cleansing the timeline, or an early retaliation against Australian content producers? Are you a blogger suddenly unable to promote your work via Facebook? Let us know.

Flushing out the big issues Credit to Andrew Hastie, keeping his head during this global crisis and focusing on what REALLY matters: bathroom allocations.

He’s emailed thousands of people to let them know that the Tasmanian Equal Opportunity Commission has summoned Senator Claire Chandler to “explain herself” for saying:

… women’s sports, women’s toilets and women’s changing rooms are designed for people of the female sex and should remain that way.

“I am not joking. This is real,” he says, gravely, going on to cite George Orwell. “If you want a vision of the future, imagine a boot stamping on a human face — forever,” he wrote. Thanks to Adam Creighton, it’s only the second-most hysterical use of that exact quote in the last week.

But, then… Kenny’s column comes a page away from the regular weekly column by Chris Mitchell, who retired as editor in chief in 2015. Mitchell first joined the Oz in 1984 and was its editor or editor-in-chief for some 16 years (a period broken by seven years running News Corp’s Queensland papers).

The Oz today also contains work from Greg Sheridan, who’s worked at the paper since 1992, and who could forget political heavies Paul Kelly and Dennis Shanahan, whose stints at the national broadsheet must be close to running into a collective three digits and certainly rivals that of O’Brien and Adams, who, incidentally, still pens a weekend column for the Oz.

Cubbying favour with the PM Scott Morrison was given a not-at-all embarrassingly fawning treatment in The Sunday Telegraph’s Father’s Day special on Sunday.

In it, “super dad ScoMo” talks about the fun job of building his daughters a cubby house (“Kidabilly House”).

To the extent that any of this counts as news rather than free PR, it’s not even new.

Back in June, Ben Fordham obligingly reported on some gossip about Morrison going to Bunnings — “he’s just like us!” we scream into the abyss –before confirming the purpose of the trip.

Much like that vaccine deal that hadn’t been struck yet, the cubby house really is a story that keeps on giving. 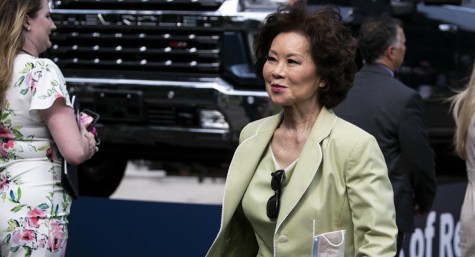 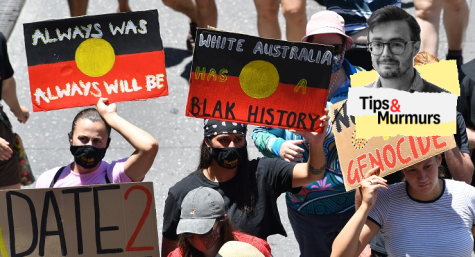 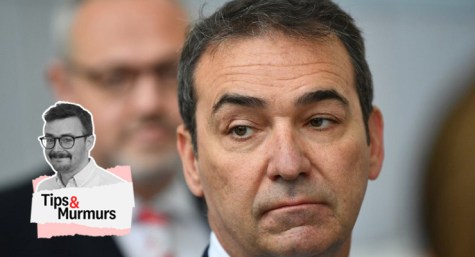 Do the SA Shuffle … a little coal in your stocking … what are you Putin in my food?

And as for that vaccine deal that keeps on giving – ABC’s Breakfast was selling it too this morn – without looking back to 2 weeks ago?

Ita might not be hands-on (but then neither is Rupert; he promotes who he needs and they do what they think he does) – but the ABC sure is looking tatty with the drapes being imported from Limited News since she took Scotty’s shilling.

“Ita might not be hands-on (but then neither is Rupert; he promotes who he needs and they do what they think he does) – but the ABC sure is looking tatty with the drapes being imported from Limited News since she took the job for Scotty.”?

So it’s “shilling” that sets the moderator off?

Yes, it is on their Index Verborum Prohibitus.
Which is quite voluminous.

Have a good look at the cubbyhouse photos. Someone who knew what they were doing built the left hand side of the roof. Morrison is building the right hand side. It’s hilariously wrong: check out the doubled-up roof truss on the RHS, like there wasn’t enough of the right dimension of timber collected on that trip to Bunnings. Let’s not even talk about Scotty’s unique way with a circular saw. The whole thing looks as faked-up as the photos of Boris Johnson camping.

“Credit to Andrew Hastie, keeping his head during this global crisis and focusing on what REALLY matters: bathroom allocations.” Nice bit of sarcasm. Probably the first time I’ve ever agreed with Hastie. Gender dysphoria (dysphoria: [ dis-for´e-ah ] ( Gr. ) disquiet; restlessness; malaise. adj. adj dysphoret´ic, dysphor´ic. gender dysphoria unhappiness with one’s biological sex or its usual gender role, with the desire for the body and role of the opposite sex.) is a distressing psychological condition for the sufferer and difficult to deal with but uniquely instead of being treated as such the sufferer is “allocated” the desired gender. He/she may undergo surgery to complete the illusion. Then others are expected to join in the pretence that someone who was born a boy and grew up to be a man is now a woman. Within certain limitations that seems reasonable. In India a caste of eunuchs called Hijras are quite accepted but nobody pretends they are actually women. They are males, usually emasculated, built large like men but dressed as women and behaving as women. The problem arises when a male trans woman requires access to female toilets and change rooms. There are unisex disabled toilets that either sex can use and the small numbers of trans users would possibly be acceptable (I say so as a disabled person) but no woman of my acquaintance thinks that males, however they may identify, should have access to female toilets and especially change rooms. In the case of change rooms I see no solution to this but there may be a need for male and female toilets to be redesigned so both sexes (or all “genders”) can use them without having to pass each other inside the facility.

However one may view oneself it is entirely different to when “others are expected to join in the pretence that someone who was born a boy and grew up to be a man is now a woman“.