Victorian Premier Daniel Andrews will have to make a decision on when the pokies will reopen. What should he do?

Victorian Premier Daniel Andrews will unveil his road map for the progressive reopening of Melbourne on Sunday in a live press conference which will be watched by millions of Australians.

An early draft leaked to the Herald Sun on Wednesday suggested it would be a slow crawl out of lockdown, but the premier was quick to disown it. So which industries will receive preferential treatment and score an early reopening?

The gambling industry has certainly has a good run so far, with animal racing continuing at venues in Melbourne and wider Victoria at a time when two people can’t play tennis or golf, Bunnings and Officeworks are shut to regular shoppers, residents can’t go further than 5km from their homes, exercise is limited to just an hour a day, shopping for essentials must be a solo pursuit and there’s a war-style curfew from 8pm until 5am.

Is racing a sport?

It’s certainly the only organised sporting activity in Melbourne with a green light from the Andrews government to keep operating through the stage four restrictions.

Victorian Racing Minister Martin Pakula said the decision to keep racing going was based around animal welfare grounds because a shutdown would have harmed many greyhounds and race horses. He said the industry had also demonstrated it could operate safely with crowds and even owners banned from attending meetings.

That all may be true, but the Andrews government also has a history of rolling over to the gambling industry.

Victoria’s 500 pokies pubs and clubs were legislated lucrative 20-year pokies licences in 2017 — something that wasn’t mentioned during the 2014 state election campaign, and the existing 10-year licences weren’t to expire until August 2022.

The Australian Hotels Associations (AHA) expressed its appreciation by donating a record $761,000 to the Victorian ALP’s re-election campaign in 2018, although this was only belatedly disclosed in February this year.

Victoria’s pokies venues have been shut since March 23 and the Alliance for Gambling Reform estimates this has saved Victorian gamblers $1.25 billion.

Andrews, a former gaming minister with close ties to the industry (he spoke at the funeral of former AHA Victorian president Peter Burnett last year), now has to make a decision about when he will allow pokies rooms to reopen.

Every other Australian state and territory had a pokies shutdown but all are now back operating.

NSW, which is the most pokies-captured jurisdiction, was first out of the gate on June 1, and Canberra was the last on August 10.

Australians lost about $14 billion gambling on poker machines in 2019, and the 2020 figure will finish below $11 billion. That’s pretty good progress in the country with the world’s higher per capita gambling spend.

However, it is worth remembering that online gambling companies have boomed globally during the pandemic, and because racing has stayed open in Victoria and NSW, there has been record amounts gambled on Australian racing in the six months to August 31.

So, what should Andrews do?

Firstly, he needs to declare Labor’s conflicted position given the huge AHA donations and hand the pokies decision over to Victorian chief medical officer Brett Sutton.

One good option would be provide a clear timetable for when pubs and clubs can reopen, but hold off on opening the pokies rooms until closer to Christmas.

If anything, Melbourne’s Crown Casino should be prioritised because it demonstrated in the lead-up to the first closure that it could safely operate with every second poker machine turned off.

I visited a number of Woolworths and RSL Victoria pokies venues in the lead up to the shut-down and they hadn’t followed Crown’s lead.

Besides, City of Melbourne has been the hardest hit municipality in Australia by COVID-19 so letting the casino reopen for gambling before suburban pubs and clubs would be a good way to attract more visitors back into the Melbourne CBD.

It doesn’t quality for JobKeeper but its shares have almost doubled over the past four years so it can comfortably handle a delayed pokies reopening, particularly given its strong supermarket and alcohol sales.

It’s disturbing that the lower socio-economic areas which suffer the highest per capita pokies losses in Victoria have also been hardest hit by COVID-19.

The pokies and COVID-19 both seem to prey more dangerously on vulnerable people, so an abundance of caution approach should be taken.

Yesterday, 11 Victorian councils called to permanently limit pokies trading in Victorian pubs and clubs to 10am until midnight.

In normal times they can trade 20 hours a day, closing whenever they like, which enables the likes of Woolworths to run a 24-hour operation across Melbourne with staggered closing times (see full list of opening hours). 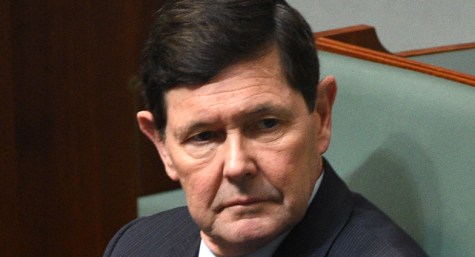 Never mind the all new bright shiny 3AW, now famous for its menu of shockjocks (I thought that experiment had failed) will be fully prepared, bucket in hand, for Sunday and the weeks beyond.
Hmmm how many weeks to the next election……..

Re-opening Crown and only Crown only makes sense if the 5km limit is lifted. Otherwise, only a tiny portion of Melbourne (admittedly, a portion that includes some of its most affluent suburbs) will be able to even get there, let alone gamble.

A minor matter. The image of Queen Victoria at the head of Guy Rundle’s article is mistagged. She sits outside Sydney’s Queen Victoria BUILDING not market. It is of course marvellous Melbourne that hosts the Queen Victoria MARKETS. TLJX

“Firstly, he needs to declare Labor’s conflicted position given the huge AHA donations and hand the pokies decision over to Victorian chief medical officer Brett Sutton.”

Stephen…..to paraphrase Frodo in the first part of Lord Of The Rings……’Have you been at the Gaffer’s home brew again?”

I am always horrified by gambing’s cost – the pokies alone would seem to be $5,600 pp which is more than $100pw ($14B over 25M population).
As the majority go nowhere near them someone is taking up the slack to the exclusion of more sane expenditure, of time & money.