Australians like broadcaster Cheng Lei will continue to suffer as collateral damage in the tit-for-tat war between Australia and China.

About August 12 Cheng Lei, a Beijing-based, Chinese-born Australian news anchor who has been working for state-run broadcaster CGTN for some years, disappeared.

Shortly afterwards it emerged that her home had been raided and her computers removed at the time, her friends and family are trying to ascertain where she has been detained since then. Her social media footprint has since been all but scrubbed.

August 31, their worst fears were realised when Australia’s Department of Foreign Affairs and Trade revealed Cheng had been detained by Chinese authorities. The Australian embassy was alerted on August 14.

No one quite knows the given reason at this stage, but Cheng is being held under “residential surveillance at a designated location” — the same draconian detention suffered by Australian-writer and activist Yang Hengjun. Yang was detained in February 2019 and has since been denied access to his lawyer.

This detention allows people to be held outside China’s Criminal Code, denied legal and visitor access for six months and is often associated with torture. It is the current favourite for Chinese authorities.

Cheng is just the latest in a depressingly long line of Australian citizens effectively treated as Chinese citizens despite the fact that, legally in China, the acquisition of another passport denies them the rights of Chinese citizens.

Cheng has a reputation for being professional and careful in her position at the state broadcaster. She has been part of the right circle of Australians in Beijing for many years, a friend to senior diplomats and correspondents.

But under amped-up surveillance, even the most careful people are being pulled in by the state. Whether or not authorities have anything real or imagined on Cheng, the move is only going to add to the fractiousness of the relationship between Beijing and Canberra.

As with the 2009 arrest of Rio Tinto executive Stern Hu amid a pitched battle over the price of iron ore, and Yang’s arrest last year, it’s impossible not to see Cheng’s arrest as part of the ongoing tit-for-tat between Canberra and Beijing.

This was so clearly outlined in a speech by deputy Australian envoy Wang Xining (a rare appearance by a senior Chinese official), where he noted that Australia had “hurt the feelings of the Chinese people” — long-time code for pissing off Beijing.

Australia’s less-than-diplomatic blundering around with China has only exacerbated matters — and the media hasn’t helped. Despite what you may have read in the media, which is largely on training wheels when it comes to China, Wang’s speech was clearly meant to be conciliatory.

The response by Australia was frankly aggressive. The ever-flailing Treasurer Josh Frydenberg confirmed that he would not let a Chinese firm take over a Japanese-owned dairy asset. (Since when were cows part of national security?)

Then Scott Morrison launched an as-yet amorphous bid to control all dealings between China and… well… just about everyone except corporate Australia, introducing yet another inquiry into universities

Still, as Beijing boosters — especially those from corporate Australia and its loyal pack of media shills — are so keen to remind everyone, nothing much has changed in China.

Australia sat mute while China’s one-child policy was introduced and came back to the party not long after the 1989 Tiananmen Square massacre. Indeed, while that event may have caused then-prime minister Bob Hawke to cry and open Australia’s arms to Chinese students, it didn’t stop him making a subsequent 100 or so trips to China to cash out on his relationship with senior party figures.

So why now does Australia choose to take Beijing to task?

That’s obvious: with the global order in upheaval, Australia needs to find a away to balance its relationships, particularly between Beijing and Washington. This has been in train for some years since Malcolm Turnbull decided to take the dragon by its ears.

Cheng’s fate must have sent some shivers among the Australian journalist contingent in mainland China, and possibly in Hong Kong. There are many Australians both with Chinese and Hong Kong heritage who work in Beijing, Shanghai and Hong Kong for both international and Chinese state-owned media.

It’s still only early days, and month-to-month trade figures are often distorted by seasonality, supply/demand bottlenecks and one-off weather and administrative events. Still, Beijing would probably like what it is seeing with exports of Australian barley down another 22% from June to July, after a 60% drop the previous months. Wheat and beef sales were down, as was coal, gas and a raft of other resources.

That Australia has decided to make its own way with China is, all up, a promising development. But at present it seems, like so much the government does, to be all tactics and no strategy, with little sense of the bigger overall picture — one which must include the United States if we are to pretend to have any independent thought.

Without any sense of where we are going or want to end up, and what we want and need from our relationship with China, Beijing will continue to chip away.

Australians like Cheng Lei will continue to become collateral damage to politicians with surprisingly limited understanding of China and little real skin in the game. 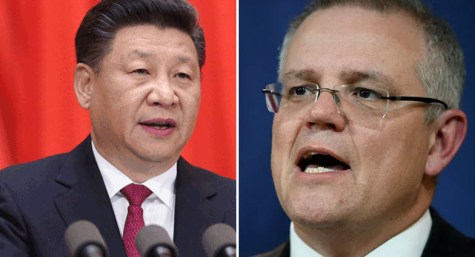 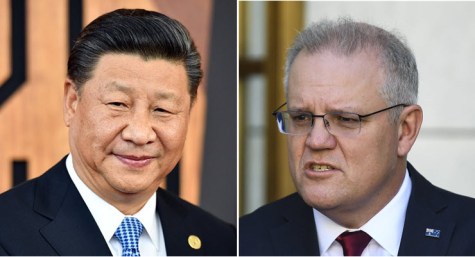 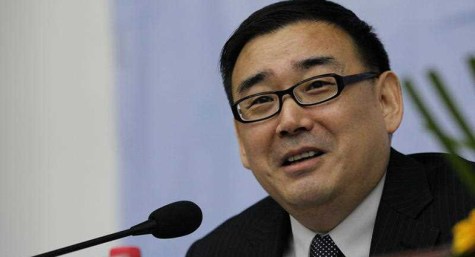 If any company that does business in/with China is not working out how to get the hell out of there, they are wasting their shareholders’ money.

Seems to me that Morrison is toeing Trump’s line and wrecking our country’s trading partnership with China in the process. Will the traders ever blame this govt for their trading problems, doubtful.

Maybe she was seen to be a little bit too close to the diplomatic circles.