Running the numbers on whether the Swedes got their coronavirus response right after all.

Is it time for the Sweden haters to admit maybe, just maybe, the Swedes got it right?

To be sure, your writer is hardly immune from having to eat humble pie, having vociferously pushed a hard lockdown (albeit over a far shorter period than Victoria’s six-month incarceration) only to realise the data now tells us something very different.

Sweden’s chief epidemiologist Anders Tegnell advocated a “light touch” approach, limiting gatherings to less than 50 people and encouraging social distancing, but eschewing mass lockdowns or business closures. Critics of Tegnell’s approach quickly point to Sweden’s relatively high level of deaths as all the evidence needed to suggest that the policy was wrong. And Sweden certainly did have a higher number of fatalities than many countries (currently 5821). 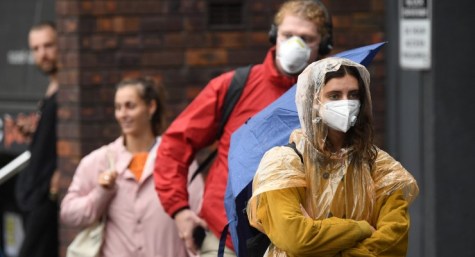 Ignoring the realities of lockdown is as dangerous as the virus

Sweden is a powerful case study in herd immunity. Early in the pandemic, it was speculated that COVID-19 would spread wildly until around 60% of the population developed antibodies. Back in March, when northern Italy was being overwhelmed, the World Health Organisation estimated that 3.5% of people who contracted COVID-19 would die.

Applying those two assumptions to Australia’s population, upwards of 525,000 people could have died. This level of death would almost certainly justify locking down the country and slowing the spread.

Sweden (as well as other regions which didn’t lockdown hard, but bent the curve, like Florida and Arizona) seemed to show that COVID-19 started to naturally fade away at levels well below the 60% infection rate. Blood sampling taken in May indicated that around 7.3% of Swedes had COVID-19 antibodies.

The reason for this is unclear, but epidemiologists writing in The Conversation suggested that upwards of 20% of the population may already have protective T-cells, possibly due to exposure to other coronaviruses. Interestingly, in cruise ships (like the Diamond Princess) and military boats where COVID-19 spread, it seemed to infect only around 20% of people.

Sebastian Rushworth, an ER doctor who was on the frontline of the Swedish fight against COVID-19 explained:

“Then, after a few months, all the COVID patients disappeared. It is now four months since the start of the pandemic, and I haven’t seen a single COVID patient in over a month.”

“At the peak three months back, a hundred people were dying a day of COVID in Sweden, [a country with] a population of 10 million. We are now down to around five people dying per day in the whole country, and that number continues to drop.”

The herd immunity level is important. To estimate how lethal COVID-19 will be we need to multiple the infection fatality rate (IFR) by the level to which the population will be infected.

So what about the infection fatality rate?

Here we have another problem: estimating the IFR for COVID-19 is difficult. While the case fatality rate (CFR) is easy to calculate, it’s also largely irrelevant, since the disease presents asymptomatically in the vast majority of cases and it’s very difficult to get a test in Australia without symptoms.

The IFR rate from COVID-19 is highly dependent on the population’s age and quality of healthcare, as well as testing levels. In Singapore, the CFR is 0.05%, so the IFR would be probably around 0.02%. The Diamond Princess (which had an much older age demographic) had an estimated CFR of 2.3% and an IFR of 1.2%.

Australia’s current CFR is 2.3% but our IFR is more likely to be closer to 0.2-0.3%. UNSW blood sampling data indicated that Australia had an IFR as low as 0.04% in April.

Let’s be conservative and assume Australia has an IFR of 0.30% — worse than Singapore and the UNSW blood testing results, but better than Diamond Princess.

Now we have our two key assumptions:

Using those data points, we get to an estimated fatality level of 7500-10,000 for Australia (with a “Sweden level” of lockdown). While that number may be lower than reality, given the terrible management of aged care facilities by the federal government, it’s a fraction of the earlier 525,000 estimate.

The great concern in the community is still that, left unchecked, they are at risk of dying from COVID-19. This thesis is largely based on the scenes in northern Italy and New York, coupled with an unwillingness to take another look at the actual data. Let’s also not forget, of those who die from COVID-19, almost all are above 70 with at least one precondition.

As Rushworth noted, “it is nonsensical to compare COVID to other major pandemics, like the 1918 pandemic that killed tens of millions … COVID will never even come close to this number. And yet many countries have shut down their entire economies, stopped children going to school and made large proportions of their populations unemployed in order to deal with this disease”. 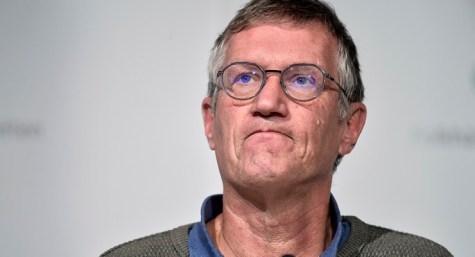 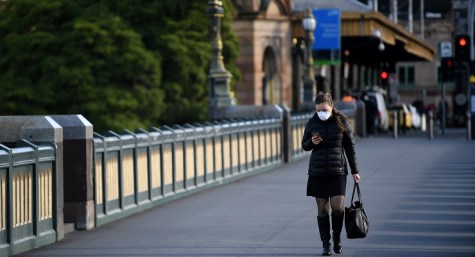 Sweden actually teaches us nothing other than the value of hindsight.

It was not obvious back in March / April that this was not a re-run of Spanish Flu. It coulda been.

Unbelievably, some people believe Islamic terrorism is and was a threat. Not by the numbers it wasn’t.

Decision making is most crucial when things “are not obvious”.
That’s what makes the Swedish decision so wonderfully insightful.

Our bunch of power junkies jumped straight to a Walking dead response, giving themselves increased powers and destroying the state and a once living city.

Only scare-mongering marxists would advocate the lock-down/reset to force people to “act in their own best interests.”

I actually believe the commentators here and possibly one journalist are viewing this “pandemic” as endless political possibilities. This is a serious concern.

When the marxists are shown valid graphic data and opinions of respected epidemiologists that cannot be refuted, they love to cry out oh that’s hindsight!! hindsight!!…as if hindsight was some type of evil. Or when confronted with the facts as Adam Schwab has graphically pointed out, they cry out ..”but what if this happens or what if that happens”..”if if if if if”..itself just another scare-mongering tactic.

University of Nevada report a man who has been infected twice. 48 days after positive test, and two subsequent negative tests he is positive again, and it was not genetically the same virus. So we still do not know what is going on with this virus. In addition there is almost no mention of the longer term problems, & neurological complications being seen. Not just large vessel strokes in young fit people, but Guillain Barré syndrome & myasthenia gravis. There also appear to be longer term lung problems. As mentioned above this is early hindsight. Later hindsight is still around the corner.

Yes, so many people forget that this is a NOVEL virus. As such we still have no clue just how harmful or harmless it will be going forward. Yet so many armchair experts are happy to sacrifice lives in one giant open world Lab Experiment. Just to protect our precious “economy”. Who knows, maybe Covid will do for late stage Capitalism what Bubonic Plague did for Feudalism.

By the way, I am 74 & still employed & active. Not quite ready for avoidable death.

I’m the same age as you and I have never seen a city ruined so rapidly by its “government” anywhere in the first world.
If you catch covid you will avoid death with 99% certainty unless you are health compromised and live in a aged care setting. We need to fix that.

My teenaged grandkids are paying the price for this. Not us.

What about Swedish behaviour during this time? My understanding is that (after the initial high death rate), the Swedes understood the issues and people self-regulated. (Eg. Traffic in Stockholm was down 40%)

Can we do the same in Australia without regulation?

My reading of situation in Sweden – aided by the opinions of my Nordic friends- is that, generally speaking, the Swedes have greater sense of civic duty that we appear to have in Australia. Which of course is am important factor when you are asking your people to self-regulate.

Give that man a cigar. Attributing Sweden’s stats to “herd immunity” has no scientific basis. Once people perceive the risks and start avoiding social exposure and/or wearing masks – out of self preservation or care for others – the R value (transmission rate) can be driven down in the same ways it has in government mandated lockdowns.

The comparisons to Sweden’s neighbouring Nordic countries don’t get a run in Adam’s piece – funny that.

Quite a different culture in Sweden, they respect the Govt and as a society accept and follow the guidelines in place.

There will be idiots of course, but we have demonstrated a great ability to be personally responsible. Our government wants to lock down 99.99% of the community so it can be seen as being progressive and hopefully get reelected. Responsible citizens need to say no. We wont get a chance at tne ballot box for some time and this government is cynically using this so it can claim its lock downs as the reason we beat covid.

Don’t rely on the ballot box for change when “Labor” is doing the 3 legged race to the bottom, tied to the perpetrators of current policy & practice.

You miss a number of incredibly important points, Adam. Might I say intentionally so.

All countries are being compromised by this event. You are engaging in the very behaviour of which you criticise Schwab. You point 5 remains to be seen. Antibodies DO have a history of appearing eventually. Similarly for AIDS but it could take decades or centuries (presuming that the planet holds together for another 80 odd years).