A landmark decision by Victoria's Court of Appeal dismantles the artificial distinction between mental illness and personality disorders — the impact could be huge.

In 2014, after Michael O’Neill pleaded guilty and was sentenced to 18 years imprisonment for the murder of his partner — prominent Melbourne interior designer Stuart Rattle — his lawyers argued that O’Neill’s “dependent personality disorder with prominent features of a narcissistic personality disorder” should lead to a reduction in the sentence because he was suffering a mental impairment.

The Victorian Court of Appeal disagreed, appearing to say that while mental illness such as depression could lead to a reduction in a person’s sentence if the illness was linked to the offending or would make jail time harsher, personality disorders like O’Neill’s were not to be treated as a mitigating factor.

That is because, as a 2010 Queensland Court of Appeal decision had noted, there was a view that personality disorders “are not illnesses which impact upon the capacity of the sufferer to perceive the world around [them] and respond to it. A personality disorder is a description of a personality type, or the traits which define the person and the person’s predominant modes of behaviour.”

This week Victoria’s Court of Appeal, the state’s highest court, in a landmark unanimous five-member bench ruling, abandoned that view, and recognised that those who live with a personality disorder should be treated in the same manner as those who commit a crime and have a mental illness.

The court’s decision, led by president Chris Maxwell, found that Daylia Brown, a young woman who committed arson in late 2018 had at the time — and continues to have — a severe personality disorder with detachment and borderline pattern.

A report from a forensic psychiatrist said that Brown’s personality disorder was a significant factor in her offending. She could not make rational choices and was disinhibited. Brown’s disorder, Dr Andrew Carroll said, “profoundly adversely affects her ability to cope with life’s demands”. What she needs, he said, was intensive long term rehabilitation.

Both Carroll and another expert in the case, Swinburne University’s James Ogloff, rejected “any distinction between a personality disorder and a mental illness on the basis of severity” because it was “arbitrary to believe that either of a personality disorder or a clinical disorder would necessarily be more or less severe one than the other”. 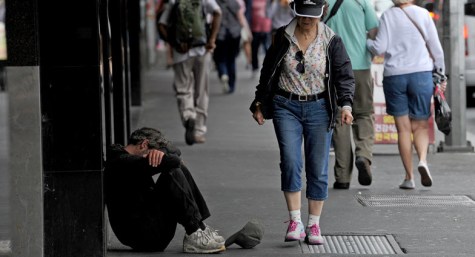 In significant departure from its position expressed only five years ago in O’Neill’s case, the Court of Appeal said that when a judge or magistrate is dealing with a personality disorder or other mental illness what they need “is not a diagnostic label but a clear, well-founded expert opinion as to the nature and extent of the offender’s impairment of mental functioning and, so far as it can be assessed, of its likely impact on the offender at the time of the offending and/or in the foreseeable future”.

The decision is a welcome development in the way the criminal justice system views mental impairment. And the court’s discussion about what should happen to Brown was equally enlightened.

While community protection is an important consideration in cases where there is a personality disorder, it need not be through jail. Brown, who had been sentenced to 18 months imprisonment, should, the court said, be released as soon as possible. It referred to the “harsh stimulus of incarceration” and that Brown needs “accommodated rehabilitative support”. Such a disposition, the court said, “would also serve the interests of community protection more effectively than” prison.

The dismantling of the artificial distinction between mental illness and personality disorders, based on a misunderstanding about the latter, by the Victorian Court of Appeal is a welcome one. It reflects a willingness of courts to take account of expert evidence, the state of knowledge in psychiatry and to jettison beliefs and views if to do so will lead to better outcomes for those who are sentenced in our courts.

There is, however, still much about the criminal justice system that is built on shaky ground.

For example, the idea that jailing people for drug trafficking leads to any reduction in supply, or that the goals of community protection and offender rehabilitation are well served by the increasing of imprisonment as a sentencing option.

Greg Barns SC is a barrister and national criminal justice spokesman for the Australian Lawyers Alliance.

The Nelson diagnosis: does Turnbull suffer from narcissistic personality disorder?

Mental health behind bars: why women prisoners are set up to fail

Getting personal when it comes to disorders

If society decides that offenses against property or person is aberrant, does it matter whether intentional – usually deemed “criminal” – or due to lack of inhibition, it has the right, nay the duty, to protect itself against recurrences.

If defence lawyers use the Personality Disorder diagnosis as a mitigating factor and argue that a lesser sentence along with intensive psychotherapy is appropriate, they should be required to cite solid evidence that psychotherapy works with people with these disorders.
Unless there have been some rapid advances in psychotherapy with these clients over the past few years, my understanding is that there is very modest evidence as to the effectiveness of treatment of people with these disorders.
Just getting someone with a PD to remain in therapy would be quite an achievement.
This is quite a complex area and I hope that we don’t get PD becoming the next go to legal defence without firm evidence that therapeutic interventions can bring about significant change in the behaviour of people with a PD diagnosis.

So does this mean sociopaths can now not only bully, but physically harm and even kill people, and then remain in the community? “Can’t help it, it’s how I am”? Sociopaths generally can’t be psychoanalysed into developing empathy. But, sociopaths do respond to self-interest, and their behaviour can be significantly influenced by the existence of personal consequences for infractions they choose to make on others (and they do have choice). Take away the consequences at your own peril.

(And you also see this with sociopaths getting into power positions in organisations, and in politics etc – the higher they rise, the less consequences for poor behaviour, and the more power they have to harm others.)

Well this is good news for all narcissistic, anti-social personality disordered ex-husbands.
I have noticed when people are sentenced, the evidence and proof requirements necessary to prove a crime are noticeably absent. People appear to be able to claim ‘mitigating factors’ very easily.
There are many, many people who have had dysfunctional childhoods or have been abused. These people do not go on to commit heinous crimes. They go on to live productive lives.
The majority of people committing crimes have anti-social personality disorder and narcissistic personality traits. Will they now be able to have their sentences lowered as a result of this?
Great!! NOT.