Hope in Victoria, tragedy in NSW and South Korea faces up to lockdown

Light at the end of tunnel

Despite protests against Victorian restrictions, evidence is mounting that the lockdown is finally starting to work. Victoria today recorded 113 new infections as it approaches what is hoped to be the final fortnight of its strict stage four restrictions.

There were 12 more deaths recorded.

A Ballina woman has lost one of her unborn twins after she flew to Sydney for treatment instead of going through the onerous application process to cross the border into Queensland.

The family had tried to get emergency treatment for the mother and baby in Brisbane, but decided that applying for a border exemption would have taken too long.

The woman’s father told The Courier-Mail his daughter had to wait 16 hours before she could get a care flight to Sydney and then had to wait another “six or seven” hours before the emergency surgery.

“I’m not blaming the health system in Queensland, the same thing could’ve happened if they could’ve gone to the Brisbane hospital … but the fact is it could have made a difference.”

Premier Annastacia Palaszczuk, who a week ago was criticised for saying Queensland hospitals were “for our people only”, said the death was a tragedy, but denied the state was prohibiting urgent interstate medical cases from being treated in Queensland hospitals.

South Korea could go back into another lockdown, after 441 new cases of the coronavirus were reported on Thursday, its highest single-day total in months.

Health officials have described the outbreak over the past two weeks as the country’s biggest crisis since the pandemic started. The country has already banned large gatherings, shut churches and bars, held sporting events without crowds and shifted most schools back to remote learning.

The National Assembly in Seoul was shut down and more than a dozen members of the ruling party have been forced to isolate on Thursday after a journalist tested positive. The government is primarily laying blame on two groups — doctors on strike and (yet again) uncooperative churches.

With two storms headed for America’s Gulf region this week, there are fears that any resulting evacuation — forcing potentially tens of thousands of residents in the Gulf region to surrounding counties — may worsen the spread of COVID-19.

A new study argues that if evacuations followed the routes of Hurricane Irma in 2017, one of the largest hurricane evacuations in US history, new coronavirus cases could spike by as much as 61,000 as people forced to flee their homes shelter with friends and family, or in crowded public shelters.

Lockdowns eased around the globe as Queensland heads back to school 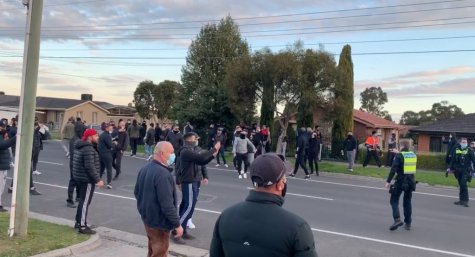 Anti-lockdown protest, the battle of the sexes, and Sydney’s struggling economy 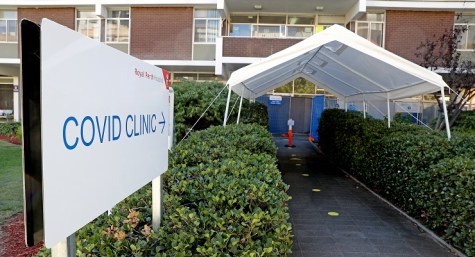 “but decided that applying for a border exemption would have taken too long” – this is interesting. If this is true – that they didn’t even bother applying – then all of those hysterical and wrong “they won’t let anyone into Queensland” stories have had a very serious effect. Qld approves almost all health exemptions; people either don’t apply in time or don’t want to quarantine.

I work in the medical field and my husband is an Obstetrician.
The death of a baby is terribly sad and the story, as reported also sounds awful.
Pregnant women in rural and remote Queensland, also have to wait for hours for air transport to a larger center for specialized medical help.

If the doctor looking after this poor woman felt that time was of the essence, then application for clearance to travel into Queensland by the doctor, would almost certainly have been granted without delay.

The rub for most people is that they have to quarantine for 14 days and as someone who is watching with horror as the numbers rise again in NSW, and yes, I fully support our Premier’s stance on the border closure because as far as I can see, the NSW Premier is about to sit around wondering why all the hospitals beds are full and the aged care facilities won’t have to do anything about the RC because they will be empty.