Tomorrow's election will establish just how much Northern Territorians value their government's success in keeping the NT free of COVID-19 community transmission.

Tomorrow’s Northern Territory election is far from the first Australian electoral event of the COVID-19 age, but it’s the first that gives voters the opportunity to remove a government charged with handling it.

Previous elections during the pandemic have not found voters of a mind to revise their earlier verdicts, most notably in the case of the Eden-Monaro by-election on July 4, which all but repeated the result from 2019.

However, it seems rather less likely that tomorrow’s election will be a straight re-run of the once-in-a-lifetime Labor landslide in 2016, which reduced the Country Liberal Party (CLP) to two seats in a parliament of 25 — a far cry from the dominance it enjoyed from the establishment of self-government in 1974 until Labor’s first-ever election win in 2001.

Indeed, such was the scale of the CLP’s devastation that there has been some contention over its status as the official opposition.

The story behind this is all too characteristic of the territory’s fractious politics, which have been evident in recent years on both sides of the political divide, but especially so among the conservatives.

This has given rise to a third player at tomorrow’s election in the shape of the Territory Alliance, a new party formed by Terry Mills, who led the CLP to victory in 2012.

Mills was dumped as leader barely six months later, and the government was reduced to a terminal state when his successor, Adam Giles — later to find fame as a Sky News presenter and host to neo-fascist provocateur Blair Cottrell — survived a leadership challenge by threatening to bring down the government on the floor of parliament.

Returning to parliament in 2016 as an independent, Mills was able to enlist two other cross-benchers to his new venture in March, which duly outnumbered the CLP’s contingent with its three seats to two.

On a normal reading of parliamentary practice, this would seem to have entitled it to opposition status, but the CLP was able to have the matter determined in its favour by a secret ballot in parliament, from which the Labor members largely or entirely abstained.

Thickening the plot still further was the role played by the then parliamentary speaker, Kezia Purick, a former CLP member who quit the party in 2015 and retained the speakership when Labor came to power.

Purick and Mills had a lengthy and troubled history, with Purick having been dumped from the CLP’s deputy leadership after its 2012 election win and subsequently excluded from cabinet.

A bid by Purick to thwart Mills’ attempt to register a business name for his planned new party led to a finding by the Independent Commissioner Against Corruption that she had engaged in corrupt conduct, resulting in her resignation as speaker in June.

As for Michael Gunner’s Labor government, it can only be said to have been stable by the lamentable standard set by its CLP predecessor.

Exhibit A in this respect is Jeff Collins, who won the seat of Fong Lim for Labor in 2016, but will now seek re-election as one of the three incumbents of the Territory Alliance.

Collins was one of three Labor MPs who were expelled from the Labor caucus in December 2018 after making criticisms of the government’s budgetary management that the party would have done quite a lot better to have taken in its stride.

Another of the three, Ken Vowles, quit parliament in January, initiating a byelection in the Darwin seat of Johnston that was almost won by the Territory Alliance — while the CLP ran fourth behind the Greens.

The third, Scott McConnell, is running at the election as an independent, while yet another, Sandra Nelson, announced she would quit politics after a private Facebook discussion with still another Labor MP was leaked to the media, revealing both to be extremely displeased with Gunner.

This leaves Labor with only 13 of the 18 members elected in 2016 defending their seats, with one further MP retiring in uncontentious circumstances, and the seat of Johnston to be defended by the recently minted byelection winner.

Given the importance of incumbency in the territory’s tiny electorates, where hard-working members can become personally familiar to almost every one of their 5500 or so constituents, this amounts to a large self-imposed handicap.

What may yet save the day for Gunner is COVID-19 and the government’s success in keeping the territory free of community transmission.

Tomorrow’s result will do much to establish the exact value of such an accomplishment — a matter of particular interest across the border in Queensland, where Annastacia Palaszczuk is struggling to translate a boom in personal popularity into electoral support ahead of an election barely more than two months away. 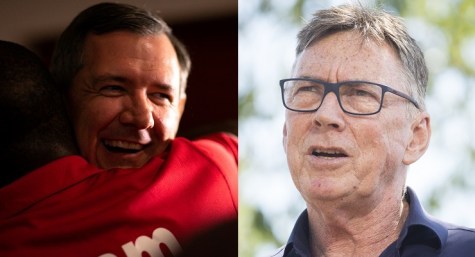 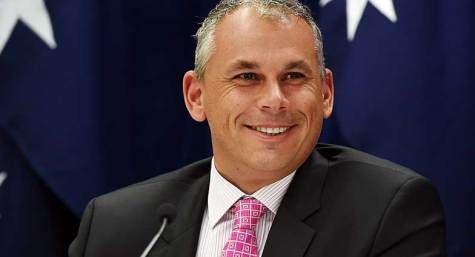 To paraphrase the infamous DrK’s remark, “Pity they can’t all lose”.

Bemused William . . . had thought NT Election(s) were either a trial of voter frustration and/or an outright cat and dog fight between incumbent govt and commercial interests?

“Just how do voters feel . . .”? Well whether it be about ‘borders’ or fracking, cotton, water, crime et al. None of which revealed? In fact, sans community opinion? Disappointing mate. Mostly, community membership participation normally closely monitored by Media to ensure some recognition of adulthood. But this time around Crikey offers up an opportunity . . . and we voters . . . have nothing to say? Truth is, NT Community at large is fiercely in favour of secure borders. Against fracking. Broad acre cotton draining our rivers and stuffing up fishing, camping etc. Our politicians . . well who cares/? They come and go . . and come and go . . and come and go??

Sounds like the national attitude in miniature – a pox on the lot.

My guess is that the populace will vote for the party that will protect them, and in the time of COVID, voting for a party that was espousing open borders goes against the grain, particularly as closures have worked.

I think Palaszczuk will get the same result. You just have to remind the populace that the other side wanted them to have open borders even as the virus was first flaring.

Nothing is quite as ironic as Hanson calling for open borders and threatening legal action. Will be interesting to see how her Hanson First party goes in Qld next time around.

They using a virus as a political advertisement.
Like I protect you for the corona Virus 19, and I keep the borders for another 18 months closed.
Somebody with some brain, would say that is impossible…
But we run the economy down hill for sure…..Guarantee given.
Australia is controlled by the states.