Shepard’s piece of the pie This week it was announced that the government was appointing Anthony “Tony” Shepherd as a director of Snowy Hydro for a three-year term. The announcement glowingly lists the many achievements on Shepard’s CV but leaves a couple of interesting items off.

Shepherd, a former Business Council of Australia chief and prominent Liberal party supporter was behind the Coalition’s Commission of Audit, which formed the basis for the Abbott’s government’s austere and profoundly unpopular first budget.

One of the commission’s recommendations? Privatise Snowy Hydro. Indeed, Shepard has a long history of opposing government action on climate change.

The commission responds The disability services watchdog the NDIS Quality and Safeguards Commission is scrambling to hire personnel following Inq’s five-part investigation which revealed the commission is incredibly understaffed, overburdened and incapable of dealing with tens of thousands of cases involving neglect and abuse.

Recruiters have been on the prowl texting potential applicants about a public sector position at the commission’s headquarters, while postings on job sites advertise “multiple” positions for complaints and reportable incidents officers in Canberra.

In true bureaucratic fashion, the job posting went live on Monday — though submission applications closed last month. A spokesperson for the commission denied the advertisements were in response to Inq’s series.

“The sad reality is that many young, pampered Australians have an aversion to hard work,” Gleeson opined.

The widely-ridiculed article found support from Queensland LNP Senator Gerard Rennick, best known for claiming the Bureau of Meteorology is part of an international conspiracy to cook weather data, and that subsidised childcare is a plot to destroy the traditional family.

Australia’s horticulture sector has for years been structurally reliant on a mix of working holiday visa holders and heavily exploited, undocumented migrant labourers. Both sources of labour are drying up with borders closing. Youth unemployment recently hit 16.4%.

We asked the senator if he backed conscription, and if he thought our rate of youth unemployment reflected a “will shortage”. He didn’t respond.

Canavan goes Breitbart Senator and coal lover Matt Canavan has never struck as much of a details kinda guy — whether he’s dealing with a CSIRO report which says almost the opposite of what he says it does or stretching the concept of “subsidies for fossil fuels” until it breaks, he’s a big-picture guy.

(Despite this, there is no evidence that solar power is actually what failed during the California blackouts at all.)

PMC’s trust issues In 2018, the Department of Prime Minister and Cabinet commissioned a survey into trust. Thanks to documents released under freedom of information, we know just 31% of respondents trust Australian public services, and only a quarter trust them to implement changes.

And we know practically nothing else, other than the level of mistrust is reciprocal — the survey release is almost entirely redacted.

Long delays and pages of redactions are a cornerstone of Australia’s FOI regime. So is evasion by the departments — last year, a whistleblower claimed the department had a “politically-motivated, pervasive and toxic” disregard for FOI law. 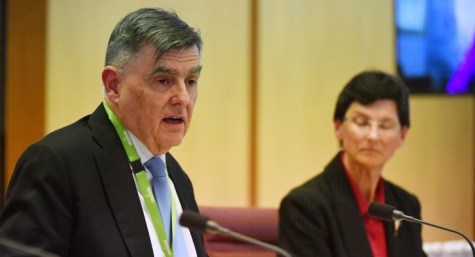 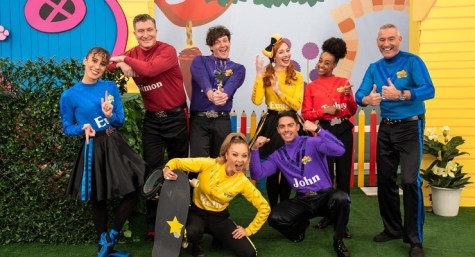 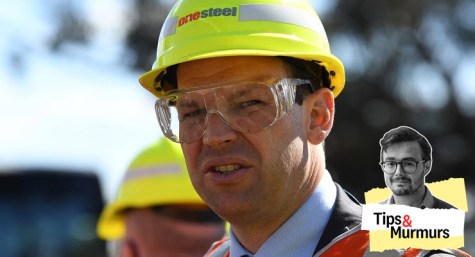 A Bastiaan of good taste … what’s the deal with Matt Canavan … are the Walkleys OK?

Please work out how to spell his name

That would require a basic level of literacy, or a sub editor.
Both are lacking on this site.

Shepherd? Shepard? Why not Shepperd?