Christopher Pyne isn't a lobbyist, he's a 'strategic adviser'. But what's the difference?

When is lobbying not lobbying?

According to the government, it’s when someone is giving ‘strategic advice’.

Saber Astronautics, an Australian space company, has been awarded $7 million worth of government grants to help develop Australia’s space capabilities. It also happens to receive strategic advice from former defence minister Christopher Pyne and has been a client of his lobbyist firm, GC Advisory, since 2018.

But according to Australia’s governance rules, “strategic advice” is not lobbying.

Saber and Industry Minister Karen Andrews claim Pyne did not conduct any lobbying in relation to the grants, and that the process used to award those grants was open and competitive.

“The head of the Australian Space Agency was the decision-maker for both grants,” an Andrews spokesman said.

So what is the difference between being a strategic adviser and a lobbyist? And how can we be sure there isn’t a conflict of interest?

A lobbyist by any other name

According to the government’s lobbying code of conduct, a lobbyist is any person, company or organisation who conducts lobbying activities on behalf of a third-party client.

This would mean the lobbyist needs to actually meet with the person they’re lobbying, which a strategic adviser doesn’t.

Crikey has long reported on the flaws of the Commonwealth government lobbyist regime. For one, there are currently far more lobbyists not listed on the government’s lobbyist register than are listed.

So big are the holes in the regime that they don’t take into account large industry peak bodies and accountancy firms, many of which are not only lobbyists but political donors themselves.

But another problem is the outdated ministerial standards that guide what is acceptable employment for ministers once they leave office.

Pyne’s work as a lobbyist has been the subject of much scrutiny, including at a Senate committee inquiry last year. But he is hardly alone in taking up a lobbyist role after politics.

Former ministers are prohibited from lobbying ministers on issues they were responsible for in government within 18 months of leaving office. But after 18 months, they are basically free to do whatever they like.

Bartos said titles like strategic adviser allowed Pyne to appear at arm’s length from a lobbying role, while still allowing him to use his expertise and insight in defence to help clients.

“Clearly there is the possibility here of a perception of a conflict of interest here. And our rules don’t adequately cover that off.”

Do lobbying guidelines need to change? Let us know your thoughts by writing to letters@crikey.com.au. Please include your full name to be considered for publication in Crikey’s Your Say column. 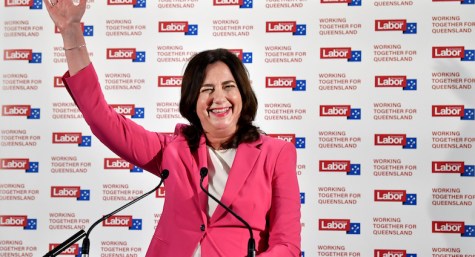 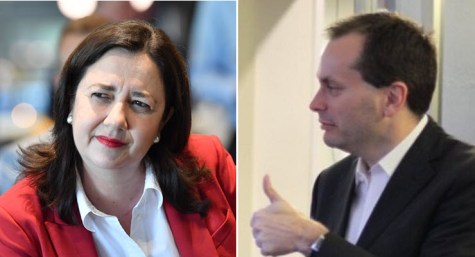 It seems that unlike most ex-ministers Christopher Pyne was a good buy for the company.

It’s unlikely we will ever see any reform to this blatantly, but lawfully, corrupt system of polly coddling because three of the major parties in Parliament benefit from it.

No wonder this govt doesnt want a corruption watchdog.

The only surprise here is that the deal has taken so long. Perhaps the genteel Pyne insisted on a discreet delay out of sheer Adelaide politeness.

Whatever his salary, he’s cheap and already the company has recouped the cost in multiples.