Good morning, early birds. Opposition Leader Michael O’Brien's request to cross-examine witnesses during the hotel quarantine inquiry's public hearings has been rejected, and Treasurer Josh Frydenberg will today announce a new national licensing framework for workers. It's the news you need to know, with Chris Woods.

According to The Age, chair of Victoria’s hotel quarantine inquiry Justice Jennifer Coate has rejected Opposition Leader Michael O’Brien’s leave to appear appear at the judicial probe’s public hearings — submitted on the basis that he has a “direct or special interest” on behalf of Coalition voters — as a challenge to her independence. The request would have allowed him to cross-examine witnesses.

Hearings for the inquiry resume today, with The Guardian reporting that the first two witnesses will be genomics experts Professor Lindsay Grayson of Austin Health and Melbourne University, and Professor Ben Howden of the Doherty Institute.

As the ABC outlined, the news comes after Dan Andrews extended Victoria’s state of emergency until Sunday, September 13 — even with a “a sense of real hope” that restrictions are working as new cases again dip below 300 — as well as ongoing outbreaks at Melbourne aged care homes and evacuations at a mental health accommodation centre in Albert Park.

PS: In a busy day for the Victorian Liberals, the ABC also reports that the party is probing potential branch stacking after state director Sam McQuestin found more than 20 membership irregularities during an audit.

A LICENCE TO SKILL

Treasurer Josh Frydenberg will today announce a new national licensing framework for workers, which The Conversation notes has support from state and territory treasurers and would allow carpenters, joiners, bricklayers, builders, electricians and plumbers — and potentially teachers and property agents — to have licences recognised across Australia.

In related news, the Herald Sun ($) reports that the NSW and Victorian governments are working on a border movement deal for “bubbles” of essential workers, including agricultural workers.

PS: In less collaborative news, The Age has revealed that the Morrison government repeatedly rejected Victoria’s requests to extend financial support to the disability sector and create crisis accommodation response teams, while The Australian ($) reports that Greg Hunt has reiterated that state hospitals are expected to accept infected nursing home residents following reports of rejections.

JOBS FOR BUILDERS, CAN WE FIX IT?

According to The Australian ($), Master Builders Australia is pushing the Morrison government to back a new $5.1 billion stimulus package — including a $3.8 billion CommunityBuilder scheme targeting commercial construction and a 12 month extension to the mostly-untouched HomeBuilder program — amidst forecasts of a 27% drop in residential building activity and the largest commercial building slump since 1976.

The news comes after The Guardian reported that fewer than 250 people have applied for the HomeBuilder scheme, despite Master Builders hyping the highly-targeted housing construction/renovation scheme as the “most effective stimulus in decades”.

PS: In another front page industry scoop, The Australian ($) reports that Wesfarmers chief executive and chairman of the Business Council of Australia’s tax and federation working group Rob Scott has called for the federal government to boost COVID-19 employment through, shock horror, tax reform.

Finally, The Sydney Morning Herald has obtained court data under Freedom of Information laws, which demonstrates that in the four years up to 2019 “Aboriginal people who live in the Richmond-Tweed region and Sydney city areas were twice as likely as non-Aboriginal people to go to jail for any offence”.

[The Democrats] need that money in order to have the post office work so it can take all of these millions and millions of ballots. Now, in the meantime, they aren’t getting there. But if they don’t get those two items, that means you can’t have universal mail-in voting because they’re not equipped to have it.

In an admission that, south of the border, would otherwise land you a CIA-backed coup, the US president explains that he is starving the postal system in order undermine mail-in voting — a service he falsely demonises, believes hurts Republicans, and continues to use — and force millions to either vote in-person mid-pandemic or not at all.

‘The buck stops with me’: the words our political class utter with contempt

“Who was responsible for the fateful and fatal decision to allow Ruby Princess passengers to disembark in Sydney in March, leading to hundreds of coronavirus infections across Australia?

“Some combination of Australian Border Force (ABF) staff, Department of Agriculture officials and NSW Department of Health staff. Quite how they combined may never be fully known, given the Commonwealth is refusing to fully cooperate with a NSW inquiry headed by Bret Walker SC. Home Affairs minister Peter Dutton has tried to bluster his way out of questions about the culpability of ABF staff by claiming such questions are an attack on his personnel.”

Conflict of Interest: The minister, the staffer, and his wife

“Victorian Labor MP Lizzie Blandthorn is chair of the state’s parliamentary Public Accounts and Estimates Committee. That means she’s responsible for grilling Premier Daniel Andrews and his ministers over their response to the COVID-19 pandemic.

“One of the ministers to front the committee this week was Jobs Minister Martin Pakula, whose department has found itself at the centre of the hotel quarantine saga. But Pakula has another connection to Blandthorn. Blandthorn is married to Pakula’s chief of staff.”

“In my local cafe, the smile of the owner is gradually disappearing week by week as he dispenses coffee from behind a piquant little mask. That must have seemed cute a few weeks ago. Now, there is a worry in his eyes that was not there before.

“When the first lockdown occurred, he negotiated a deal with the district landlords of his shop for a rent holiday that went for three months. Rent was reintroduced and then suspended again. He has reduced his staff to a single other person in order to give his retinue of staff at least some regular work.”

‘Left for dead’: Prime Minister accused of using company as a prop

Generational divide: Younger Australians are worse off than their parents were, index shows

Together we can tackle eating disorders ($) — David Murray (The Australian): “COVID-19 is exacerbating Australia’s existing mental health crisis. Daily life has changed for us all, each one of us feeling at least slightly on edge as we adjust to a reality that shifts with every government press conference. Research led by Professor Jane Fisher shows that mental health problems are at least twice as prevalent now as in non-pandemic circumstances.”

Politics doesn’t wait: Could Anthony Albanese be missing his chance? — Sean Kelly (The Sydney Morning Herald): “Albanese spent much of the week making sure that voters knew that aged care was Morrison’s responsibility. It’s an important point, considering Morrison’s tendency to slip away when blame is handed out. But reading through the many, many words Albanese said on the subject, I found him oddly restrained.”

The old guard preventing reform to consent laws — Bri Lee (The Saturday Paper): “On the last day of July, the Queensland Law Reform Commission’s (QLRC) report on consent and the ‘mistake of fact’ excuse was tabled in parliament. In the commission’s own words, it did ‘not recommend extensive changes to the existing law’. The Queensland government has already indicated it will act on the findings, which in this case means not to act.” 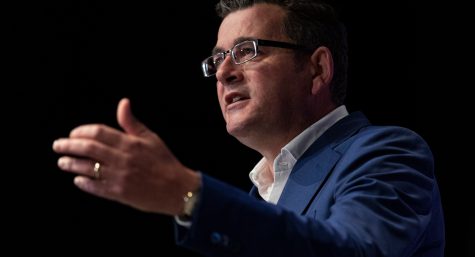 On the roadmap to somewhere 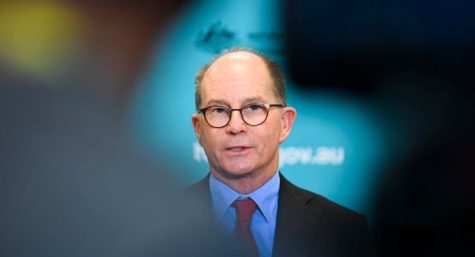