Good morning, early birds. "Patient zero" at Melbourne's Rydges hotel outbreak was reportedly not a security guard but a night duty manager, and the Western Australian parliament has passed late-night legislation aimed at blocking Clive Palmer's $30 billion compensation lawsuit. It's the news you need to know, with Chris Woods.

According to The Age, “patient zero” at Melbourne’s Rydges hotel outbreak was not a security guard but a night duty manager, who was presumably infected via a returned traveller, reported a fever on Monday, May 25, and tested positive a day later — after which the hotel instigated isolation protocols.

The manager — who has thankfully not been identified, so no gross front pages or journos lurking around homes for now — immediately entered isolation, while seven security guards and some hotel staff and health workers were stood down and asked to be tested/enter isolation. Five of the seven Unified Security guards then tested positive, and the infection spread through families in the northern and western suburbs of Melbourne.

The revelation comes amidst continued rolling updates to the state’s hotel quarantine system, including news that:

PS: Victorians can also, finally, risk some cautious optimism, with the state hitting a three-week-low of 278 new cases yesterday. As the ABC reports, epidemiologist Catherine Bennett believes the recent reduction is likely due to mandatory masks, while the benefits of stage four lockdowns will likely be realised in the coming weeks.

PARTIES COME TOGETHER TO TELL CLIVE TO ‘GET FUCKED’

The Western Australian parliament has passed late-night legislation aimed at blocking Clive Palmer’s $30 billion compensation lawsuit, which Premier Mark McGowan announced on Twitter has gone “straight to Governor Kim Beazley, who has been waiting on standby, ready to sign it into law”.

The legislation was rushed into the lower house on Tuesday and, as The New Daily explains, is designed to terminate arbitration and damages under a 2002 state government agreement with Mineralogy. While Palmer yesterday announced two arbitration awards registered under the Queensland Supreme Court, WA’s Attorney-General John Quigley had previously claimed any court action between the bill’s introduction and assent would be covered under the legislation.

Finally, while the WA Liberals criticised the 48 hour turnaround time to review the changes, the win came courtesy of a nice moment of bipartisanship, with the Nationals and Greens voting to fast-track the bill out of a shared desire to own Mister Palmer.

A LONG STRETCH OF UNEMPLOYMENT

According to The Australian ($), Treasury head Steven Kennedy has warned the five COVID-19 workplace reform groups that the unemployment rate is not expected to fall below 6% — nearly a point higher than pre-pandemic levels — for four to five years, with younger workers expected to be hit hardest.

The news comes after the Australian Bureau of Statistics reported that unemployment in July hit a 22-year high of 7.5%, even with the creation of 115,000 jobs, meaning that roughly 1 million people were out of work even before Melbourne entered stage four lockdown.

Business Council of Australia chief executive Jennifer Westacott has since called on the Morrison government to proactively support up to 10 industry “winners” to nurture and lead the country out of the recession, in a speech The Sydney Morning Herald reports was given to a virtual town hall of GE employees.

Adding to some of those unemployment figures, The Age reports that Victoria University has announced plans to cut up to 190 jobs, while La Trobe University has opened up a second round of voluntary redundancies. The news comes just over a week after Melbourne University announced plans to slash 450 jobs and, with the sector specifically excluded from JobKeeper despite the exodus of international students, follows multiple similar announcements throughout the year.

Elsewhere, The Australian ($) reports that universities have scrambled to see if their students would be punished under Dan Tehan’s plan to slash HECS-HELP for students that fail more than 50% of their first year courses.

Tehan, who argued the plan to threaten financial support is “about helping and supporting those students and making sure that universities engage with them”, has this week managed to piss off not just student groups, Labor, and the Greens, but Nationals MPs, who argue the plan to increase the cost of studies in mental health and social work could exacerbate rural inequality.

FUN FACT: An arts graduate, Tehan is one of several Coalition politicians to have partially benefitted from free university, back when that was a thing.

Finally, in what feels like one of those increasingly rare good news stories, Star Observer reports that Queensland has become the first state to ban conversion therapy by health professionals, even if critics note the law excludes the “bulk of harm that occurs in informal settings like pastoral care in faith communities.”

Conversion therapy — a debunked practice that aims to change or suppress sexual orientation or gender identities — is considered torture by the International Rehabilitation Council for Torture Victims, and health practitioners in Queensland now face up to 12 months imprisonment and 100 penalty points, or up to 18 months and 150 points if performed on children and other vulnerable people.

The LNP voted against the bill, claiming it would “turn doctors into criminals,” while the ACT government, coincidentally, introduced its own bill yesterday. Victoria has also begun public consultations.

PS: In much less good news, The Australian ($) reports that the Palaszczuk government has introduced legislation banning journalists from publishing complaints to the Crime and Corruption Commission amidst the election season, years after opposing similar laws proposed by Campbell Newman’s opposition in 2012.

[Podcasts on Audible] may not include advertising or messages that disparage or are directed against Amazon or any Service.

In a since retracted clause, the company that forced employees to piss in plastic bottles and fired the organiser of a COVID-19 walkout demonstrates a weird sensitivity to public criticism.

“Tehan says his plan will help both students and taxpayers, by stopping students taking on HECS debt they’ll never pay off. But analysis from the Department of Education suggests the changes will only affect 2500 students per year.

“What we do know is that failing subjects at university is fairly common. According to analysis from the Grattan Institute, 8% of students failed every subject in their first semester at university. About 40% of students who fail half their subjects — the threshold for HELP to be cut off under Tehan’s plan — will already drop out.”

“When Prime Minister Scott Morrison introduced free childcare in April he acknowledged it was a “vital” service for families during an “unsettling time”.

“Accessing and paying for childcare during the pandemic has not disappeared for parents despite the government’s inexplicable decision to withdraw free childcare and end support payments for childcare workers — this while case numbers were not dwindling nor plateauing but rapidly rising.”

“It’s an article of faith in the media, business and within the Coalition that Australia’s industrial relations system is too inflexible.

“That’s despite a lack of any evidence to that effect. After a major inquiry, the Productivity Commission reported in 2015 that ‘contrary to perceptions, Australia’s labour market performance and flexibility is relatively good by global standards’.”

Protecting Djab Wurrung cultural landscape: A long fight worth our while — Sissy Eileen Austin (NITV): “I am an elected member for the South West Region on the First Peoples Assembly of Victoria and I am witnessing first-hand the contradicting agendas of the Andrews’ Labor government. On one hand we are seeing progression towards a Treaty, while on the other we see the state government consent to the bulldozing of significant and sacred Aboriginal heritage.”

New law will take Qld down a perilous path ($) — Editorial (The Courier-Mail): “Mark down August 13, 2020 as the day the Palaszczuk government hopelessly and unequivocally lost the plot — the day this Labor administration pushed ahead with a law change so extreme that even former premier Campbell Newman dumped it for being too harsh. The law change would make it a crime punishable by six months in jail to publicise corruption allegations against capndidates during the official campaign periods. It would apply to both state and local government elections — effectively censoring what you are allowed to know before you vote.”

A rich inner life might be only upside of this invincible pandemic — Waleed Aly (The Sydney Morning Herald): “One of the features of authoritarian and especially fascist politics is its desire to bring about a ‘New Man’: a transformed superhuman who embodies the ideals of the political ideology in question. Mussolini’s version of this was based on a particular view of the ancient Roman soldier, and held that a man should be virile, unromantic, strong and with an affinity for violence and war.” 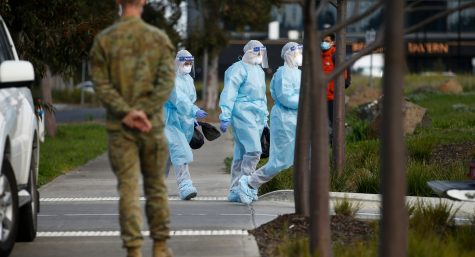 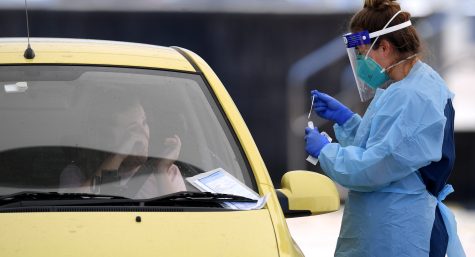