Education Minister Dan Tehan’s unveiled the latest piece of his university reform plan overnight — a proposal to withdraw government help from students who had failed more than half their units.

In a media release titled “putting students’ interests first”, Tehan said students who fail more than half of their eight subjects would no longer be able to access government support in the form of a Commonwealth supported place, HECS-HELP or FEE-HELP.

The plan is intended to crack down on large, unpaid HECS debts, and push students towards more sustainable study choices. But the plan could also cause more anxiety and hardship for many students, with little tangible benefit.

How many students fail?

Tehan says his plan will help both students and taxpayers, by stopping students taking on HECS debt they’ll never pay off. But analysis from the Department of Education suggests the changes will only affect 2500 students per year.

What we do know is that failing subjects at university is fairly common. According to analysis from the Grattan Institute, 8% of students failed every subject in their first semester at university. About 40% of students who fail half their subjects — the threshold for HELP to be cut off under Tehan’s plan — will already drop out.

Another study, led by researchers at Deakin University, surveyed students studying civil engineering, education, nursing and commerce, and found between 23% and 52% had failed at least one subject. Most who failed once failed again, and were four times as likely to drop out.

Why do students fail?

Experts and student advocates are concerned this latest proposal doesn’t address the root causes of academic failure, and could make university even more difficult for struggling students.

“What this policy makes an assumption around is that when a student fails, it’s a result of their own capabilties,” Ajjawi said.

“This punitive approach has the potential to raise anxiety, particularly in vulnerable students.”

Liam Donohoe, president of the University of Sydney’s Students’ Representative Council, said first year students, who faced particular challenges with mental health, were most likely to be adversely impacted.

“Mental health is a most significant issue, and that’s particularly hard to manage and deal with in first year,” he said.

“It’s when students feel an onset of difficulties, and many don’t reach out for help.”

Ajjawi said the transition from high school can be particularly jarring for some students, and the added financial stress of failing subjects could make that process even more challenging.

Given the complex factors that affect a student’s academic performance, it’s unclear how well Tehan’s plan will change behaviour. Most universities already have rules, procedures and support in place for students failing multiple subjects.

Ajjawi says often, these students require an educational rather than punitive intervention to change study behaviour. She also says there’s a lot that hasn’t yet been answered about Tehan’s plan.

For one, it seems to be targeted at “serial failures”, who are enrolling in multiple courses at multiple institutions, with the press release singling out students who had racked up HELP debts of over $600,000. But it’s unclear how many students are in this specific situation.

And despite those examples of students with large debts, the Coalition itself put in place a limit on HELP loans of $100,000 ($150,000 for certain degrees like medicine) in 2018.

Donohoe said that beyond the rhetoric about “serial failures”, the plan means more hardship for students and young people, who are already struggling during the pandemic. 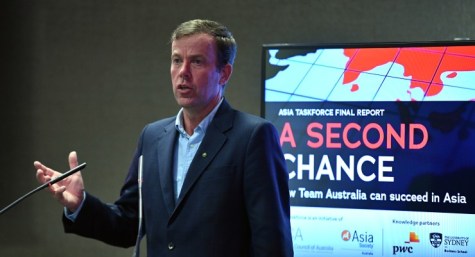 Dan Tehan gets cancelled by the French as submarine fallout continues 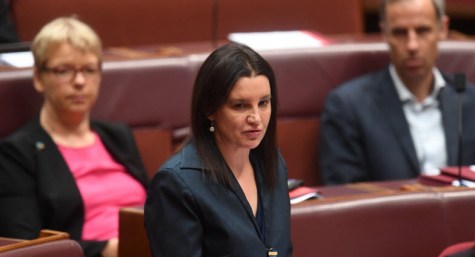 The Good the Bad and the Ugly

From a grade 10 level of education background, I began tertiary studies as a mature age FT student (online) through Swinburne University doing a degree in Behaviour Studies (Psychology) , minors in Criminology and Indigenous Studies.
I achieved a distinction for my first essay in comms and my tutor advised I would have received a HD had I applied the attributes of ontology and teleological to my argument in more detail.

What happened in the next few months that led to a change in degrees and to a QLD University is a long story and I will spare readers the gory details and reliving the emotional trauma surrounding that chapter of my life. Suffice to say, I reacted and change my degree after failing that one subject in semester two at Swinburne, despite my psychology tutors attempt to persuade me otherwise.
What I will say, as shameful as it is to speak out about it, and I still get emotional with self-depreciating internal dialogue when I recall my experience. Throughout my proceeding degrees, Bachelor of Communication Journalism, before media industry went downhill due to online platforms, to BA in Communications, I had failed 17 subjects! almost a degree worth of wasted dollars and heartache unfathomable.

*
When the Federal education minister says students are enrolling at different universities, my experience through OUA was doing level two subjects at the advice of ‘student advisors’, when I should have been studying level one subjects as a prerequisite.
OUA’s system does not allow students to do subjects out of order now even though study units are offered at different universities and study periods. Moreover , I didn’t realise I wasn’t enrolled in a degree with the University that I did most subjects through ( Griffith) , OUA advised me after years of study later as I was nearing the end of the 24 completed subjects, I had to apply directly to the Uni. So, I had been on a never-ending re enrolment journey, at Griffith, Curtain, Murdoch, Macquarie, and University of SA.
I started study in Nov 2010 full-time. Worked in the entertainment industry when I could seasonally. I deferred study when I had a break down and received a diagnosis from Dr Robert Moyle (forensic psychiatrist), which recommended I finish uni part-time.
While studying part-time I volunteered with Queensland Corrective Services, (Elders visits) and was led to believe in paid perm- part-time employment, that sadly never came to fruition.
I finally graduated in May 2018 with a BA in Communication that is worth nothing.

So, based on my own experiences (which would no doubt be in the minority), I agree with the education minister revising methodologies in the University sector.

Many good points but……some students who get in really shouldn’t have as their VCE / Yr 12 ‘pass’ were handed to them on a plate. Because of automatic progression you can go
from grade 1 to Yr 12 without having to pass, do any work, behave or be able to do the work involved.

That will not get you into uni in NSW. Those who do not behave are most unlikely to get to university although they may prevent others from doing well. It would do you good to watch someone who matters to you go through the HSC torment.

Some of these cases will be unfair. As to failing subjects, my uncle failed first year maths, to the horror of his mathematically talented father, but went on to win a chemistry Nobel. When my eldest was at ANU, she was trying to earn a bit of money, though we could just about afford the residence costs. Some perhaps most of the employers were simply pricks who would not allow flexibility for field trips, removed shifts at no notice and generally deserved time in the stocks and then on the triangle. The economic stress must be a big factor in early failure. Luckily she did not have real trouble there, but some of her friends did. Yes there are people at uni who maybe should not have gone, but there is nothing like the experience elsewhere ( though the human growth component has diminished greatly since my days) so given that you have the basic skills and talents required, how would you know without trying it out? Many a life has been built on an uncertain start. It might be poor subject advice or choice, then discovery of the true path. As usual Tehan is behaving in the manner of both a mongrel and an incompetent.

My 25+ years of working in universities across both arts and science disciplines, has led me to note that many students take the first year to ‘settle in’ to expectations at university. In science, in particular, a number of students don’t ‘hit their straps’ as it were until 2nd year, when all the groundwork they have in first year suddenly becomes a light bulb. And they may have failed a couple of units and needed to repeat to get to that stage.
As stated in the article, reasons for failing are complex and multiple, and the answer is never a sledgehammer.

True Hathor, and I also have 20+ years exposure, but more informed as a parent.

University learning is fundamentally different from school where lessons are handed to you on a platter. It requires a different skill set plus some independent effort, unsupervised. First year is about settling into that new mode of learning.

Interestingly, the students who have the most trouble are those who came fro high end private schools where everything does get handed to them on a platter. They have the greatest culture shock and the biggest adjustment. Not anecdotal, from widely researched peer reviewed papers.

So Tehan may be shooting himself in the foot.

If this whine is any example I prefer the listicles – at least they are brief.
What an astonishing avoidance of the obvious, for obvious reasons – nobody must fall, all must have prizes. (apologies to Neil Postman.)

Maybe so, but this latest half-arsed “reform” from the ignorant fool who masquerades as education minister will only multiply that. Academics are human beings, who usually have considerable empathy for their students, including the failing ones. The knowledge that one more fail will effectively destroy a student’s prospects of ever completing a degree will make many academics even more reluctant to fail them than they are at present, under the relentless pressure of moronic metrics.