Tips and Murmurs: Pericles is cancelled … a doc is docked … job of the year

Cancel culture has made it to the ancient Greeks.

Beware Greeks bearing quotes In hindsight, it’s very predictable that the Western civilisation enthusiasts at The Australian would seize on Victorian Health Minister Jenny Mikakos’ admiration for the ancient Greek statesman Pericles, with Janet Albrechtsen pulling a “you, madam, are no Pericles” in today’s column.

Even better, 3AW’s Neil Mitchell yesterday leapt to action like the world’s most annoying pub trivia team captain; asking why she would admire a man allegedly involved in embezzling the treasury of the Athenian empire.

So now they’re coming for the ancient Greeks? Where will cancel culture end? We look forward to Nero being forced to take some time away from the spotlight to consider his actions.

Having a good pandemic This morning Royal Melbourne intensive care doctor Katarina Arandjelovic — having apparently “worked 56 hours over four days in helping look after some of our state’s sickest patients” — posted about ending her shift to find a parking fine:

Arandjelovic points out public transport isn’t an option for frontline medical workers and the free permits offered to medical practitioners are “long gone” and “there were too few to begin with”. If nothing else, it’s an interesting insight that the Council of Melbourne classifies parking inspectors as essential work in the time of COVID-19.

No transparency for greyhounds As Crikey has reported over an extended period, state governments and industry associations are happy to feign concern about the welfare of dogs in the brutal greyhound exploitation “sport” while doing nothing to curb the more egregious outrages in the sector and throwing taxpayer money at an unviable sport.

One of the ways racing bodies have pretended to give a stuff about welfare has been to set up schemes to fund vet bills for dogs injured during races — something industry bodies in several states announced in the wake of the exposure of the industry by Four Corners in 2015.

But finding anything out about how these schemes is nearly impossible. The group Coalition for the Protection of Greyhounds (CPG) collated what data there is on the schemes and discovered virtually none of them have ever reported on what money has been spent.

The NSW scheme, for example, was set up in 2018-19 but has never reported any expenditure. Queensland had a scheme for two years, never reported anything about it, then announced a new scheme in June. Victoria and South Australia set up schemes and 2018 and 2016 respectively and have never reported on them.

CPG suspects this is because trainers still find it far cheaper to kill an injured dog than to treat it; the NSW scheme, for example, only offers $2500 when it can cost $4000 or more to treat a dog with a broken limb.

Only WA bothers to report — and only after CPG called them out earlier this year. Meanwhile, there is little interest in basic things that would make this horrific industry a little less brutal, like reducing the numbers of dogs in a race and running them on straight tracks.

I really don’t icare do u Talk about an out-of-date job description. A tipster points out that three weeks ago New South Wales’ scandal plagued workers’ compensation scheme icare advertised for a media and social communication adviser.

Among the role’s responsibilities, “monitoring icare’s media coverage to produce and distribute reports to key internal stakeholders” probably got a lot busier than the applicant anticipated and “identifying and organising interview opportunities and stories” got a lot easier, just not in a good way.

Indeed, given the flurry of revelations about icare that broke a mere week after the job was advertised, we suspect there’s never been a new employee with a stronger case for a pay rise. 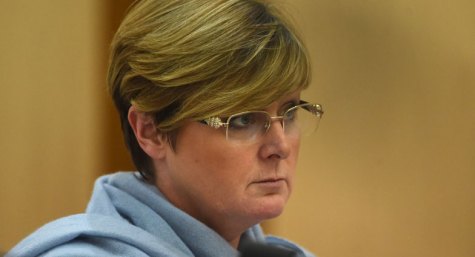 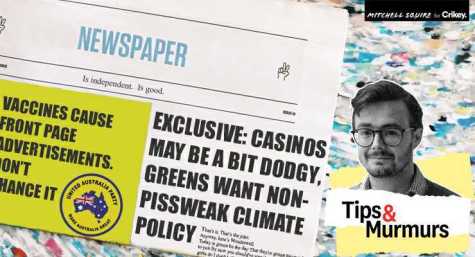 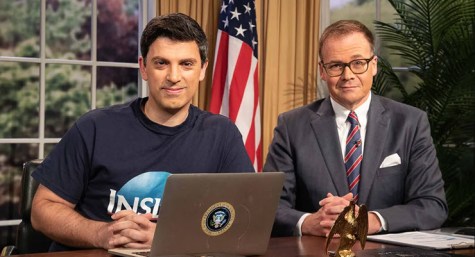 Honestly, can we just ban animal racing already and replace it with some computer games? I can only imagine it would be cheaper and allow for even more guzzling of gamblers hard earned money.

Failing that, please replace all horse racing with people wearing a 2-person horse costume and forcing them to run. It will at least make the whole experience somewhat palatable.

There is a precedent – when foxhunting with dogs was banned in the UK it became the norm to have a serf drag a lure for the unspeakables in pursuit of the inedible to tally ho after.

“Where will cancel culture end?” Something weird about blowhards Janet Albrechtsen and Neil Mitchell being accused of being “Cancelers”. I’m sure they see themselves as very anti cancel culture.