We’re scared of aged care, but there is a silver lining

Crikey's older readers share their fears (and some positives) about the pandemic and the lockdown.

In our Missing Voices series, Crikey is asking our older readers to share their first-hand experiences of the pandemic.

Lee Tonkin writes: Having just turned 75, there are two things that I dread: going into aged care, and dementia.

Many of us are supporters of euthanasia for these reasons, and others.

Now if I was in a home, got COVID-19, my favoured option would be to stay where I was and quietly demise, NOT be carted off to die alone and on a ventilator. Is anyone offered this option, I wonder?

It would surely be cheaper, and probably preferred by many.

Suddenly I am considered old and in need of protection; I don’t like it.

But mostly I feel a great sadness: sadness for my little grandchildren living a life of lockdown and facing an uncertain future; sadness for the wretched state of my beautiful country; and sadness for the degraded planet my generation will leave behind.

To young people I say: please try to do better.

Barbara Flowers writes: I’m 72 and I don’t see our pandemic response as being solely about protecting the elderly, though I’m glad that’s happening.

But it’s also very much about not allowing a virus with an unknown “tail” getting into the entire population and destroying the health of a significant number of people of all ages, possibly for decades and producing lifelong health problems.

COVID-19 has as yet not fully known future consequences, repeat infection seems to produce much worse symptoms and outcomes. And repeat infection will happen at an increasing rate in a population where the virus is running unchecked.

We ought to be as cautious as we can be about the outcomes for our grandchildren. For many old people that would be of much greater concern than just our own lives.

Ian Cross writes: As an 82-year-old grandfather I fear for my grandkids. Finding a vaccine and the virus should be alright next year, not so climate change. We must act now before it is too late.

What worries me is the fossil fuel lobby and gutless politicians, I fear it will be too late to stave off disaster for planet earth.

Crikey is calling for readers in their 70s and beyond to share their first-hand experiences of the pandemic. To contribute, write to us at boss@crikey.com.au with “Missing Voices” in the subject line. 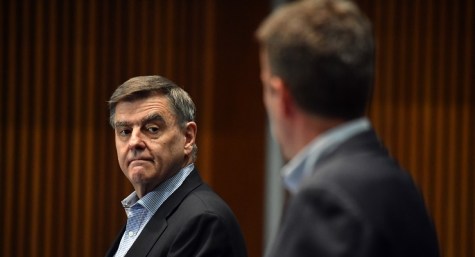 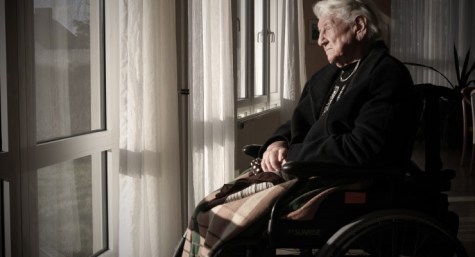 Australia’s elderly are looking to the future, and you should too 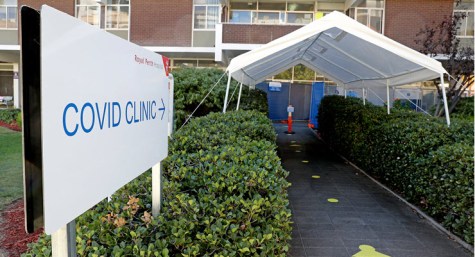 Missing Voices: WA’s hard border is only a stay of execution

Great thoughts from each of you, thank you.

If those above were available I’d be in favour of a gerontocracy rather than the callow chancers & incompetents currently strutting the stage.

It IS too late. If they and by THEY I mean the elites of the world who own most of it and runs all of it had acted thirty years ago we would have stood a chance. Instead of that, the corporate coup d’etat (1) that runs the USA has done everything they can to sabotage any response to climate change. I pick out the US because they alone are the biggest emitters of carbon and other greenhouse gases by a mile, and they own most of the companies that do the polluting. All of the Anglo countries, UK, Canada, New Zealand and Australia copy everything this evil empire does.

There is no way anything can be done now to stop runaway climate change. The scientists keep banging on that there is “still time”. Bullshit. That is a triumph of hope over experience.

We are in an interregnum, as Chris Hedges rightly points out, between the the end stages of corporate capitalism and the apocalypse. The stage where Marx pointed out that corporate capitalism eventually cannibalizes the very institutions that make it possible. And no, I’m not writing about a religious apocalypse, but rather a geological epoch called the Anthropocene. Marx was an idealist whose solutions to capitalism were utopian, but he understood capitalism extremely well. He may have been wrong about some things, but he was right about corporate capitalism it has within it the seeds of its own destruction.

The Great Neo-Liberal con which had the aim of bringing back the class system in spades, has been the enabler of the unfettered corporate coup d’etat. People are starting to wake up to this giant, inequitable and ultimately terminal Ponzi scheme, but it is too late. The corporate oligarchs control the state, it’s police, it’s armies and its surveillance apparatus.

Where does Sars-Cov2 fit into all of this. Well overpopulation, trade and wars are what gives these viruses and their larger relatives bacteria the opportunity to wreak havoc. Bubonic or more accurately infection by Yersinia Pestis was visited on humans by the the instruments of empires. The mercantile class was not satisfied with the profits they made from their indigenous poor people so they or their vassals went abroad. Yersinia Pestis went with them. Who died? Well some rich people did, but mostly it was the poor trapped in the slums of the big cities and unable to escape. The wars initiated by the rich in the interests of their wealth and greed also spread bacteria and viruses. Spanish Flu was so bad because of WW1 and the massive movements of whole armies around the world.

The rich, who visit all of this upon us ordinary people think they can buy there way out of climate change. They will continue to closet themselves away in gated communities and will use the violence of the state in the form of the police, the military and mass incarceration, to protect themselves from the rest of us. That will work for some time, but eventually they or their children will succumb. I hope it’s slow and painful process, they will have deserved such an end.

With a crumbling of civilization and along with it, health infrastructure such as water and sewage treatment and the medical system, it won’t be covid-19 that finishes us off, it’s not deadly enough. It will be other diseases. Our old enemy Yersinia Pestis is still around in the USA and other places, along with cholera, HIV, Tuberculosis, Malaria, Ebola, Mers etc etc. The list goes on.

Major wars will erupt over immigration forced by starvation and disease. Major border tensions exist now on the fifth longest border in the world between India and Bangladesh:

“The border is used as a route for smuggling livestock, food items, medicines, and drugs from India to Bangladesh. Moreover, illegal immigrants from Bangladesh cross the border to India. Because of a large number of illegal immigrants crossing from Bangladesh into India, a controversial shoot-on-sight policy has been enforced by the Indian border patrols.[4][5][6] This policy was initiated with reports of violence between the illegal migrants and Indian soldiers.[7] The border has also witnessed occasional skirmishes between the Indian Border Security Force (BSF) and the Border Guards Bangladesh (BGB), most notably in 2001. ” Wikipedia

If the partition of India resulted in 1 million murders as a consequence of the forced immigration of around 15 million people then don’t expect anything less from climate change.

There are at least a dozen more hot spots around the world, a lot of which involve countries with nuclear weapons, but I think the point is pretty clear to anyone who takes the time to think about it, so I see no need to itemize these here.

It’s not use living in hope that something will come up and save us. Sophisticated civilizations have risen and fallen for all of recorded history. Those civilizations like us believed they were invincible and would go on forever. They didn’t. Various factors like, climate change, geological catastrphe’s and complexity saw their downfall. It will be no different for us with the exception that unlike those past civilizations we will have destroyed our environment on the way down so there is nothing left from which new sophisticated civilizations can arise.

Hope may spring eternal from the human breast, but hope without action is just magical thinking.

I see no hope because there is no action. Just more of the same greed and hubris from the ruling class and the sycophantic political class that does their bidding.