Like him or not, the WikiLeaks founder represents things that need protecting.

I want to ask my journalist colleagues in Australia: why the silence over Julian Assange? Is it because you don’t think he’s a journalist? Is it the sexual assault allegations? Because he belittles mainstream media? Fear you might lose access to those in power? Fear you might be called an activist? Or have you just forgotten?

Journalists like to think they would go to jail to protect a source. Well Assange is in jail, in failing health in London’s Belmarsh prison, awaiting the resumption of his extradition hearing on September 7.

That hearing will determine whether he is extradited to Donald Trump’s America, where he faces 175 years in jail for exposing how the United States waged war in Iraq and Afghanistan and did business with its allies and enemies.

Assange has been a fine source for Australian journalists for more than 10 years as founder of WikiLeaks. They’ve written countless stories from his leaks and he helped to unlock new ways for media organisations to shine a light on how the powerful operate — with methods WikiLeaks devised so whistleblowers could send documents securely. 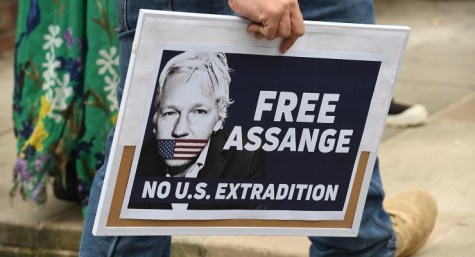 Assange stands up to the courts — but what of the press?

Now journalists have the chance to put pressure on the government to bring Assange home. If they won’t speak up for him, should they use WikiLeaks’ treasure trove? Is that morally right?

The charges against him under a World War I-era law stem from the release of Iraq and Afghanistan war logs, State Department cables and assessments of Guantanamo detainees.

The Committee to Protect Journalists has said the 18-count indictment “criminalises key reporting practices and the publication of information obtained through them. And the extra-territorial application of the US Espionage Act means that any journalist anywhere in the world could potentially be prosecuted for publishing classified information”.

Assange represents something that needs to be protected.

Did the global community have the right to know how the US military conducted war in Iraq and Afghanistan? Absolutely. Just watch the “Collateral Murder” tape Assange released in April 2010.

It showed for the first time what the war in Iraq really looked like: an Apache gunship kills a dozen people in Baghdad on July 12, 2007, including two men from Reuters: photographer Namir Noor-Eldeen and driver/fixer Saeed Chmagh.

I was the Reuters bureau chief in Baghdad. Noor-Eldeen and Chmagh were killed on my watch.

That classified video, obtained by Chelsea Manning when she was a low-ranking military intelligence officer in Baghdad, catapulted Assange into the international spotlight. It made WikiLeaks a household name. You can imagine my shock to find it missing from the charges against him. I soon realised why. This is a world the Pentagon never wanted you to see: potential war crimes and cruel pilot banter.

Why would the US government put that in a court of law, let alone the court of public opinion? It’s why the Pentagon refused to give Reuters a copy of the tape.

As far as some of the reasons journalists might be silent about Assange, I believe any woman about sexual assault or harassment. I believe what the two women in Sweden said about him. But that’s a separate issue. Read this 2019 statement by the UN special rapporteur on torture Nils Melzer on the handling of the allegations by Swedish authorities.

And whether Assange is a journalist or not is irrelevant. What matters is the precedent: the potential jailing of a foreign national in America for exposing government secrets. Recall that last year the Walkley Foundation board said it opposed his extradition. It gave WikiLeaks an award for most outstanding contribution to journalism in 2011.

I’m not saying Assange hasn’t made errors of judgement — or worse. He should never have published the Iraq and Afghan war logs without scrubbing the names of individuals whose lives could have been put in jeopardy.

And his case is also not about activism — it’s about protecting our profession.

Look at the ABC’s Dan Oakes. Australian Federal Police (AFP) have asked the Commonwealth Director of Public Prosecutions to consider charging him for publishing classified information over stories on potential war crimes by SAS soldiers in Afghanistan.

The accuracy of his reporting from 2017 has never been challenged. Defence asked the AFP to investigate him. The final decision will be made by the attorney-general. Does that sound like democracy?

Why did I take so long to speak up? For many years I buried what happened to Noor-Eldeen and Chmagh. I buried all the trauma I experienced as a journalist. Then came PTSD, moral injury and three admissions to the ward 17 psychiatric unit in Melbourne.

When I began to think about Assange, I found him troubling and unlikeable. Then several months ago a friend, Peter Whish-Wilson, Greens senator for Tasmania, came to see me. He asked if I’d consider speaking up for Assange by talking about Collateral Murder. He set out what was at stake.

It’s not too late for Australian journalists to push back against those who want to keep the public in the dark.

Dean Yates was a journalist, bureau chief and senior editor at Reuters for 23 years until he was diagnosed with PTSD in early 2016. He was head of mental health and well-being strategy at Reuters for nearly three years until January 2020. He lives in Tasmania. 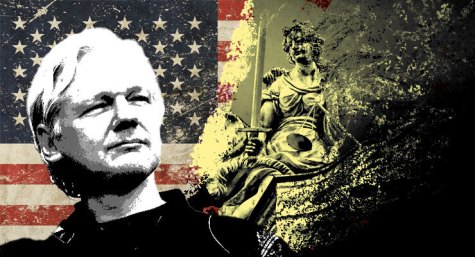 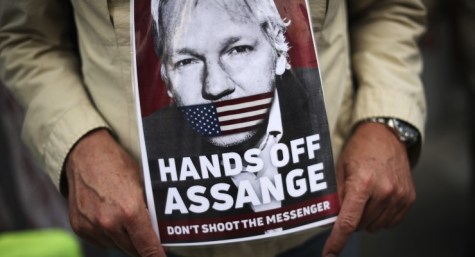 Manning and whistleblowing in an age of persecution and indifference

and slowly… ever so slowly the media privileged speak up. Better late than never I suppose but what chance does Julian have if it’s all about whether he’s liked or not. Happy to have you on board now Dean.

I agree Maxim — this should not hinge on whether Julian is liked or not. Journalists, like other human beings, sometimes let personal feelings get in the way of better judgement. I won’t deny it happened to me. cheers dean

Another irony arising from the relative silence of journalists in support of Assange is the hostile reaction to China’s issue of arrest warrants for expatriate Hong Kong and British citizens accused of what the PRC identifies as seditious utterance in pursuit of greater autonomy for Hong Kong. What difference is there in character in the action of US authorities and grand jury against Assange. He is charged with offences not part of the law of the country in which they were allegedly committed and his extradition is plausibly sought from the UK. Instead of rebuffing the US retaliation for disclosures about war crimes committed by it, the UK has harassed Assange to the point of torture and looks ready to advance his extradition in defiance of human rights censures.
Hypocrisy and double standards have become hallmarks of Australian media outfits. They rail against PRC harassment of Hong Kong freedom protestors but stand mute about an Australian whistleblower publisher exposing US war crimes and other global skullduggery.

Britain will have to hand over Assange as they grovel for some sort of US trade deal to stave off collapse post Brexit.
Not only is there no quid pro dollar for this country, quite the opposite – it is our beholden duty, as a nation & people claiming to believe in Justice, to do whatever it takes.
As to bargaining chips, the real reason for the Dismissal, those nuclear target leases should be worth something.

I am still surprised that it took you so long to speak up, or why you found Assange troubling, but thank you for speaking up anyway, even if a little late, perhaps too late….
Would you consider writing in more detail for Pearls and Irritations or The Guardian, or doing an ABC special interview if they were game to have you?
Your valuable insights deserve a much wider audience than just the privileged few at Crikey.

Thank you for your comment Fairmind, I get your point. Given Collateral Murder, I should have led the protest marches, right? As I said in the piece for Crikey, I buried for many years what happened to Namir and Saeed, the Iraqi staff killed in Baghdad. I buried the existence of the videotape, anything that reminded me of it, I buried. It’s a classic PTSD symptom. I lived in my own world — PTSD and moral injury, psych ward admissions. I also worked for the world’s largest news provider, Reuters, until early 2020. Reuters PR didn’t even want me posting on social media about mental health and wellbeing at one point so I’m sure posts about Julian would have earned me a rebuke. Which is no excuse, of course. But when I did start thinking about Julian, I let personal feelings cloud my views. The books and articles I read about him. The non-redaction of some of the war logs. I found that particularly troubling.

I did a long interview on ABC Radio Hobart on Tuesday – still hoping it will be posted as a separate piece. You can see my interview with Chris Hedges On Contact here. https://www.rt.com/shows/on-contact/494435-chelsea-manning-wikileaks-release/

Got something else cooking with ABC. I like Crikey. Easy to deal with from a writer’s perspective – and they have 181k Twitter followers, which is pretty good. Cheers, dean

Thanks for your words Dean. I understand that the US military have stated in court that there is no evidence that any material Wikileaks revealed has led to any deaths so can we put that malicious suggestion to bed. There is a general cowardice in Australian journalism to stand with Julian Assange. They have placed no pressure on the Australian government to stand up to the UK and USA governments, in the defence of Julian. If our government had taken a principled position from the beginning Julian may well not be languishing in Belmarsh Prison now.

Anyone else thinking of Martin Niemoller? Or Edmund Burke?