Daniel Andrews' government has been very aware of the security industry's dodgy behaviour for at least five years.

There’s one question Victoria Premier Daniel Andrews just won’t answer: why his government decided to appoint security firms rather than the army or police to guard travellers in quarantine — a misstep thought to be a major factor in COVID-19’s renewed spread through Melbourne.

We think we know why.

An Inq investigation into private security firms reveals the government has been acutely aware of the industry’s record of dodgy behaviour going back to at least 2015, but it and the industry have failed to rein it in.

How did Victoria get here? Examine the lack of diversity in decision-making

In mid June, as hotel quarantine cases had well and truly breached security and made their way into the community, the Andrews government quietly kicked off a long-promised review into Victoria’s private security industry.

As they say, you wouldn’t read about it. But you are.

The review stemmed from a pre-election promise made by Andrews in October 2018 to the United Voice union — now United Workers — which covers security guards. (The union has lost influence in the sector which relies in part on outsourced and piecemeal labour.)

The official announcement said the aim was to “raise industry standards, improve safety of employees and the community, and ensure workers are paid properly and fairly”.

The review also zeroes in on union concerns about “insufficient training and support (including inadequate equipment)” and sham contracting, as well as industry concerns about shoddy operators.

The review’s timing — with a report due in December — is unfortunate to say the least, given the serious claims which have emerged about the way private security firms breached containment procedures at Melbourne’s Stamford Plaza hotel in particular, a breach considered responsible for at least 50 cases.

Testing indicates a security guard as the source, and linked to the a family cluster in outer south-east Melbourne.

The claims, not yet corroborated, include that security staff:

Claims have emerged that guards received as little as 10 minutes’ training in how to contain the spread of COVID-19, that several subcontractors were used with varying training levels, and that one guard was paid $20 an hour, cash in hand.

Yet, as Inq has discovered, these claims of shoddy practices are similar to claims made in 2015 when the Andrews government, concerned about the exploitation of workers in piecemeal insecure work, ordered an inquiry into labour hire.

That inquiry heard that private security services in Victoria were “almost entirely” supplied by contract security firms and that there was a “growing practice” for those firms to use subcontracted labour. One security industry worker told the inquiry:

“I was employed through a labour hire agency. An under $20 flat rate, for all hours and shift lengths regardless of warning, overtime, casual loading, night loading. No roster, 24/7 on call. The company I work for changed its ABN and business name every three months without warning. They cut our pay with no warning. I just noticed a lower pay rate in my payslip and asked, and that’s when they told me we had a pay cut.”

The inquiry lodged a hefty set of recommendations in a 424-page tome with the Andrews government in August 2016.

As that report landed, yet another inquiry kicked off, this one commissioned by the federal government at the end of 2016 covering migrant labour, insecure work and wage theft in various industries including private security firms.

By the end of 2018, the Andrews government had introduced the Labour Hire Licensing Act 2018 to combat labour exploitation and dodgy labour hire operators.

It established an $8.5 million independent statutory body, the Labour Hire Authority, to implement laws which included tougher registration requirements for labour hire operators and a requirement that any “host” company using labour hire firms must use a firm registered with the authority.

The Andrews government appointed Steve Dargavel, a tried-and-true friend of the union/ALP complex, to a five-year term as commissioner.

Dargavel had a career spanning close to 30 years as an official at the Australian Manufacturing Workers’ Union, starting as an organiser and finishing as Victorian state secretary. He also had a 12-month stint as an ALP member of federal parliament after being shoehorned in via a byelection.

Dargavel has been in charge of the Labour Hire Authority for over 18 months, but it would appear little has changed in the security industry given there is yet another review under way as of June. The authority has not responded to Inq’s emailed request.

The security industry’s professional body, ASIAL, has told security firms they must abide by the new laws when engaging temporary labour — and at the same time has decried the legislation as confusing.

Security firms MSS Security and Unified Security, named by Andrews in connection with the botched hotel quarantine work, are both members of ASIAL. Neither responded to Inq’s questions.

ASIAL told Inq: “Without access to specific knowledge of the contractual arrangements and dealings in place for the Victorian hotel quarantine program, it is difficult to make a definitive statement regarding allegations of subcontracting and cash payments.”

Next: the security firm, the Indian billionaire politician and the Paradise Papers 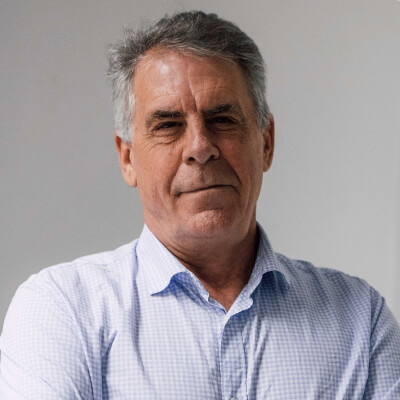 Why do the states have such mismatched approaches to beating the virus down?

Border closures are a blunt and potentially dangerous instrument. Here’s why

You can look at it top-down as a matter of industry regulation, but there is no prima facie reason why private contractors cannot do the job as well as, say, prison or military officers.
In this case, I would look at the selection of the contractor(s) and the development and management of the contract. All these aspects are in the control of the State government.
It’s boring stuff, the devil will be in the detail.
•Which firms bid for the contracts?
•Which firm(s) got the contracts?
•Do the directors of the successful bidders have connections of any sort to the Victorian government or the ALP or ALP connections?
•As the contract would have been drafted by the government but finalised in negotiation with successful bidder, how did the final contracts differ?
•Who was responsible for initiating and approving those differences and did those individuals have any conflict of interest?
•What were the contract performance criteria?
•Specifically, did those criteria focus on public health outcomes or process outputs?
•Who in the State government were responsible for monitoring the performance of the contractor against those criteria and for managing the contract?
•Did the government’s contract managers/monitors perform their role with professionalism and integrity?

Good comment Keith. I would guess that the need to act immediately has seen normal bureaucratic procedures, which can be ponderous so as to address the points you raised, jettisoned. I suspect outcome was prioritised over process.
There is no doubt the security industry needs to be sorted out with proper regulation and monitoring. Of course that raises the question of who will do the monitoring, given the annual cuts to public service employment as more services are out-sourced according to neo-liberal orthodoxy.

Your final sentence is the nub of the problem DF. The rise of managerialism, just in time resourcing and the slimming down of organisations to ‘core functions’ all in order to save money and, in the private sector, increase profits, means that many businesses ,governments and other organIzations outsource a lot of their work. This has led to the rise of the parasitic labour hire sector which recruits and employs staff who actually work inside another organisation. Cedar Meats did that, hospitals do it with cleaning, catering and ward assistant staff, and governments do it. It has been Matthias Cormann’s favourite way of cutting Federal public servants, employing contract staff on short term hire who don’t have the knowledge or experience to do the job effectively, or possibly even lawfully eg RoboDebt staff, Centrelink call centres, etc

There are many problems with the outsourcing model. It is a canker on the labour market and produces fragmented and less effective workplaces. Just a personal view.

KeithT, all that would happen in the normal course of events, and even then politicians overrule considered arguments put forward by the public servants, the Federal LNP the worst example of all.

In any case it takes 3 to 6 months to do proper due diligence on that stuff. They had days. I have previously dismissed one of the Keith’s scuttlebutt about Ministers attending a constituent’s funeral, as if that was some damning piece of evidence.

The bigger issue is that some very large firms get through all the public service filters, but no one takes into account that said firms have never paid tax in Australia, have opaque accounting, have been connected with dodgy dealings overseas, have been caught out in using labour hire firms that perennially underpay staff, and then ship off all their profits to the Caymans.

Any of those should see them crossed off all govt contracts, but still their names reappear.

Not referencing any company named on these pages.

All of the controls needed to make outsourcing work properly means that it would be better for the government to do the function itself.

yeah lol, so much effort, the whole point of subcontracting is to not deal with all these details. add oversight like this and you are better off doing it all in house.

‘if you want a job done right, do it yourself’

Why he won’t answer? Clearly because there is no good reason for the hiring of private security firms, given this history.

Why they hired them? Still unclear.

They’re cheaper than the police or army, although not really if the police are deployed to doing this rather than harassing young people, menacing people with sniffer dogs that are wrong 80% of the time, or chasing down parking fines.

“…but still their names reappear. ” I guess that’s what I’m really wanting explained.

Some people seem to be of the view that Victoria was the only State to use private security guards in hotel quarantine and that other States used ‘higher quality’ resources like the police and the army. This is not correct , at least South Australia and New South Wales used private guards as their main workforce with a sprinkling of police in some cases

Worse for the Andrews’ govt is that a security guard at the Pan Pacific in Perth had ‘slipped’ up the same way in late May, apparently getting ‘too close’ to residents doing their quarantine in the hotel- https://www.abc.net.au/news/2020-05-12/wa-coronavirus-case-perth-pan-pacific-hotel-rottnest-quarantine/12237686
Victorian Govt, and others, should have taken this as a warning about using similar firms in their own cities. The WA Govt responded by putting Police into these roles.

Whoever the Andrews Government had chosen to do the work would have been untrained, as they still are in other States. Decisions had to be made quickly and were always going to be high risk. The risk has paid off, so far, in some states, but not in Victoria,
The risk is high because every state has degraded its public health infrastructure to the level of tokenism, all in the name of ‘efficiency’, despite being warned about an inevitable pandemic by health professionals.
Why were MBAs and accountants listened to and not the health professionals? This is the real story and the core reason why we have this problem now